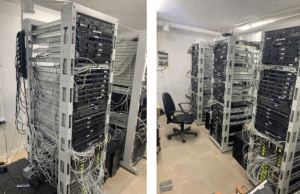 We might want to host your own host for various reasons such as to store data, running mail servers, to use for SSH tunneling, HTTP or HTTPS tunneling, or maybe even as an open VPN host and so on the list is pretty endless for why you might want a host in the cloud for security, privacy and anonymity. It may be prudent that the server or hosting firm is out of the sphere of influence of your adversaries. This could be done by using a data center that is hosted in a location that is hostile to your adversaries so if you’re concerned about the Iranian government for example maybe you would look at a host that is located in the United States. There are servers that are extremely secure and especially resistant to influence and or lenient on what the servers are used for and for this reason they are called Bulletproof hosting service or BPHS and another term similar to be Bulletproof hosting is offshore hosting and they are pretty much a similar sort of service.

In theory bulletproof hosting and offshore hosting should be more resistant to pressure from your adversary however the owners of the services though are potentially untrustworthy and most of the servers are used for illegal activity but what is illegal in one place may not be in another. And that’s why people sometimes use these servers in different locations which is why for example Chinese bulletproof hosting providers host copyright content because China doesn’t really consider copyright as a real thing. One country’s law is no country’s profit.

This Web site here has a long list of offshore or what claimed to be offshore hosting services so if you want somewhere as a little start for finding offshore services and bulletproof hosting services then have a look there. I have no knowledge whether any of these are any good, this is just a place to start. You can also search the hacker and blackhat forums and the dark web to find their providers. Many advertise on Russian and Chinese speaking forums only which makes them difficult to access for English speaking people.

Bulletproof hosting prices depend on the risk involved in hosting certain content or the perceived risk by the distributors. Those that allow what would be considered low-risk content hosting rent out their servers for as low as $2 per month. This kind of offer is available in several countries and any customer found guilty of engaging in malicious or fraudulent activity at this low-risk level will be refused the service. And then you have what might be considered the middle tier of bulletproof hosting predominantly based in Russia and Lebanon. These servers can host both medium and high-risk content for around $70 for a dedicated data center and around maybe $20 for a virtual private host or VPS per month. Next, you have the high-risk servers where you’re looking at around $300 per month. A customer can host critical infrastructure projects or high-risk content in servers and mostly they’ll be hosted in China, Bolivia, Iran, and Ukraine.

I recommend caution and never connect to them from your real IP address or leave a money trail otherwise there’s little point in using them but using offshore and bulletproof hosting is viable mitigation against an adversary or adversaries of significant influence. You’ll want to hide your IP address by using a proxy or VPN. Don’t use your cell phone as it the data is never anonymized.

They could work well as part of a complete privacy and anonymity solution. Storing data, running a web or mail server running a hidden service, to use for SSH tunnelling HTTP tunnelling or to run your own open VPN server out of the influence of your adversary. So that’s bulletproof hosting.

1. What is a bulletproof hosting provider?

2. What makes modern bulletproof hosting so reliable and hard to stop legally?

Bulletproof hosting is frequently located in different countries with laxer restrictions on the type of content hosted on these servers and with laxer extradition laws, making it easier to evade law enforcement agencies.

3. What is bulletproof VPS?

A bulletproof hosting environment VPS is an acronym for Virtual Private Server, which enables you to conduct illegal content and activities. Bulletproof VPS is one of the advantages of doing illegal activities, for example, botnets, online gambling and pornography

4. What does offshore hosting mean?

5. How is Bulletproof Hosting Different from Regular Web Hosting?

Bulletproof hosting operations are similar to regular web hosting service providers, except that these bulletproof hosters are much more lenient regarding what can be hosted on their server or data center. It operates on a “do not ask, do not tell” basis. As a result, bullet proof hosting is frequently located in countries with laxer regulatory environments.