How to Reduce Latency on Satellite Internet

If you have satellite internet you are probably already familiar with latency and have wondered “why does satellite internet have such slow speeds?” Latency is something that everyone has to deal with, not just gamers. There is latency with every action you take on a computer, it just usually isn’t noticeable because the latency is often faster than the human eye can see. If you are experiencing a lot of latency it can be very irritating and unpleasant, so here are a few ways you can reduce your latency and how to boost satellite internet speed. First, you need to learn how to do a speed test and see how fast your connection really is. You should also learn how to optimize your Windows 10 OS for online gaming and other purposes.

Make sure you are using a wired connection to connect your computer to your router. Wi-Fi is extremely convenient, but it is also a much slower way to transfer data than using a wire and it has a tendency to be unstable. This is a very simple and easy satellite internet latency fix. I didn’t believe it before I tried it either, but my satellite internet  works better now.

Ensure that you are not downloading anything in the background. This can often be overlooked when you are focused on a task or excited to hop into a game or movie, but downloading things from the internet will slow down your computer significantly unless you have very fast satellite internet upload and download speed which is often not possible for satellite internet users.

Many programs will tell you to make sure all unnecessary programs are closed while you are working with them and most people ignore them, but if you are having a latency issue then it is worth going out of your way to close any programs that connect to the internet like web-browsers.

It is also possible that your router is experiencing some kind of issue that can be resolved by simply restarting it. Some less tech-savvy people may be intimidated by this idea, but I assure you that you won't hurt anything by unplugging the power cable from the back, waiting a few minutes, and then plugging it back in. This resets the router and it may take a moment or two for it to boot back up, but no damage is caused.

For those that don't know, the power cable is the one that connects into the wall or power strip, you do not want to unplug any of the other cables so trace it back and ensure it is the one you want before unplugging it.

This is not always an option available to all users but making sure you are connecting to a server that is closer to where you are for your games is a good idea. If you have been playing CS:GO on the same server with all of your friends for years then you might be resistant to changing which is understandable, but it is worth considering to help with your latency issues.

What Exactly Is Latency?

Latency is something you won't notice much if at all while playing single-player games. If you play multiplayer games, on the other hand, you will likely be familiar with latency, or ping, and you probably curse it just as much as the next gamer. To understand latency, you have to have a little understanding of how a computer works.

This is most easily noticed when you are experiencing a symptom called “input lag” which is a noticeable delay between when you make an input like a character movement or an ability of some sort and when your character actually does whatever you told it to do on screen. You might hit the forward movement key on your keyboard or gamepad and your character, instead of responding when you press the button or key, won’t move for a second or more. This is extremely noticeable and disorienting, it essentially makes whatever game you are playing unplayable. 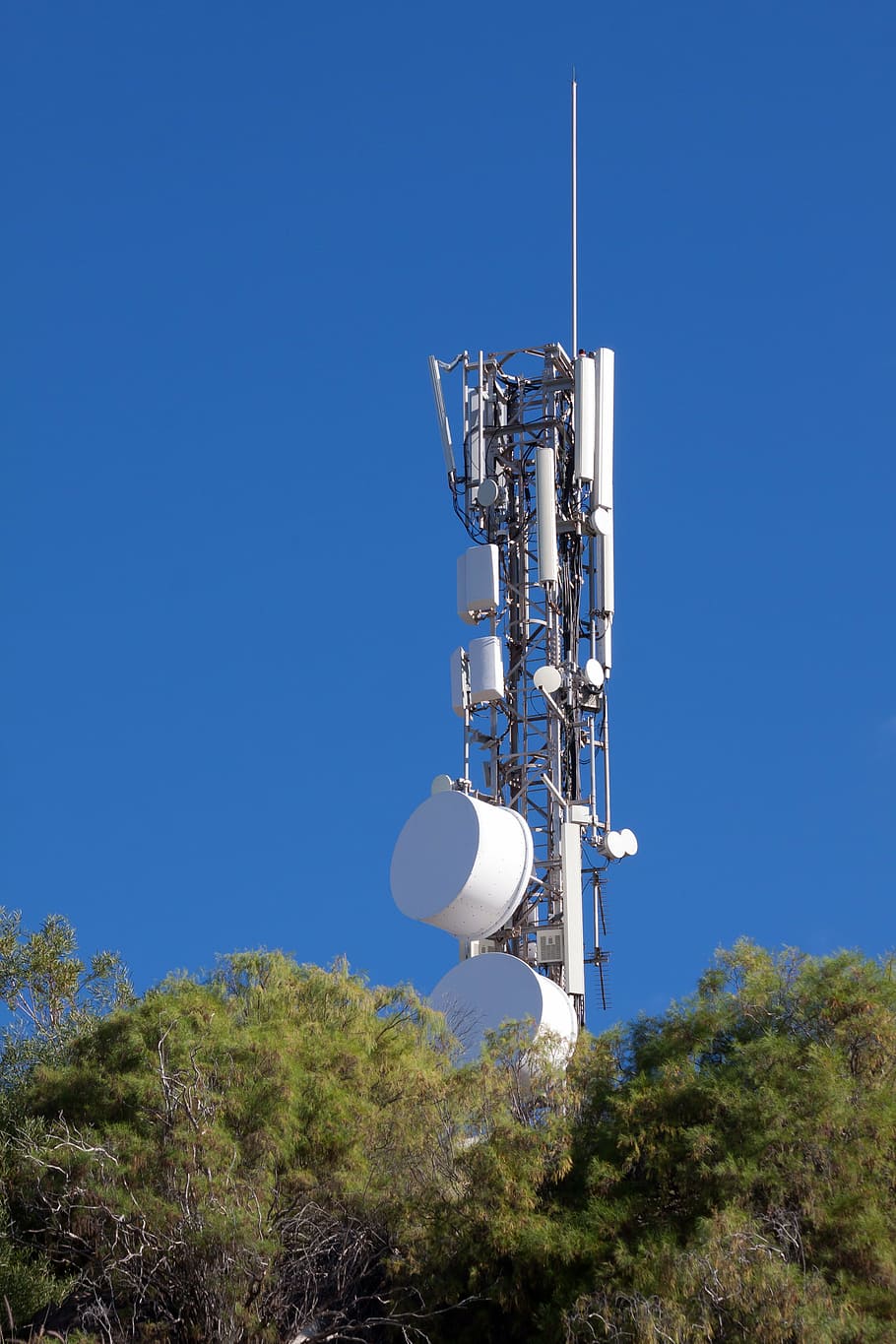 What is Typical Latency for Satellite Internet Connections?

Typically, during perfect conditions, the physics involved in satellite communications account for approximately 550 milliseconds of latency round-trip time. The longer latency is the primary difference between a standard terrestrial-based network and a geostationary satellite-based network.

How Latency Got a Bad Reputation

Many multiplayer games require a fast reaction time with precise timing and repetition of simple actions which tends to build muscle memory in players. When there is a dissonance between your muscle memory and what you are doing on-screen there is a very noticeable reduction in performance and it can be extremely frustrating.

This is how latency got such a bad reputation, it is often blamed for poor performance in online gaming, so often in fact, that you will often be mocked in an online game for mentioning lag or ping at all. It is kind of a similar situation to the legend of the “boy who cried wolf”, people have claimed lag as the reason for their poor performance so often that nobody believes them anymore.

How Does Satellite Internet Perform?

Satellite internet, or satellite dish internet, can perform sufficiently for a lot of games, but it is definitely the worst option you can get when it comes to gaming. Unfortunately, it is the only option available to many internet users and the only way to change that is to move, which isn’t always an option. Thankfully, Viasat, the most common satellite internet provider has started working to make satellite internet faster, which should help with a lot of these problems.

About Getting the Signal to the Satellite Dish

Optimizing Your Home Network in 4 Steps

There are 4 relatively simple things you can do to optimize your home network. I’ve listed them below.

Make Sure Your Dish Is Unobstructed and Aimed Correctly

A professional installer can and should do this for you when you are installing a satellite connection, but if you have to install it yourself then there are a few things to know. The satellites we use for information rotate around the earth at the same speed it does so your satellite dish network satellite position should always be in the same place. Satellites usually float above the equator of the planet, so if you are in the northern hemisphere then your satellite will have to be pointed in a southerly direction, if you are in the south then it will need to be pointed north. Your internet service provider can give you exact directions.

Make Sure Your Modem or Router Is Running the Latest Firmware

Make sure to update your satellite router firmware regularly. This won't only help with latency issues but it is also a matter of personal security. If you fail to update your router you are leaving a hole in the security of your information that is easily exploited.

If You Are on Wi-Fi, Place the Router in the Open and in the Room Where You Use the Web Most

Routers work in a similar way to your satellite internet. If there are obstructions in the way of the signal then you might experience lag and connection issues.

For the Fastest Connection and Best Streaming, Use a Wired Connection

Ethernet cable cannot be understated. A wired connection is much more efficient than wireless connection. Ethernet cable is cheap, there is very little excuse not to take a few minutes to order one online or go grab one from the local tech store and connect your multiple devices to the internet manually and it will significantly improve performance.

If you are using satellite internet it is likely because you don't have any other options. I feel your pain, I've been there. That said, if like me, you had previously used satellite internet for your whole life then you might not know that there are other options available in other places. Cable and fiber are the other internet options and they are both significantly faster and more reliable than the service that satellite internet can provide, so it is worth switching to them if you can.

1. Is latency on satellite Internet bad?

Latency is a term used in networking to describe the delay between when a packet is sent and when it is received. The lower the latency, the better. Latency on satellite Internet is high, which can be a problem for some applications.Thus, main go is to reduce latency on satellite internet.

Another issue with satellite Internet traffic is that the bandwidth is often not very good. This means that you may not be able to watch streaming videos or download large files without experiencing problems.

2. How can I improve my satellite Internet?

3. What is a good ping for satellite Internet?

4.How can I make my satellite internet better for gaming?

One way you can make your satellite internet traffic better for online gaming is to try using a wired connection instead of a wireless connection. Wired connections are typically more reliable and faster than wireless connection, so they're a good option for gamers. You can also try optimizing your network settings to get the best performance possible. To do this, you'll need to know your network's bandwidth and latency values. You can find these values by running a speed test on your network. Once you do a speed test, you can enter the values into your network settings to get the best performance possible. Additionally, you can try using a gaming-specific router or firmware to improve your internet's performance for online gaming.