A computer monitor works the same as a TV screen. Using a computer monitor as a TV will help save you some bucks, and it also saves you space in your house. Today, it is becoming more common to take a multipurpose device and use it for several purposes.

TVs and computer monitors are the same, whether LCD or tube models. If your TV set dies, you can replace it with your old monitor instead of buying a new one. You can turn your LCD monitor into an LCD TV. You only need to ensure the monitor can connect to your cable or satellite receiver to watch TV.

How do you turn your PC monitor into a TV?

How to Turn a PC Monitor Into a TV

But is a computer monitor similar to a TV screen, or what differences do they have?

Differences Between a Computer Monitor and a TV Screen

TVs have a lot in common with computer monitors. For example, both devices offer you HD displays for different activities. Their size, functionality, and prices can be the same. While PC monitors and TV screens have a lot of similarities, they also feature some differences, including: 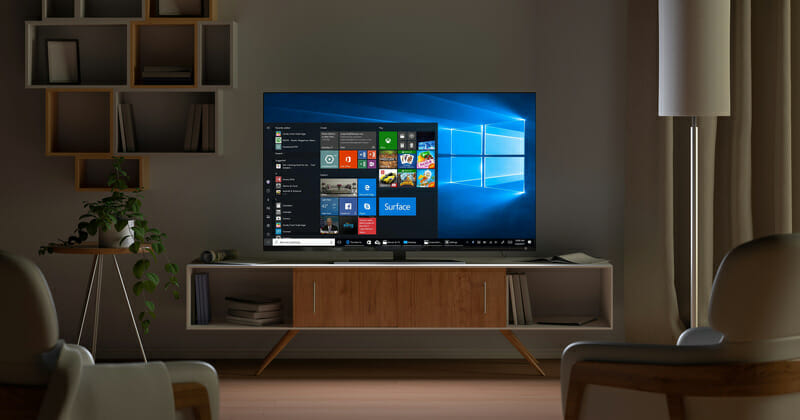 The two displays feature various similarities, but they also have several distinctions. You can also compare the two displays in terms of prices, with the cheapest television costing less than $100 and as high as $50,000. The price variance is dependent on various factors, including ports, resolution, inputs, and screen type. On the other hand, you can get a computer monitor for as low as $80, and the price can go beyond $5,000.

The latest TV sets are more expensive than the fanciest computer monitors since they use a display technology that is not yet available for PC monitors. Both TVs and computer monitors can support up to 8K resolutions, thus offering the best quality images.

How Can You Turn a Monitor Into a TV Screen?

It is possible to turn your old monitor into a TV screen if it has specific capabilities. However, it may not be as simple as plugging in the cable box into a monitor and starting to watch TV. You need to consider factors, and you may have to make some adjustments to your monitor to use it as a TV. Some of the elements you need to consider include: 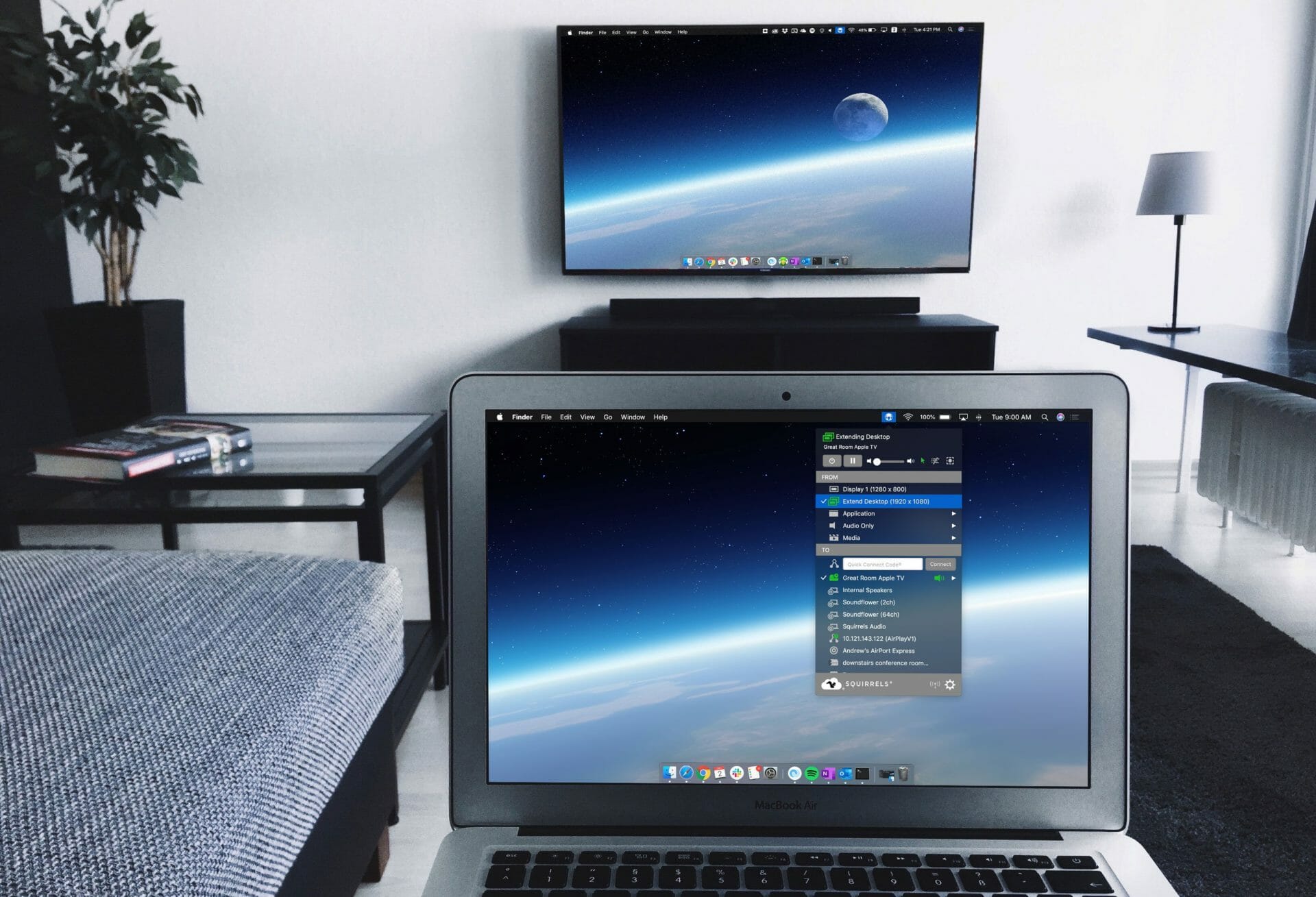 Converting a monitor into a TV is an effortless process if the monitor has an HDMI port. You can use an HDMI cable to connect it to various devices. However, some old model monitors don't have an HDMI port but a VGA port.

If your monitor features a VGA port instead of HDMI, you can use an HDMI to VGA converter. You'll then connect the HDMI output from your streaming source to the converter and connect the monitor to the adapter. The adapter will enable you to get both the audio and video.

The adapter also features an audio output. Even if your monitor comes with built-in audio, it may not be the best quality. You can get an additional device to help you achieve better quality audio.

Using an External TV Tuner With Your PC monitor

A TV tuner is essential for hooking an antenna or cable signal to your computer monitor. The TV tuner is responsible for decoding the signal coming in and transforming it into pictures. Most TVs built after 2006 come with a built-in tuner that helps to convert signals into audio and video. Thus, you can connect an antenna or cable line to your TV without requiring an external TV tuner.

However, computer monitors don't have built-in tuners. Thus, you'll have to use an external TV tuner to convert the cable or antenna signal to video and audio.

Using a Cable Box With Your Computer monitor

If the monitor features an HDMI input with low-quality audio or no audio, you'll require an HDMI audio extractor. The HDMI cable will come from the cable box into the extractor. You'll then plug another HDMI cable into the monitor for the video signal. 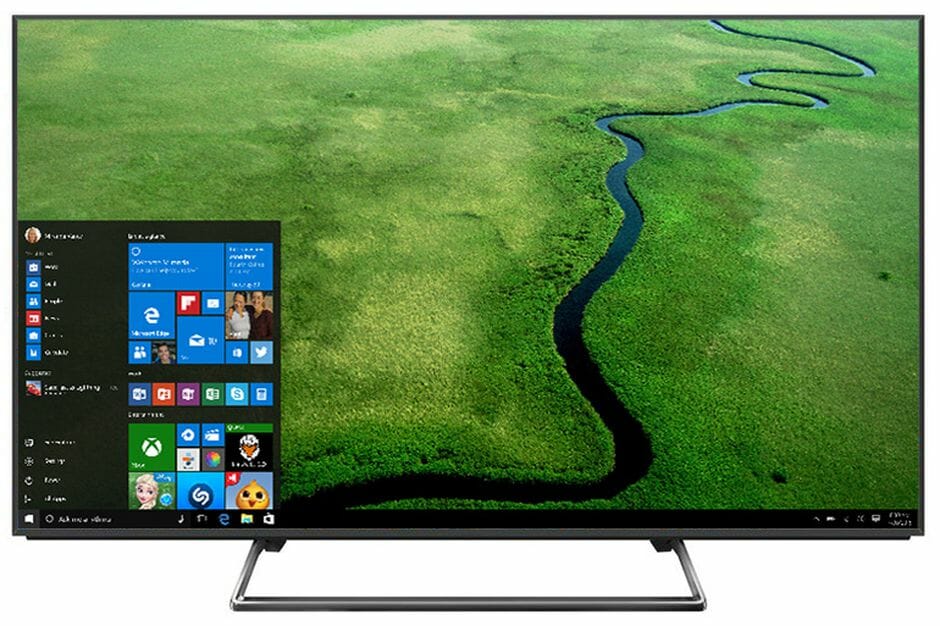 Finally, you'll have an audio output cable running from the audio extractor to your external speakers.

Connecting a TV Antenna to Your Monitor

What if you don't want to develop a smart TV setup or have a WiFi connection or a cable box? You can use a TV tuner and an antenna with your PC monitor in such a case. You only need to know how to make it work and have the right tools.

Since the monitor doesn't come with a built-in TV tuner, you'll also require an OTA converter box in addition to the TV antenna. 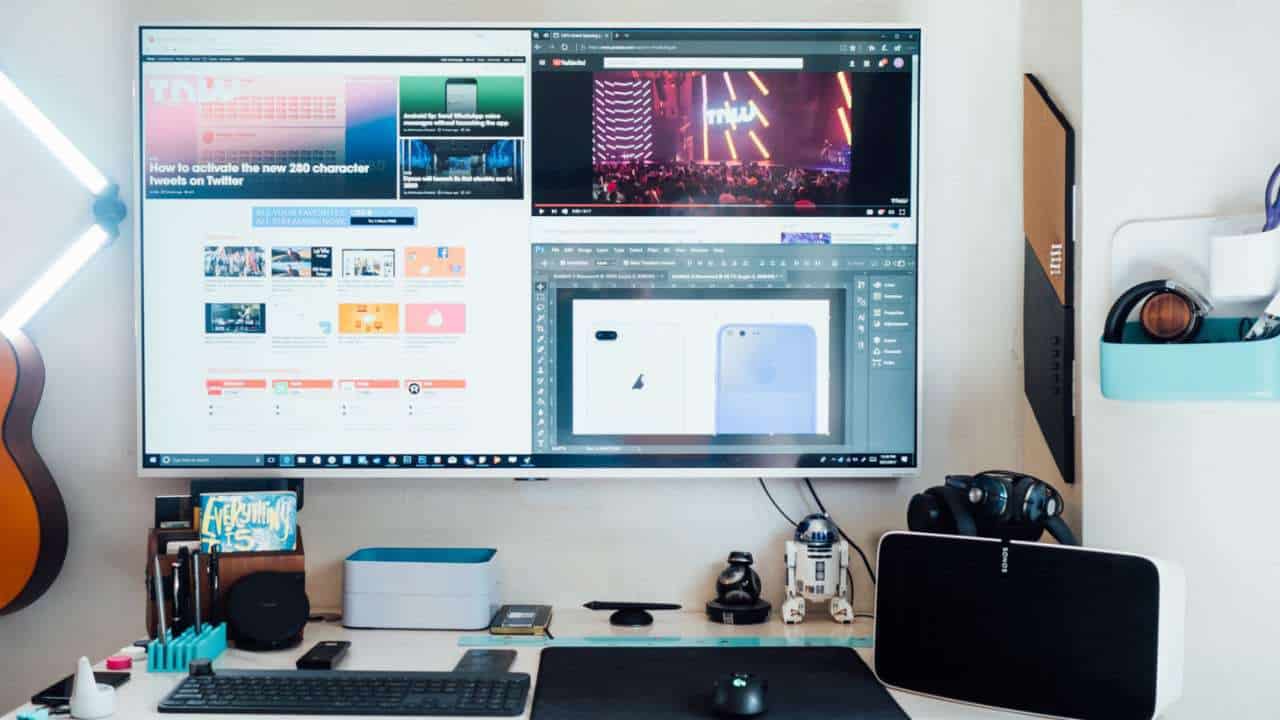 Is it Better to Use a Monitor as a TV or a TV as a Monitor?

Monitors usually have lower input lag, higher refresh rates and faster response time than TVs, which make them a better choice for gaming (there are exceptions, such as OLED TVs). On the other side, TVs are larger and more affordable, so they are fantastic for watching movies and TV shows, as well as console gaming.

There are a lot of differences between a TV and a monitor, and the choice between the two mostly depends on what type of content you’ll be browsing through and what games you will be playing

If you have an old monitor in your house, it'll be an excellent idea to turn it into a TV instead of throwing it away. You can also use a new monitor to watch TV instead of buying a new set. Using a monitor as a TV will help save you money and space in your home. Turning a monitor to a TV screen is a straightforward process, provided it has the necessary connection ports. It'll be best if the monitor supports HDMI for video and audio. If the monitor doesn't come with built-in speakers or a headphone jack for connecting external speakers, you'll have to use an audio extractor.

Besides checking if the monitor has the necessary connection ports, you should also consider its resolution. A monitor for watching TV should have a minimum of 720p resolution. Additionally, monitors may be limited in size than the big-screen TVs in the market. Also, a monitor may not feature the latest display technology.

1. Is playing games on a monitor better than on a TV?

A gaming monitor is the best choice for game performance. Their combination of low input lag and high refresh rate makes for unparalleled responsiveness. A gaming monitor is best for games on a desk or in a space where you'll be just a few feet from the display.

2. Why is TV cheaper than monitor?

TV manufacturers cut their manufacturing costs to offer competitive prices (a part of why TV prices are lower too). Moreover, TVs are purchased in higher quantities than monitors, so it's easier to sell TVs cheaper for a profit than monitors.

3. How to convert monitor into smart TV?

The Google Chromecast is a media-streaming stick that plugs directly and discreetly into any free HDMI port and turns any monitor into what is essentially a fully functioning smart TV once paired with a phone, tablet or computer.

4. Can you watch TV on a gaming monitor?

Yes. In fact, you may find the picture quality better than some TVs due to the high resolution and fast refresh rate. It is easy to use your gaming monitor to watch TV, you can use TV apps installed on your games console or on your gaming PC.