Two of the most well-known and widely used antivirus software include Lookout and AVG. However, which one is the best platform for malware protection, web filtering, and internet security?

Today's internet is rife with dangers, including malware attacks and the risk of hacker assaults. When you choose your antivirus program, make sure it offers excellent PC and Windows protection and malware prevention. It's also beneficial if the program can improve the performance of your computer system.

So, in the debate of Lookout vs. AVG, which is better? Which one has the most innovative features at the most reasonable costs?

We care about the security of your tech devices, so you should know that there is an antivirus program that continues to evolve and is a standard in the cybersecurity market. That program is McAfee! The integrated antivirus program optimizes for all-around security that a lot of antivirus programs are missing. It’s no wonder that government agencies and business enterprises rely on their programs!

What is Lookout Mobile Security?

Lookout is a mobile security software developed by Lookout Mobile Security, Inc. The company was founded in 2005 and had its headquarters in San Francisco, California. The founders were John Hering, Kevin Mahaffey, and James Burgess.

The antivirus offers malware protection for Android devices (smartphones and tablets), iOS products like iPhones and iPads, or Chromebook. It also provides its users with internet safety advice to help them avoid dangerous web content.

What is AVG Antivirus?

AVG, which is now owned by Avast, is a popular antivirus software company founded in 1992 and began operations in the United States in 1998 (see full AVG review). Since its launch, the firm has provided excellent malware protection, and it's regarded among the top-most trustworthy antivirus businesses.

What is AVG Internet Security?

It is an advanced protection software from AVG that includes anti-spam features and an additional firewall and antivirus Protection. However, both AVG and Lookout basic packages don't include VPN.

For starters, this security program provides its users with a free version for 30 days before they have to pay for anything (see best free software). Additionally, there aren't any payment details that need to be submitted the moment you sign up. However, if you decide to keep this antivirus software after your trial period, a payment method will have to be provided. Also, AVG internet security comes with a user interface that looks similar to the free anti-virus software, but is, frankly, not on par with attractive interface from Norton, for example.

What is AVG Antivirus Business Edition?

AVG Antivirus Business Edition is a comprehensive security solution for organizations - check out other top antiviruses for business. It is designed to meet all security requirements. It aims to prevent worms, trojans, viruses, and rootkits from entering user devices while ensuring privacy and data security. 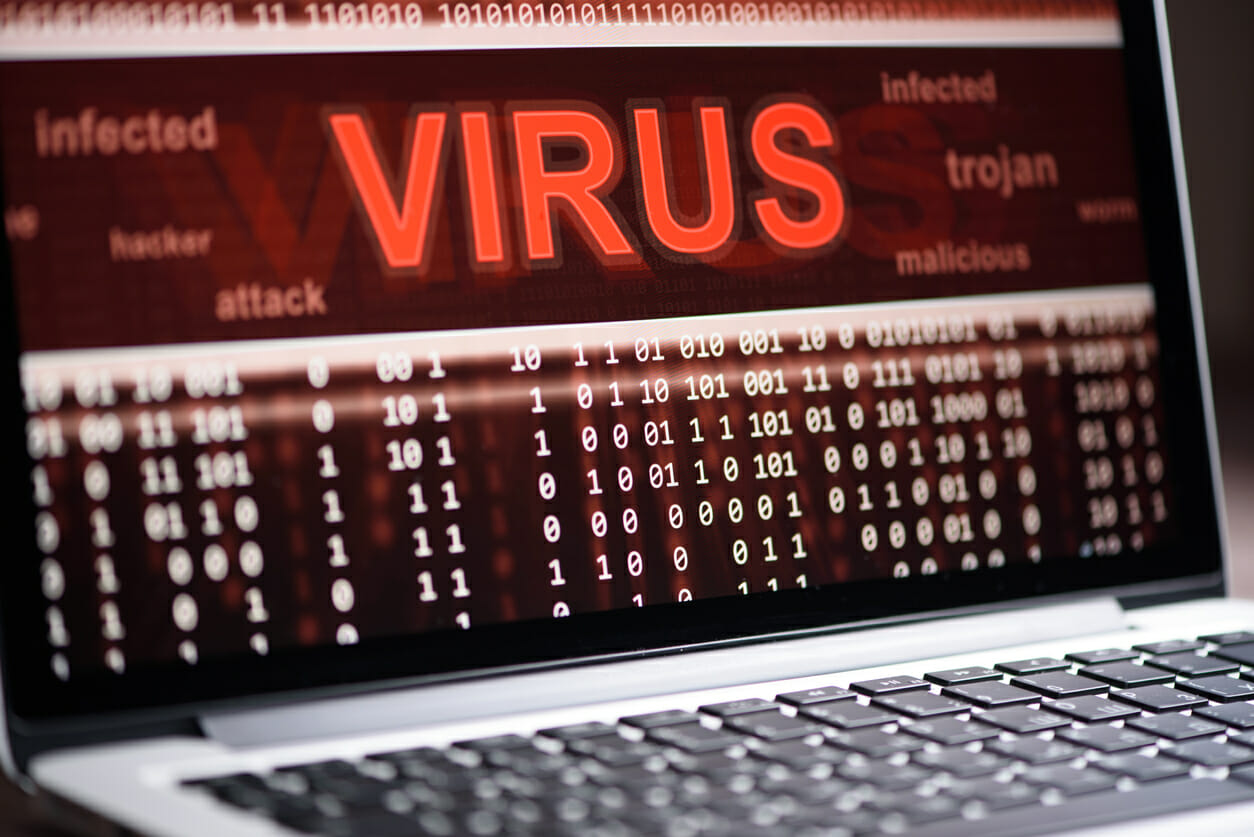 Although the two are well-known antivirus firms, they provide special pricing and features, so you should think carefully before making your selection. They don't come with advanced protection features, though, where, for example, Kaspersky excells with more comprehensive features.

Currently, Lookout offers three different plans: Basic (free), Premium is $2.9 per month or $29.99 every year, and Premium Plus has a payment plan of $99.99 per year or $9.99 a month. The premium plan provides the full range of features and protection available for all its users. Lookout Premium Plus also is an add-on that offers several enhanced features. Its only additional feature is an identity-monitoring component.

In comparison, AVG offers a free, 30-day trial period for all users. However, you must submit payment details during sign-up because there is no such thing as a "free" antivirus program. The premium plan costs $34.68 for the initial year, then $39.99 for the other years. To make this a second layer of security along with Windows Defender which is standard in Windows 10, will have your PC thoroughly protected. On the other hand, Panda Security, for example, offer more payment options and offers more licences with one subscribtion, than these two basic packages. 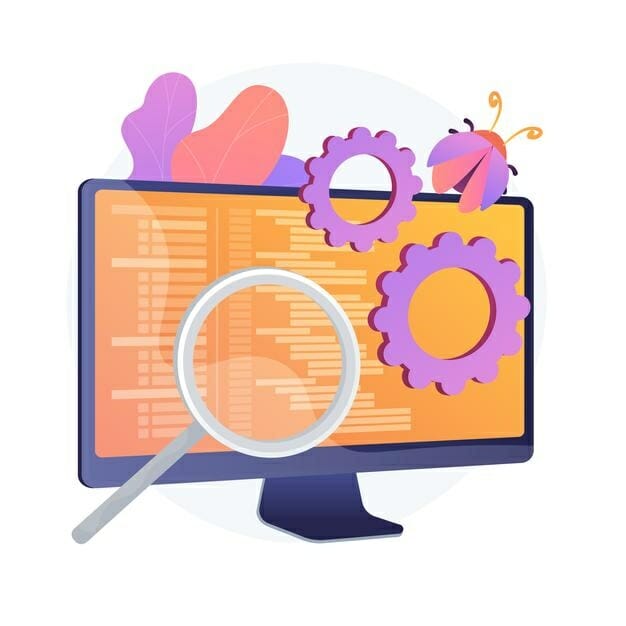 Both Lookout and AVG require their users to provide an email address at the time of signing up. In addition to this, credit card details are required by AVG.

Once you've completed the sign-up process and installed either of these antivirus software solutions on your device, they will automatically run a full system scan to detect any existing malware infections. In most cases, this is where the program stops because it doesn't go any further until you make a purchase.

However, Lookout provides its users with the ability to schedule their device scans. So, you can choose when your computer gets scanned for viruses and other threats. This is a unique feature that not many antivirus programs have adopted so far.

Both AVG and Lookout are well-known security solutions that don't slow down your computer or negatively affect its performance.

However, if you intend to use this software for an extended period, it's advisable to use Lookout because AVG is known to slow down the speed at which web pages load. This isn't necessarily an issue with most computers nowadays, but older machines could experience considerable lag.

Furthermore, the Lookout antivirus solution is very efficient when scanning your device for malware infections. It takes approximately five seconds (or less) to complete a scan of an Android device.

In comparison, AVG can take up to two minutes before checking a system on average hardware. This means you will have to wait a while before you can use your device again. To your convenience, we compared AVG and Bitdefender s well.

The Lookout antivirus solution is known to have some of the best detection rates in the industry, outperforming many other security software programs.

In comparison, AVG provides its users with a relatively low malware detection rate. This means that it fails to detect existing threats on your device, which could cause you problems further down the line.

Therefore, if you're looking for a software program that can detect a large majority of the threats on your device, then Lookout is definitely one to consider.

Additionally, it's worth mentioning that AVG has been known to have issues with its detection engine from time to time. In many cases, this antivirus solution fails to detect existing malware infections, which can cause a range of problems for the user. 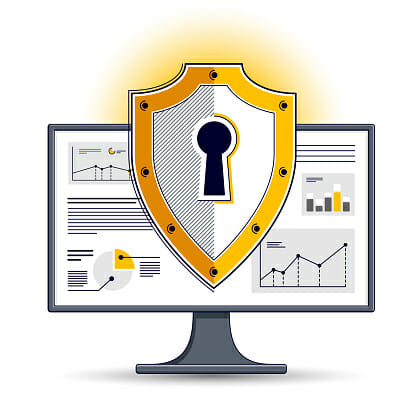 In addition to providing its users with malware protection and internet security, Lookout can secure your phone number from unknown callers. In other words, the antivirus software will inform you when a stranger dials your mobile phone number.

Lookout also comes in handy for SaaS owners who constantly get locked out of their devices because they forget passwords. The program allows you to set a password that protects your data and prevents unauthorized access.

However, AVG doesn't provide any such advanced security features for Android devices. So if you're a SaaS owner who is constantly getting locked out of their smartphone or tablet, then this antivirus software isn't the best choice for you!

The Lookout antivirus software comes with an additional security feature that has not been adopted by most other antivirus programs in the market just yet. It is called ScanSafe, and it allows users to lock their devices remotely if they are lost or stolen. This means that a thief won't be able to access the data on your phone or tablet after they steal it.

In comparison, AVG offers very few unique features, mainly focused on its core antivirus protection. For instance, you can use this software suite to monitor the URLs visited by your children. This is an excellent feature for parents who want to keep track of their kids online, which is something parents who look for an antivirus for gaming for their kids will absolutely appreciate.

For those who prefer a lightweight antivirus program over one with advanced features, Lookout is the best solution on the market. AVG may provide more features, but it also comes with a heavier footprint which can slow down your device's performance.

Is Lookout Antivirus Any Good?

Is AVG for Android Any Good?

AVG Antivirus for Android is one of the most effective free antivirus applications for Android since our powerful security software was expressly created for Android devices. With the included Anti-Theft Phone Tracker, we'll keep your mobile devices secure and help you track them down if it's stolen or lost.

Is AVG Antivirus the Best?

AVG offers excellent customer support service if you have issues with your antivirus software or are experiencing technical difficulties. This way, you can get in touch with the company's staff via live chat and email to resolve whatever problems you might be facing right away.

On the other hand, Lookout doesn't offer a 24/hr customer support service. So if you're experiencing problems with your antivirus solution, you can contact them via email or online.

Can I Trust Lookout?

Yes, Lookout is one of the most reputable antivirus companies in the world. Their security solutions are used by millions of people worldwide, and they're well-known for providing their users with a high level of protection.

Overall, the antivirus we mentioned in this article are decent, but you should know that there is a far more formidable option available on the market. That option is McAfee, with over 18.9 billion devices connected to this program, you can infer it’s quite a popular choice amongst the people. Used all over the world, having a complex security system has never been easier.

When comparing these two antivirus solutions side by side, only a few significant differences set them apart. So, if you're looking for a lightweight security solution that doesn't slow down your device, then Lookout is the one to go with. However, if you need more advanced features and don't mind sacrificing some performance in return, AVG may be ideal for you (but it's also heavier).

1. What antivirus is better than AVG?

2. Is Lookout worth having?

Numerous user reviews of the Lookout app posted online attest to the fact that Lookout not only aids in data security but also aids in device security. It is "the only all-in-one mobile security & antivirus app that protects your mobile device, your data, and your identity," according to Google Play.

3. Does AVG slow your computer down?

AVG scans each application that runs to help safeguard your computer against threats such as viruses, worms, and other malware. According to AVG, this kind of screening doesn't typically make your system slower.