It’s important for you to know and understand the different computer monitor connection types so you can choose the best for your monitor.  They include VGA, HDMI, Display port, DVI, Thunderbolt, and SDI.

The type of connection cable you need will depend on its compatibility with the port on your computer and display devices or graphics card etc. If you own an old-style device, make sure you choose analog connectors such as VGA DVI (see also 'What is DVI?').

With the development of newer technology manufacturers have developed better and advanced connectors. With those comes a better resolution, which makes the monitors, like the ones in this post, easy on the eye. Let’s take a look at the various types of ports you might have come across online. 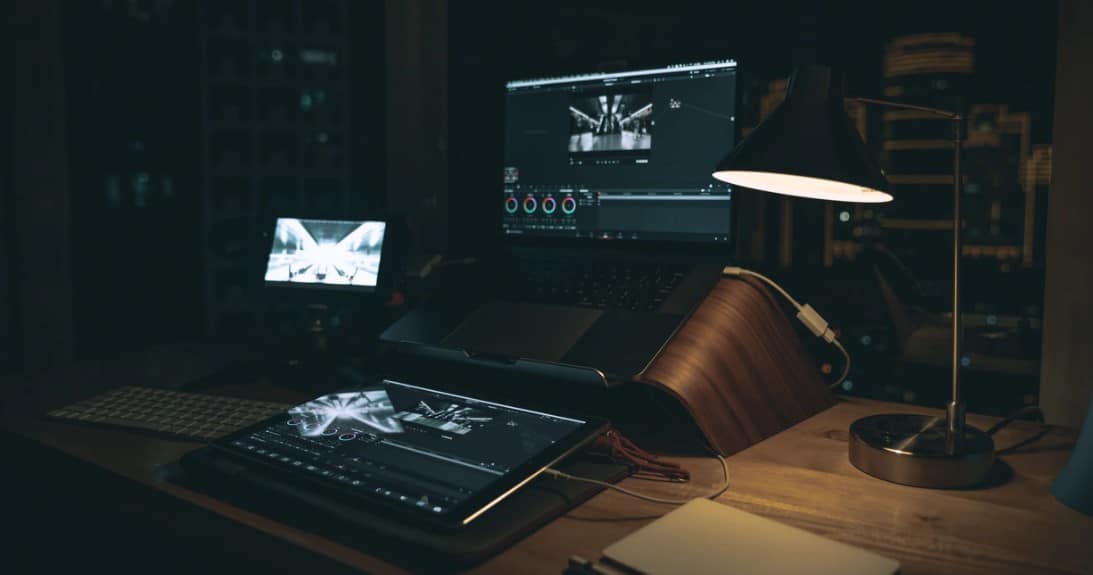 What are the 6 Types of Video Ports?

VGA stands for video graphics array. VGA is an older connector port that has been in use for a long time since 1987 (see also 'What is VGA?'). The VGA connector Interface has 15 pins which are divided into three rows and the connector only carries analog data.

Because VGA and some versions of the DVI connector Interface are suited for analog data, the quality of the video may become degraded at higher resolutions or at longer cable length. A VGA cable will typically have a blue color connector.

It was mainly used with the now-extinct CRT monitors (see 'What is a CRT Monitor?'), but you can still find VGA DVI connector ports on some new hardware equipment such as LCD monitors. However, VGA DVI-ports are slowly being phased out by digital and modern connections. Latest top-shelf gaming monitors we reviewed and cutting edge vertical monitors here have all ditched the analogue in favor of digital ports. 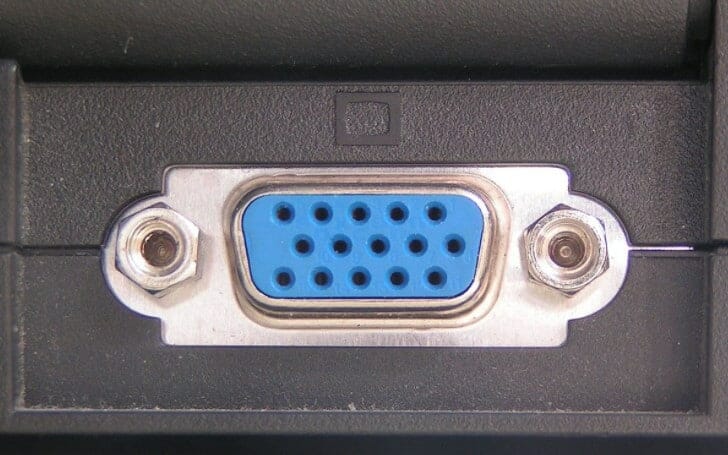 DVI stands for the digital visual interface. It was developed in 1999 to provide uncompressed, high-quality video connection to LCD monitors. A DVI connector will typically have a white color adapter. There are three used types of DVI port;

The DVI –A connector is one of the types of DVI where the 'A' stands for analog. This DVI standard is used to send only analog signals. Its connector pin arrangement consists of four pins around a single flat pin and twelve additional pins.

DVI –A is capable of a maximum resolution of 1920 by 1080. It has pretty much been phased out and isn’t used on newer devices. 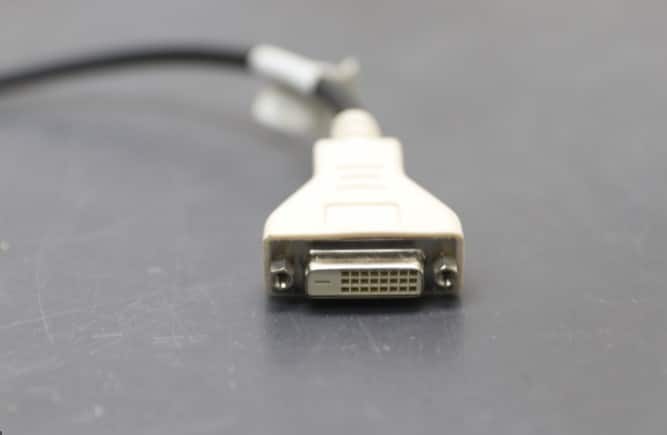 DVI -D is another version of DVI connector ports where the ‘D’ stands for digital. It’s used only to send digital signals. DVI –D is much more common compared to DVI –A but you cannot use DVI –D cable with a DVI –A equipment or vice versa.

It's available in two types; single-link, and dual-link DVI. A DVI –D single link connector uses a pin arrangement of a single flat pin and two blocks of pins each with nine pins apiece. It is capable of a maximum resolution of 1920 by 1080 at 4.59 Gbps.

A DVI –D dual link connector uses a pin arrangement of a single flat pin and three solid rows of eight pins each. It has a maximum resolution of 2048 by 1536 at 9.9 Gbps. A single-link cable sends one signal at a time whereas a dual-link cable can send two signals, allowing for higher data flow at larger resolutions.

There’s also another version of the DVI standard called DVI –I, where the ‘I’ stands for integrated which means it can carry both analog and digital signals. This means that you can use it with DVI –D or DVI –A.

DVI –I is also available in both the single-link and dual-link. A single link DVI connector uses a pin arrangement of a flat pin surrounded by four pins and two blocks of pins each with nine pins apiece. It’s capable of a maximum resolution of up to 1600 by 1200 at 4.95 Gbps. 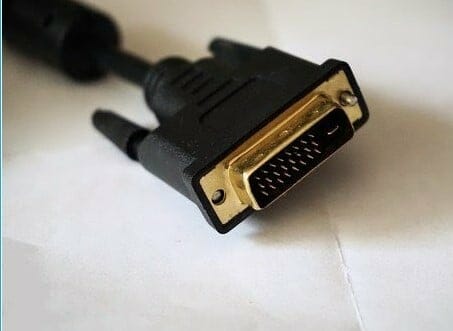 Dual-link DVI uses a pin arrangement of a single flat pin surrounded by four pins and three solid rows of eight pins each. It’s capable of a maximum resolution of up to 2560 by 1600 and double the video bandwidth at 9.9 Gbps.

HDMI cables - see also 'What is HDMI?' post -  are widely used today in different electronic products such as a monitor, Graphics card, TVs, computers, projectors, mobile devices, Xbox, video cards, PlayStation, and many more. Over the years, HDMI has been connected to more devices and has become the standard for corporate and commercial devices.

HDMI cable connectors are one of the best standards for high definition in customer electronics delivering crystal clear video as well as audio signals. Furthermore, in 2017, HDMI 2.1 was released which added another channel for network communication together with these qualities - see best HDMI 2.1 monitors, too.

There’re mini and micro versions of Hdmi out there on the market too, as smaller and smaller devices such as our smartphones and tablets increasingly become our HD AV sources.

If you’re looking for the best display cables that transmit HD video and high Image quality, Ethernet network, and video, choose Displayport - see also 'What is DisplayPort?'.  It has a locking mechanism on one end that enables you to lock the cable into your display devices such as TV, monitor, computer, Graphics card, projector, and many others.

It was developed by VESA (Video electronics standard association).  It can also connect to the older DVI, VGA, and HDMI ports using adapters or HDMI DisplayPort converters. It has multi-monitor capabilities which allow you to use multiple computer monitors by connecting them in a daisy chain connection or configuration. 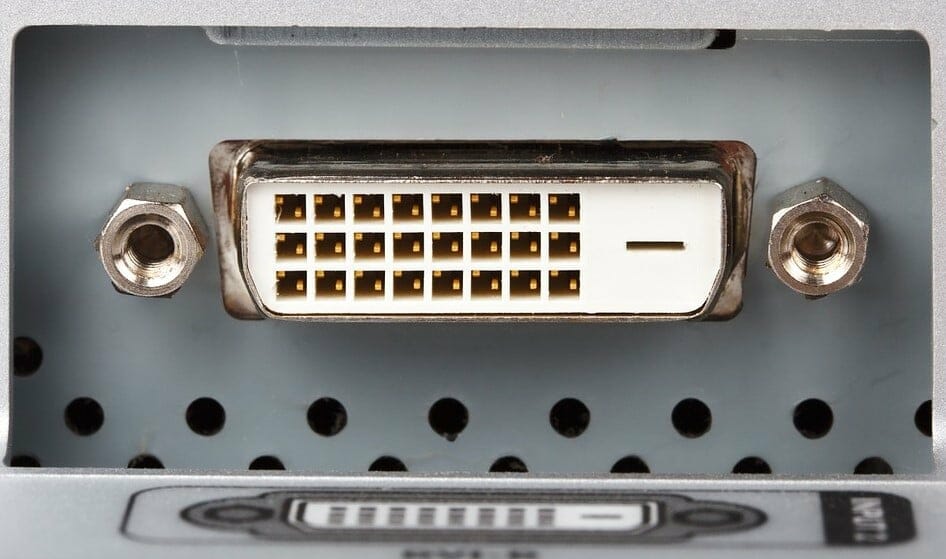 This is a version of the DisplayPort that was introduced by Apple Company in 2,008.  It uses the same technology as DisplayPort DP but it's smaller in size or mini.

Its daisy chain connection makes Display Port more focused on computer use than other devices such as television due to its ability to connect a chain of monitors. Here are some of its features;

Thunderbolt is a type of hardware technology developed by Intel and Apple that uses the 24 pin USB port type-c connector. It’s popular for high-speed data transmission up to 40Gbps and great Image quality (see also 'What is a Thunderbolt Cable?' full review).

Thunderbolt 3 is the fastest USB technology available compared to the traditional USB type-c which has a maximum transmission of up to 10 Gbps. However, Thunderbolt technology is mostly found in Apple products such as modern computers, graphics cards, Mac, and some motherboards.

SDI stands for a serial digital interface which is part of a family of digital video interfaces for standardized motion pictures. SDI has a single pin connection that can transmit the uncompressed and unencrypted digital video signal.

The SDI is a simple coaxial cable that can run up to about 300 meters before losing video signal strength. Its digital connections use a BNC connector and almost all video security cameras use it to transfer motion pictures. 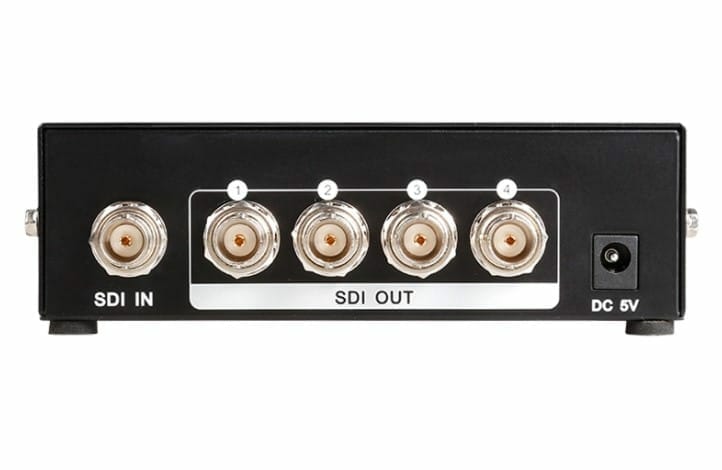 Is DisplayPort better than HDMI?

Both DisplayPort and HDMI have different features that make them popular and widely used in a computer. However, I find the DisplayPort to be far more superior to HDMI due to its exceptional features and ability to accommodate future technology.

Here are some of the features and capabilities that differentiate HDMI and DisplayPort from the rest; 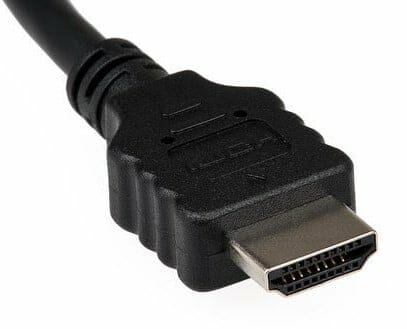 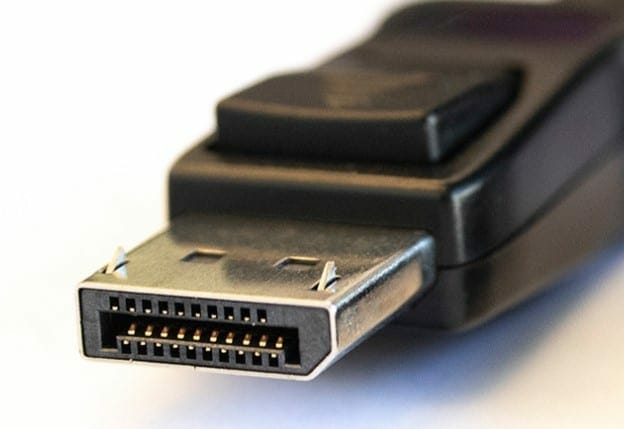 What is the Best Connection for a Monitor?

The best connection for your monitors will depend on the specs of your rig and monitor resolution.

Make sure you understand which cable is required so as to meet your needs. HDMI is best for video and audio signals. Use it for PC and TV connections.

If you are looking for high refresh rates either for gaming or video editing, DisplayPort is the cable of your choice. It is also great for audio and video signals and transmits up to 144HZ - see 'Which Cable Do I Need for 144Hz?' post.

HDMI and DisplayPort can support up to 8k resolution but you should check the specifications of the cable before purchasing it. If you want a cable connection at 1080p, DVI and VGA will be just fine.

Sometimes the monitor manufacturers don’t include a cable connector so you will need to buy one for your monitor.

1. What are the different types of monitor connections?

The most common types of monitor ports and cables are HDMI, DisplayPort, and USB-CTM (see 'What is USB-C?'), which are found on the majority of modern displays. However, legacy interfaces such as VGA and DVI are also available in case you need to connect to older devices.

DVI is an acronym for Digital Visual Interface and provides a noticeably sharper, higher-quality image than VGA. It is a one-of-a-kind connector in that it is capable of carrying both digital and analog signals. Additionally, DVI is easily convertable to other standards such as HDMI and VGA.

3. What is the standard monitor connection?

HDMI is the most frequently used connector for televisions. However, if you want to connect a computer to your television (or if you've purchased a new computer monitor), your options typically include HDMI, DisplayPort, DVI, and occasionally the venerable VGA.

4. What cable do you need to connect PC to monitor?

The majority of computers include VGA, DVI, and HDMI ports, while some laptops only include thunderbolt, USB ports, and an HDMI adapter. Therefore, if both your monitor and computer have a VGA connection, connect the two using a VGA cable.

5. Is DisplayPort better than HDMI?

Yes. DisplayPort cables have a higher data transfer rate than HDMI cables. With a higher bandwidth, the cable can transmit more signals simultaneously. This is primarily beneficial if you intend to connect multiple monitors to your computer.