TV and monitor enthusiasts won't take chances on contrast ratio. To them, it is as vital as other specs of the monitor, TV, or any display device they purchase. You can buy the best TV with high screen resolution, but it produces different color shades. This condition comes down to the contrast ratio of the device in question.

In this article, we've answered all the questions concerning contrast ratio. What they are, why they matter, and the best contrast ratio for your monitor.

Read through for more details.

What Is a Contrast Ratio?

You can determine this contrast ratio by finding the ratio between the white luminance and the blacks.

Luckily, you can calibrate your Windows or macOS device settings to attain the best contrast ratio.

Does the Contrast Ratio Matter?

In general, the higher the contrast ratio, the better the display quality. The integrity of the display you see depends on the range of brightness your eyes receive. This phenomenon is related to the electric signals your brain gets from the monitor.

Now, you know how worth the contrast ratio is in display quality.

In-Depth Review of the Contrast Ratio in Monitors

Most HDTVs have an average contrast ratio of 1000:1. What does this figure mean?

A 1000:1. Contrast ratio means the monitor has about 999 nits between the brightest white and the darkest black. This luminous range is what the monitor in question generates at default settings.

This monitor will have the following default settings.

The contrast ratio figure for many monitors and TVs will extend to 3000:1.

Many manufacturers deceive their consumers by listing contrast ratios higher than 3000:1. You're called upon to practice due diligence when purchasing a new monitor.

Most "higher than 3000:1 contrast ratio" clauses in monitors are marketing gimmicks.

However, when analyzing the contest ratio of your new monitor, consider the ambient lighting. This light is the light from our surroundings coming directly to the monitor. Keep this light to the minimum as it can impact how you perceive the monitor's contrast ratio. 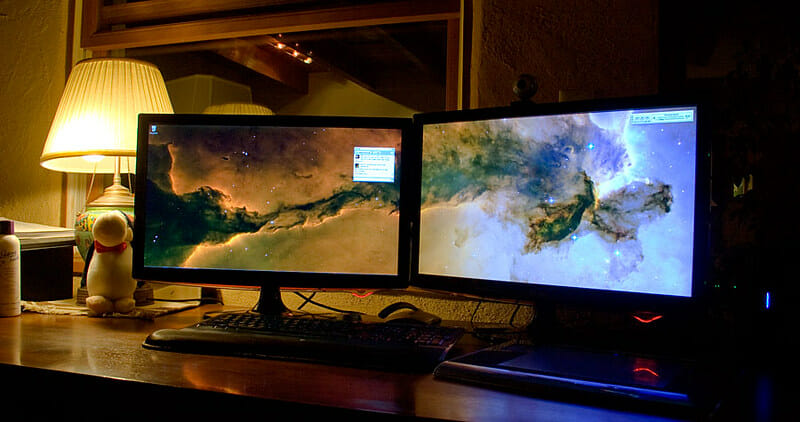 Are There Factors Affecting Contrast Ratios?

Yes, there are factors affecting the contrast ratio. 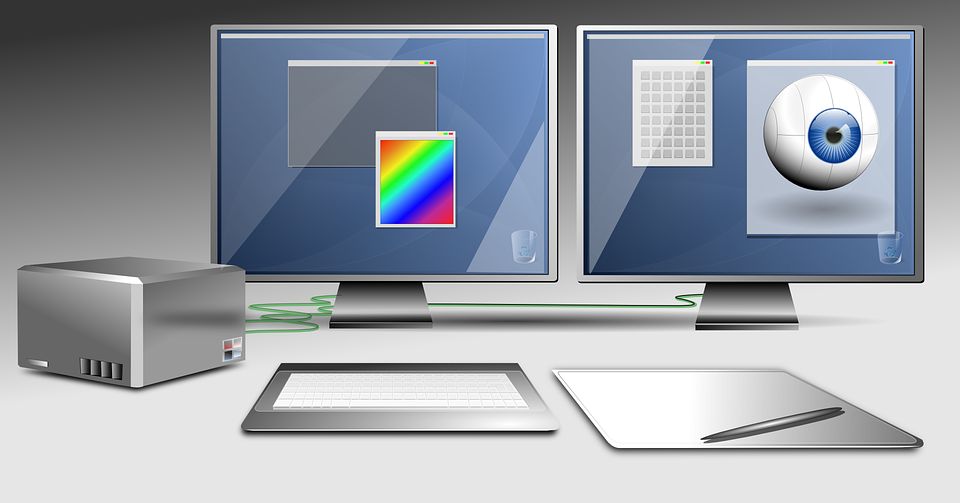 Such factors are listed below.

The vertical alignment panels have liquid crystals aligned naturally to the glass, ensuring a more comprehensive contrast ratio range. These panels also have minimum light leakage; meaning prevents the backlights from reaching the deepest blacks. Its whites have better clarity and are uniform.

The display brightness determines the contest ratio integrity in the real action. It counters the surrounding lights' effect on the display. Calibrate the backlight luminance settings to match the display contrast calibration.

To enjoy the best contrast ratio experience, consider a monitor with high brightness levels of up to 5,000 nits. The high luminance counters the effect of ambient lighting.

Glare and reflection of light to the screen affect contrast ratio. When ambient light hits the screen surface, it reflects into your eyes, disrupting your vision. A monitor with an anti-glare coating addresses the glare and reflection issues effectively. Also, ensure your room has minimum ambient and natural light striking the screen directly.

Ambient light from the surroundings directed towards the monitor affects the contrast ratio. This light strikes the screen, scattering in all directions. The reflected light then strikes the eyes of the monitor used. This condition results in unclear image display due to lowered contrast quality. 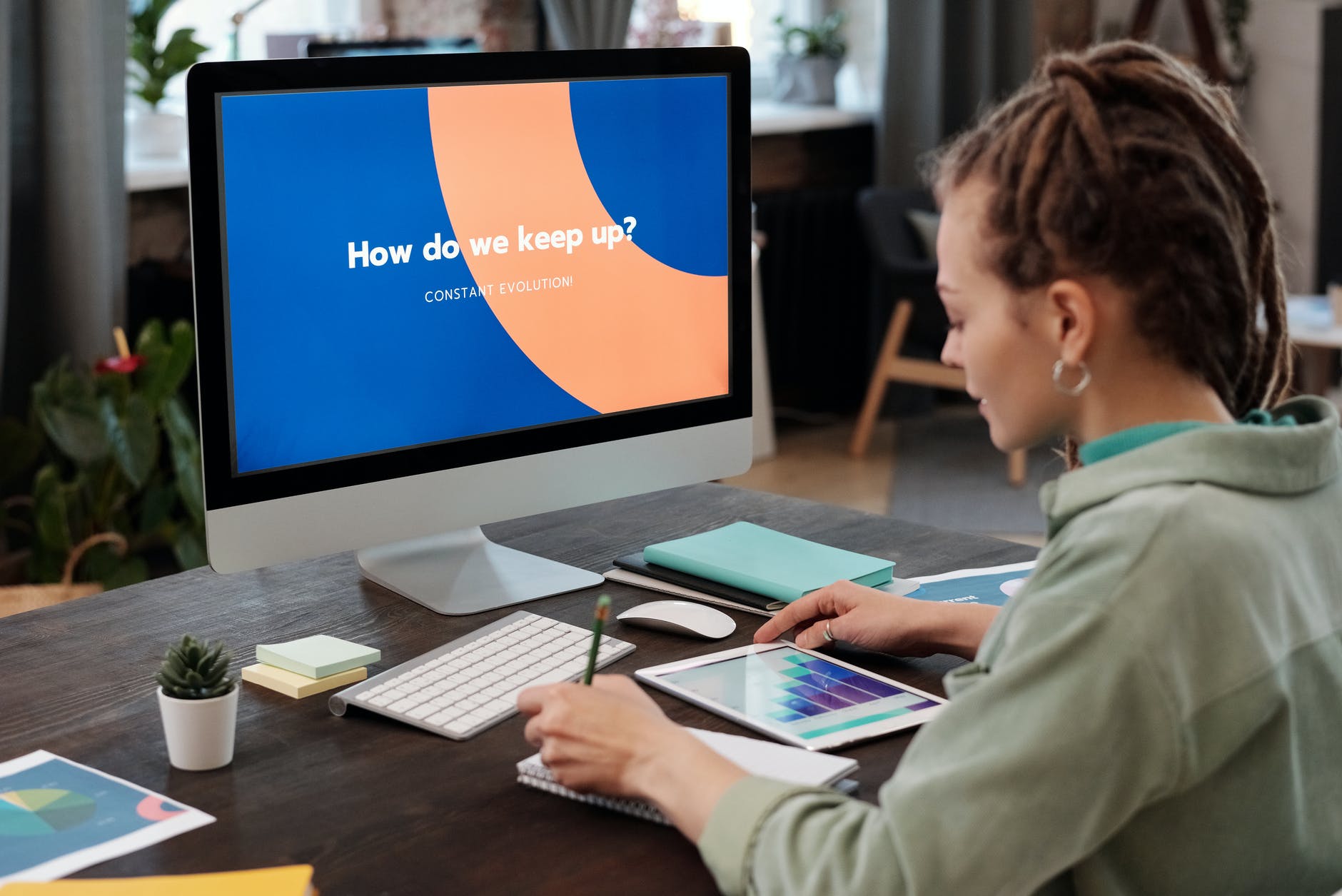 LCD and OLED: Who Has the Best Contrast Ratio?

How do their contrast ratios compare?

LCD monitors use liquid crystals having unstructured molecules. They expand and organize the molecules when exposed to electricity, making them have a higher dynamic contrast ratio.

Your preference matters, but if the contrast ratio is the differential or the determining factor, the OLED monitor best suits you.

What’s the Best Contrast Ratio for a Monitor?

In general, the higher the contrast ratio, the more quality the display is - ensuring a vibrant display for an optimal experience. 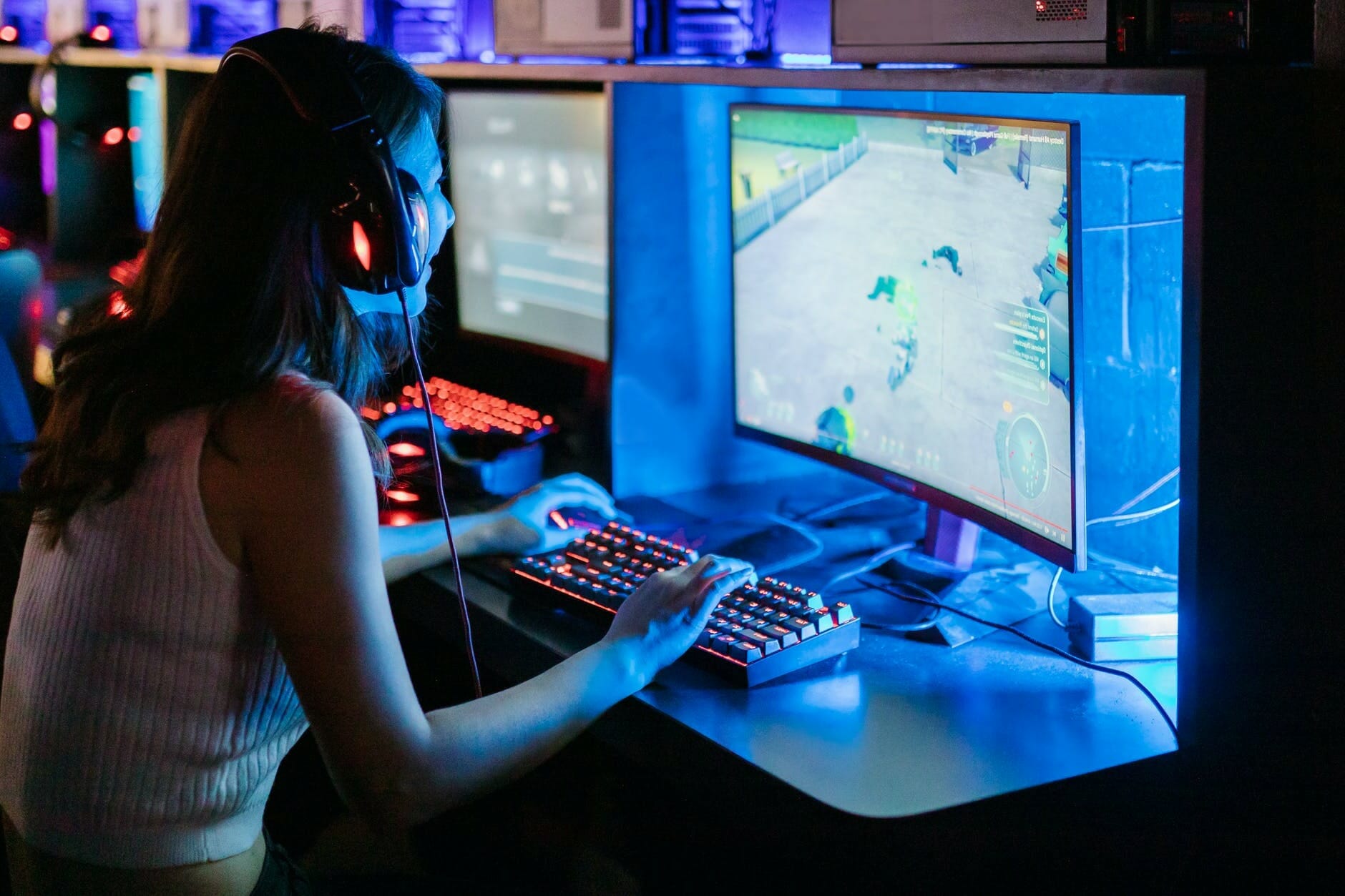 What Are the Benefits of High Contrast Ratios?

Something of much concern as contrast ratio must have several benefits. So, what are they?

The benefits of a high contrast ratio are listed below.

The high contrast ratio has comprehensive benefits, ranging from performance experience to your well-being.

Don't miss out on the contrast ratio check on your next monitor purchase!

Is monitor contrast good for the eyes?

Yes, it's good for the eyes because high contrast is good for eyes because it makes it easier to distinguish objects from their backgrounds. It also helps with depth perception and color recognition.

What Is a Dynamic Contrast Ratio?

The dynamic contrast ratio ranges between the brightest display and the darkest display taken from unidentical setting calibrations.

What Is Contrast Ratio?

The contrast ratio is the range between the luminance of the brightest display and the darkest display. The balance of their luminance gives the ratio.

Between Brightness and Contrast, Which One Should Be High?

The contrast ratio, the brightness, and the darkness are correlated. Saying so means that they should not have significant margins between them in calibrations. To achieve a more natural and realistic image display, you should balance contrast and brightness.