Choosing between the three-panel types can be quite a hassle. Thankfully, this guide covers the advantages and disadvantages of each panel to help you select what panel technology should be on your next screen.

There are three-panel types:

So, how do the different panel types perform? Let's find out.

Panel type names are based on the molecule arrangement on a liquid crystal display (LCD) monitor and the changes that occur upon voltage application. LCD monitors - see also LED vs LCD review - adjust the molecule positioning to function, though the way the changes occur immensely impacts your response time and image quality.

While it is the oldest panel technology, a TN panel still has some advantages over the newer VA and IPS panel technologies. For one, they are the cheapest and suitable if you want budget-friendly options . If the extent of color reproduction or better viewing angles is not essential, a TN screen might suit you.

Moreover, TN panels have the least input lag of about one millisecond. A TN computer can operate at fast refresh rates reaching 240 Hz. For this reason, they are ideal for competitive players seeking gaming monitors (follow this link for the best monitors for Xbox One X) that enable them to take advantage of each second.

Nevertheless, TN display technology has notable disadvantages starting with the small viewing angles on the perpendicular axis. The changing of your TN computer's colors is common when seated at extreme angles. 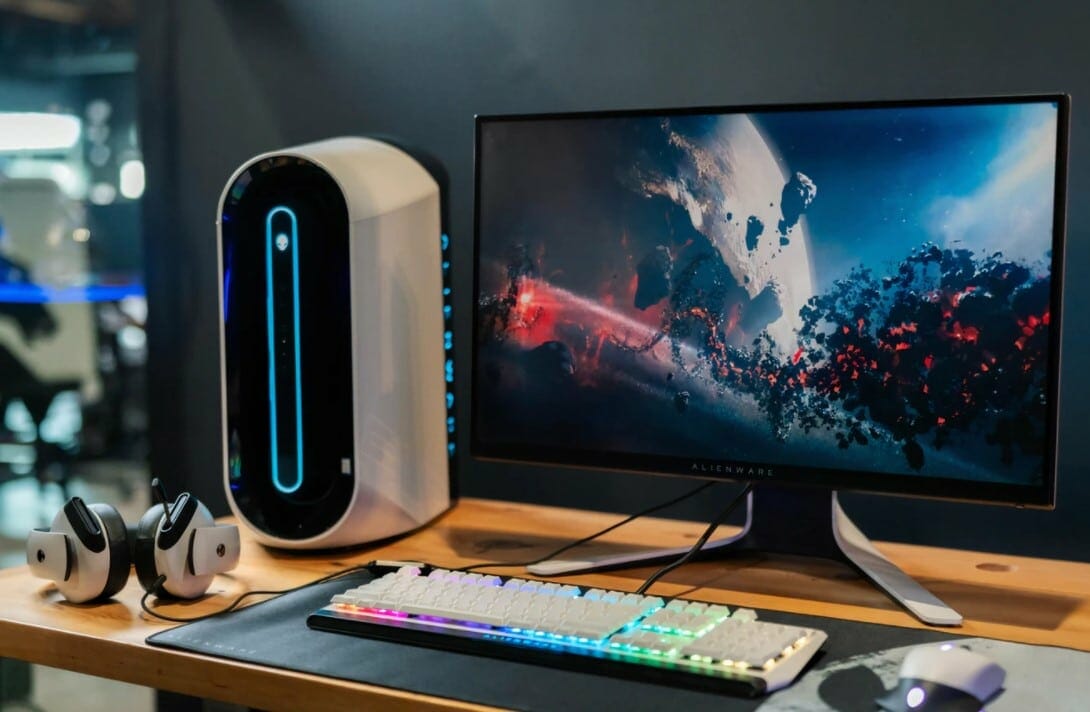 TN screens also have poor color reproduction. Most TN displays cannot function at 24-bit true color, so they depend on interpolation for accurate shade simulation. This performance can lead to color banding and lower contrast ratios than VA and IPS panel technologies.

IPS panels aim to best the performance of TN displays in color reproduction and viewing angles.

With their much wider viewing angles compared to TN screens, IPS panels allow you to sit at extreme angles while getting accurate color displays. Unlike a TN screen, you'll hardly notice a color shift when looking at the screen from an unideal perspective.

While TN panels dominate in terms of the refresh rate, IPS panels are now available that support refresh rates even over 240 Hz. For instance, the ASUS TUF VG259QM 24.5-Inch has a 280 Hz refresh rate and features an IPS monitor.

TN displays previously had lower lagging than any other panel type, but IPS displays are now at per. LG launched their Nano IPS UltraGear screens boasting of the fastest response times on IPS at one millisecond. 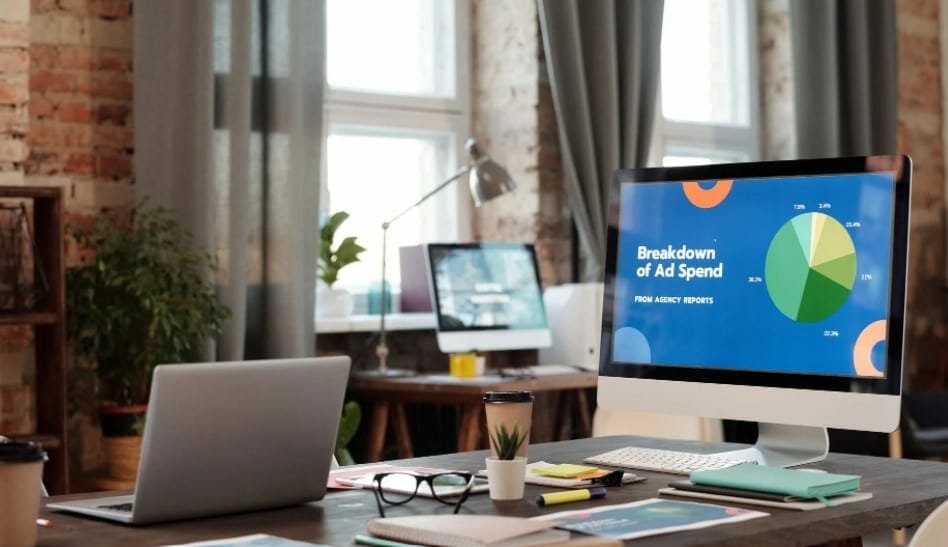 Despite measuring up, you'll still spend more to get an IPS screen with a one millisecond response time than a similar-rated TN monitor. If you want to benefit from IPS technology at a budget cost, expect an LCD panel at approximately four milliseconds. Dell S2318HN here has gone a step further though, combining IPS and LED technology for some great results.

Another notable demerit dominant in IPS panels is the IPS glow. If this phenomenon occurs, your screen's backlight shines and blurs your view when sitting at extreme viewing angles. While not the biggest issue, it is something to consider if you like sitting on the side.

VA panels form a middle ground between IPS and TN monitors. They have the highest contrast ratios, making them a go-to option for TV manufacturers. While an IPS screen can have 1000:1, comparable VA alternatives may reach up to 3000:1 or 6000:1 contrast ratios.

A VA monitor won't offer you as good of a performance as an IPS screen in viewing angles. Depending on your sitting arrangement, you may experience some brightness, though not as glaring as the IPS glow.

VA panels feature slower response times than TN and IPS monitors at their best performance. While some VA monitors refresh at up to 240 Hz, they tend to have latency that can cause motion blur and ghosting. As a result, it is wise to refrain from VA displays during competitive gaming. 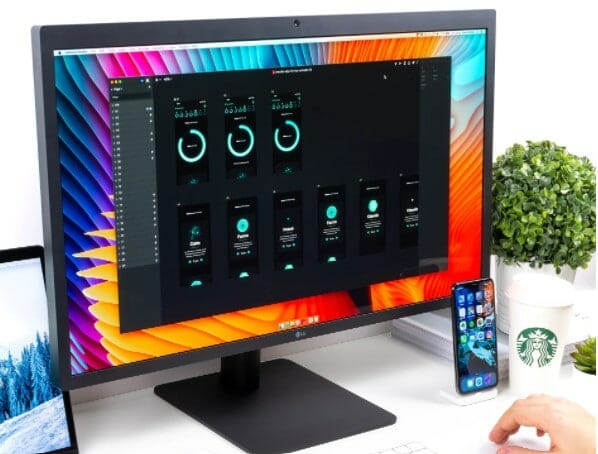 Because of their attributes, VA panels are suitable for general use. However, these panels tend to perform lower in most specs apart from the contrast ratio. VA monitors are pretty excellent in single-player action or casual gaming.

LCD Monitors Have Demerits That Cut Across the Board

Unlike CRT monitors, LCD technology experiences a common latency problem. This was a big issue during the inception of TN panels and even affected IPS and VA displays considerably. Technology has seen the improvement of most of the image quality issues, though they are not yet fully solved. Having said that, the monitors in this post specifically target the issue of eye strain.

All panel types experience uneven backlighting. Typically, this results from the display's build quality with affordable models sacrificing to lower the manufacturing expenses. So, if you seek a cheap monitor, like the G Sync monitors from this article,  expect image quality issues like uneven backlighting. Regardless, backlighting problems are commonly noticeable on solid or extremely dark backgrounds.

Experiencing a dead or stuck pixel on LCD panels is somewhat common. Different manufacturers have their own consumer laws and rules concerning dead pixels. As you seek an LCD panel for gaming ( for best 32'' gaming monitors click here), you may want to confirm the supplier's dead-pixel policy before purchasing if you like perfection. Some brands replace monitors (see here monitors with speakers) with one dead pixel for free, and others require a particular number. 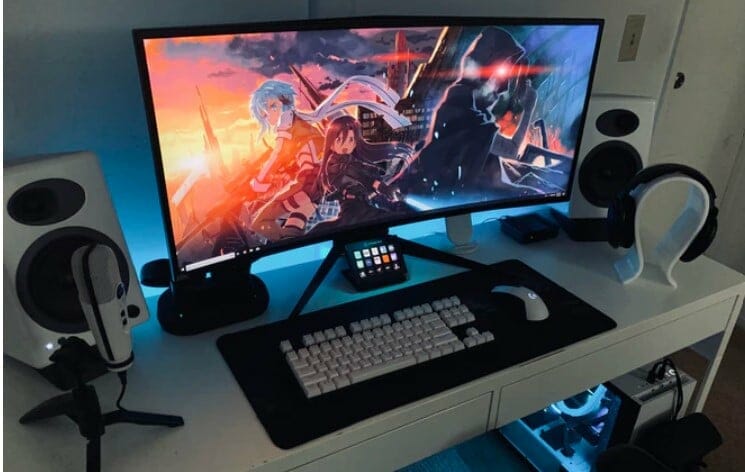 What Panel Type Should You Get?

By now, you most likely know whether an IPS, VA, or TN display best serves your needs. And of course, the pricier your panel is, the more features that come along.

Is a VA Panel Better than an IPS?

Both panels have their ups and downsides, and your best pick depends on your preferred features. TN offers higher refresh rates, faster response times, and budget pricing. On the other hand, VA has the better image quality and is applicable in almost all uses. You'll, however, spend slightly more to get a display that refreshes and responds slowly.

Conclusion: Which is Best Between VA, IPS, and TN panels?

We believe our extensive comparisons guided you to a suitable choice. If you want a jack of all trades, go for VA. IPS displays are excellent in all aspects except contrast ratios. If you don't mind this, expect a short response time, pleasant color coverage, and decent blacks. For affordability, the highest refresh rates, and the fastest response times, TN should serve you well.