When you are choosing your next computer, you might wonder what would be better, ram ddr3 or ram ddr4.

Sometimes people tend to think that they are identical, that is not entirely right. They have major differences that might have a dramatic impact on how your pc runs.

If you have decided to build your pc, this ram ddr3 vs ddr4 article will help you choose the right one for your needs (see here how much RAM you need for streaming).

What Is DDR3 RAM?

Nowadays, there are all kinds of computer memory types available. There's DDR, DDR2, DDR3, DDR4, DDR5 to name a few. If you're building a computer, replacing or upgrading your RAM, or even remotely interested in how it all works, you should know all these types of memory.

It stands for double data rate type 3. This is a type of memory first introduced in 2007 to replace the older generation DDR2 memory.

The introduction of DDR3 has allowed the computer industry to improve things such as load times for applications and gaming.  Ddr3 has 240 pins for desktop computers.

It is important to make sure you have compatible memory, otherwise, your computer will not be able to use it.

Basically, the memory on your computer is made up of a lot of chips that fit into a slot on the motherboard. If your motherboard doesn't support DDR3 memory (as an example), then you can't use a DDR3 ram on your motherboard.

What this means is that you cannot install a DDR2 or DDR4 to a motherboard that a has slot for DDR3.

Operates at a Higher Voltage When Compared to DDR4

DDR3 memory modules are suited to operate at a power of 1.5 voltage, rather than the 1.8 V of DDR2 or the 1.2V of DDR4. This shows that it will consume more power when compared to DDR4 RAM.

This will indicate a higher battery life for a computer with DDR4 RAM compared to a computer or CPU with the best DDR3 RAM. If you will decide to get a DDR4 ram, the upgrade will be worth then considering all the benefits that come with this type of ram.

As we all know, RAM is a crucial component of any PC not only for gaming but for other things as well.

We can now take advantage of the faster memory speed of the DDR4 ram that was once limited to the server farms market. Aside from the newer technologies involved, DDR4 RAM still holds great promise in performance and naturally, cost.

DDR4 RAM, which stands for Double Data Rate 4 was introduced in 2017. Key benefits of DDR4 compared to its predecessor (DDR3) include higher efficiency and lower power.

DDR4 RAM has revolutionized how we do things on the computer. One thing that you need to know is, DDR4 RAM is not compatible with DDR3 RAM.

It is worth noting also that both RAMs use different connectors and that’s one of the reasons they cannot work together. DDR 4 uses a 288 pin connector while DDR 3 uses a 240 pin connector.

If you are planning to upgrade your computer to DDR4 RAM or you’re looking to purchase a new computer that comes with DDR4 RAM already installed, make sure that it comes with the proper motherboard as well. Also consider your operating systems and the minimum RAM for it to work properly.

The advancement which has been made with DDR4 memory is not just incremental. It’s much more than that. DDR4 brings us a greater speed than ever before, along with significantly less power usage of 1.2 Voltage compared to DDR3 ram of 1.5 volts.

These improvements give us remarkable advantages over prior generations such as DDR3, bringing new functionality and potential for considerable improvement in the near future.

If you have ever used the DDR computer memory, latency is something that you should be familiar with. DDR4 will deliver on a much higher latency and up to twice the data transfer speed compared to DDR3.

And if it isn’t obvious where that will have a good impact, think about gaming and cloud computing. 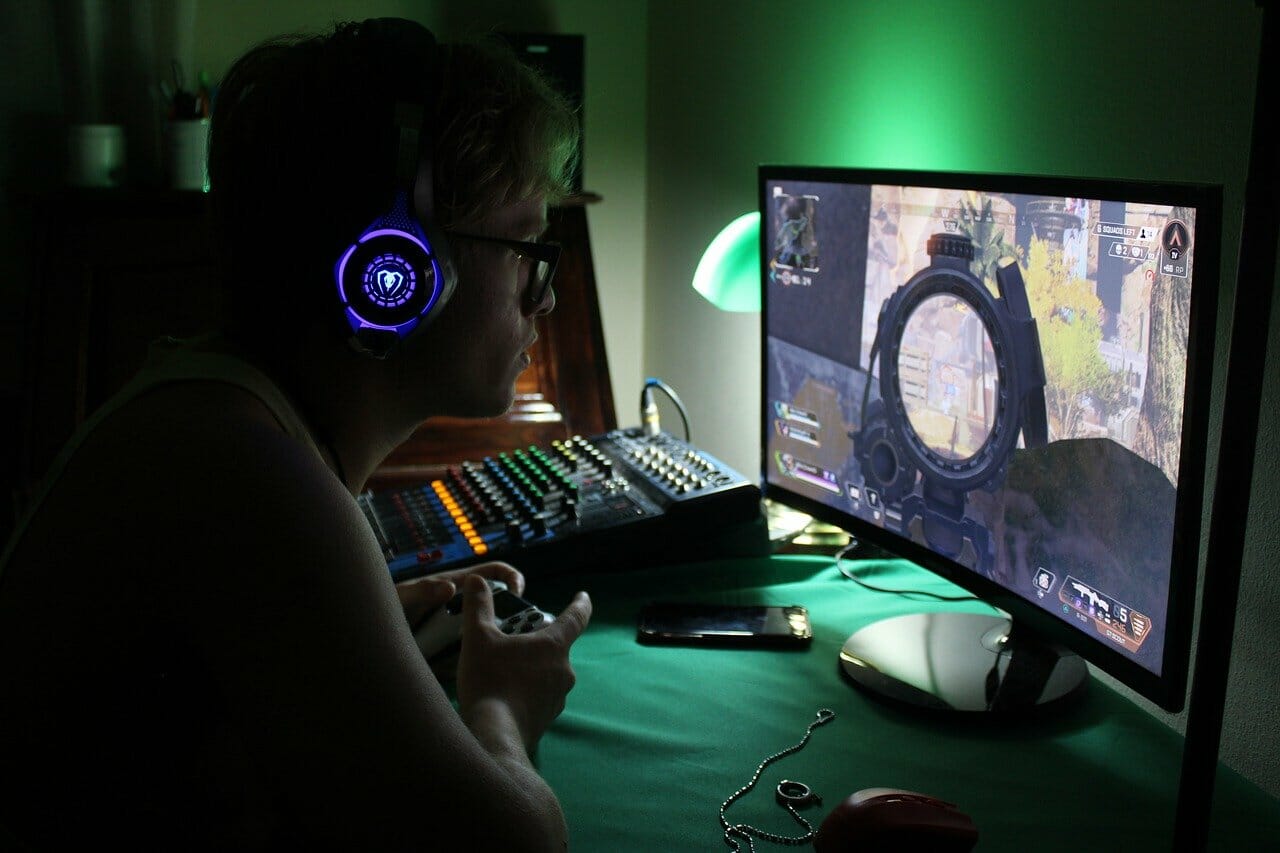 This is another big difference between DDR3 and DDR4 ram. Did you know that DDR4 was released more than a decade after DDR3? Yes, memory manufacturers took almost ten years to give us the next version of the technology!

This type of random access memory is suitable for gamers, system integrators, enthusiasts, and designers who need to maximize data rates. And as far as performance goes, it’s a great choice if you want the best from your system.

DDR3 clock speed starts at 800 MHZ and the maximum is 2133 MHz which means it operates at lower clock speeds in comparison to DDR4. This means DDR4 is faster than DDR3.

DDR3 ram modules use 240 pins and DDR4 modules use 288 pins. This is one of the noticeable differences between ddr3 and DDr4.

This is the main reason why they are not compatible as they have physical differences. Ddr3 and Dd4 cannot also be interchanged because they come in different heights and thicknesses also.

Another difference between the ddr3 ram module and DDR4 is the position of the notch to prevent accidental insertion of the wrong ram stick.  They also have different module capacities.

The DDR4 has up to 64 GB in capacity while DDR3 rams have 16 GB maximum capacity. 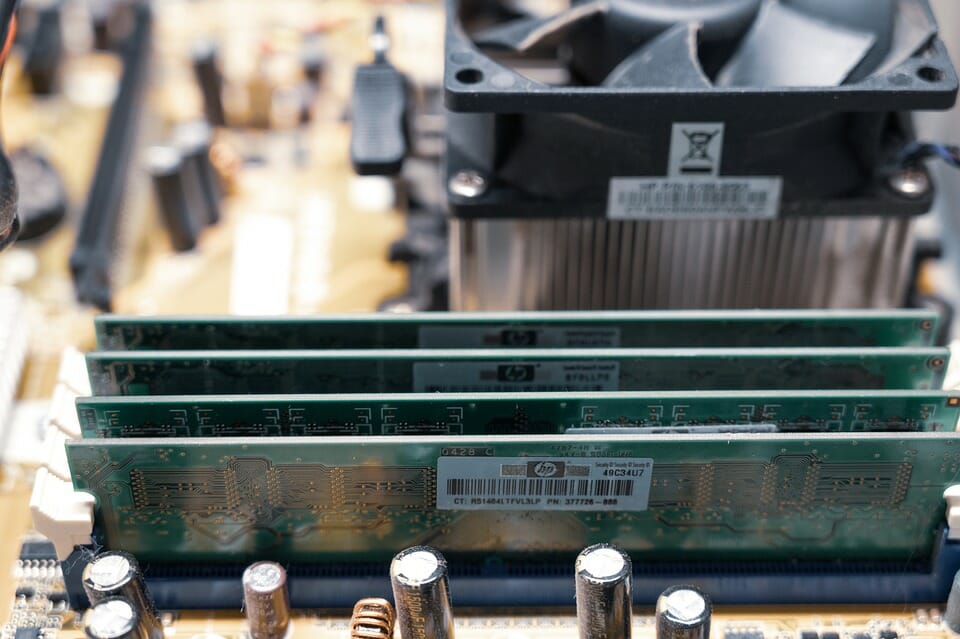 Low voltage or power consumption of DDR4 will be welcomed by those who want to build a system with high performance.

DDR4 RAM is the latest generation of RAM. They use less power and offer higher potential performance, but come at a slightly higher cost than DDR3.

DDR3 is still commonly used for entry-level servers and workstations. In comparison to DDR3, DDR4 runs on a lower voltage of 1.2V in comparison to 1.5V of DDR3, which you can easily see by looking at the size of the notches on the memory module.

A DDR3 ram will be found in an old CPU while DDR4 rams come with new processors. DR4 RAMs are the newest version of  Memory chips that are used in new Laptops, Desktops, and Gaming Consoles.

In terms of performance, DDR4 wins over in almost all areas that include bandwidth, faster clock speeds, technology, higher data density, and power consumption except for latency and cost.

Double data rate4 tends to have a higher latency of at least 15 while DDR3 has a lower one of 9 to 10.

When this memory was initially released, Its price was high compared to now. It has since gone down though it costs more than DDR3 in the current market. Double data rate3 costs $115 while double data rate4 costs $130. 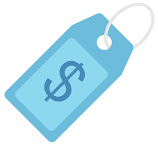 Another noticeable difference between ddr3 and ddr4 is that they do not work together. They have physical differences which prevent them to fit into each other’s motherboard.

DDR4 uses a 288 pin connector while DDR3 uses a 240 pin connector.  These different connectors ensure that a RAM stick will not be inserted in the wrong slot. Before buying any memory, make sure it is compatible with your system.

To answer this question, DDR4 cannot fit in the DDR3 slot because of their physical difference/s.

Which Ram Is Better, DDR3 Or DDR4?

It is a common notion that DDR4 RAM is definitely better than DDR3 in performance. Newer technology always wins the day. However, for those looking for reasons upon which side to take in the battle between DDR4 and DDR3, here are some facts about both:

While comparing the two, it is important to note that most of the new computer components and laptops support newer RAM DDR4.

RAM DDR 4 consumes less power and is faster compared to DDR 3. It has a better transfer rate per second when compared to its counterpart. If you are looking to upgrade your RAM for a better gaming experience or for intensive use of your computer or system, I can definitely recommend ram ddr4 since it will improve performance.

Has better reliability, offers higher module density, and has been designed with the future in mind. I hope this article has answered your questions about ddr3 and ddr4 and you will be able to make an informed decision.