If you are looking to connect your personal computer to the Internet, you have come to the right place. At VSS Monitoring, we bring you the best free information, reviews, news, and updates of the best hardware and software products to manage your digital life.

What is a LAN Cable? This article will answer this common technical question for users looking to find a reliable way to access the World Wide Web by wire. A LAN stands for a Local Area Network.

As the name suggests, it is a computer network that is managed within a local area that interconnects computers in a particular area such as in homes, universities, offices, commercial buildings, labs, and almost anywhere else you can put a range of computers in a close vicinity. CAT5 vs CAT6 upgrade, for example, should be enough for some not so demanding office work. 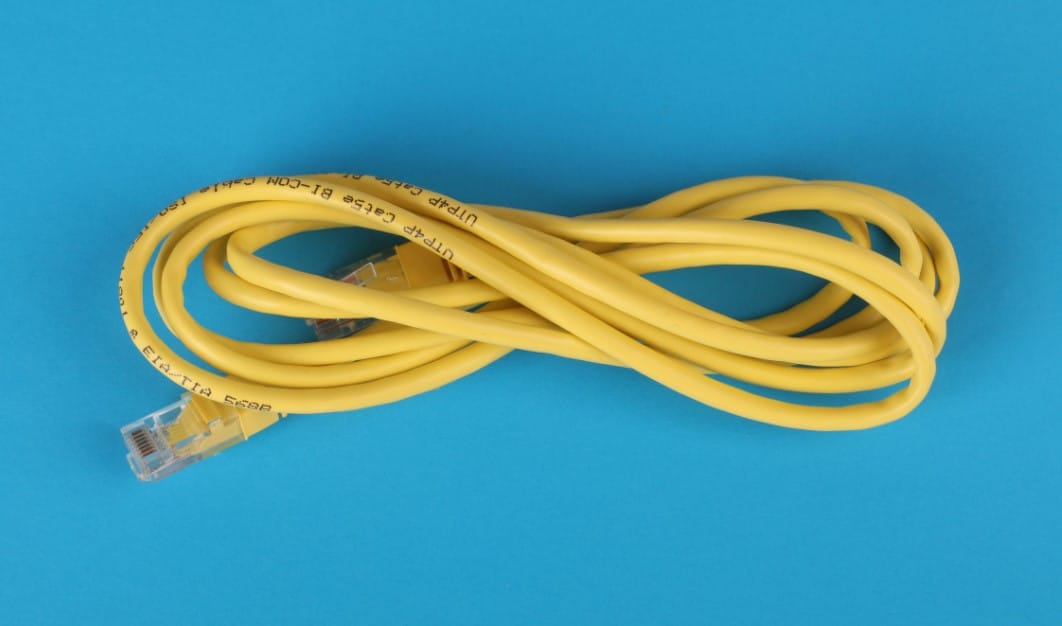 What Is A LAN Cable Used For?

You might ask yourself, "What is a LAN cable used for?". At VSS Monitoring, our easy-to-follow guides are aimed to solve all your technology problems and manage your digital life.

The beginning of a Local Area Network (LAN) started in the 1970's in the early stages of internet connectivity when there was an increase in the need for high speed interconnections of computers in universities and laboratories in many academic institutions.

One of the major technology companies in that era was. Xerox. In 1973-1974, Xerox introduced ethernet to the world and soon the world would follow in developing the Local Area Network

In 1977, Chase Bank in New York City was the first major building and corporate organization to install and introduce the LAN to their facilities.

A LAN cable is used to connect computers and hardware to form a LAN. LAN is the common name used as an acronym for"Local Area Network" of devices.

These cables are composed of copper wiring and come in various categories. The two most commonly used cables are the Cat5 and Cat6 cables. Simply, plug in the appropriate cable to the right port on your wireless router, network switch, or other connected devices.

Are LAN Cable and Ethernet Cable the Same?

This is a very common question that even many highly technically proficient people often get confused about. The difference is quite small. 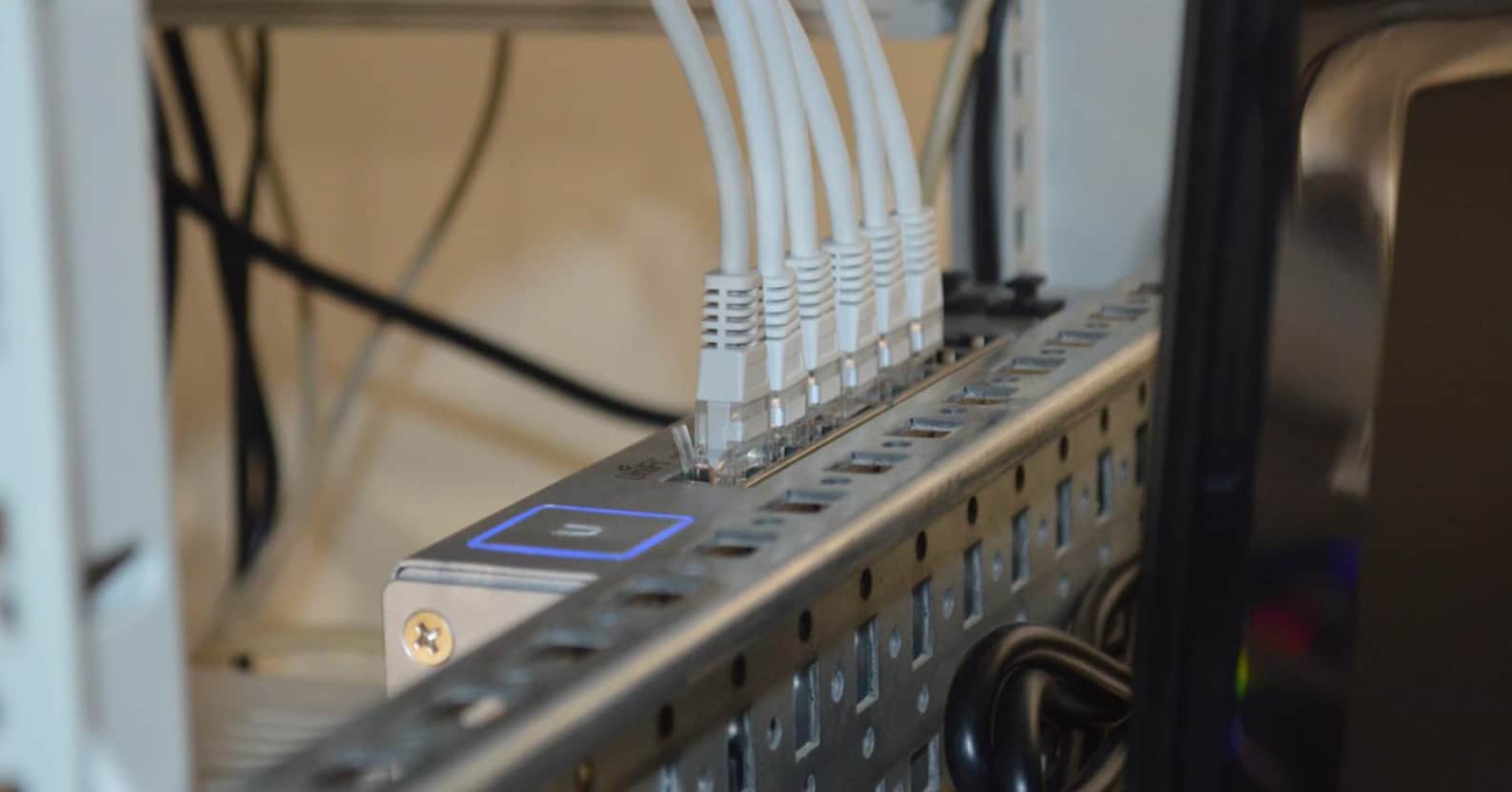 In general, LAN cables and an Ethernet cables are practically the same thing. Each one is considered a "network cable" that enables ethernet connection within a system or device. Should you opt for an Ethernet cable, find out more about the CAT 6 and CAT 7, or CAT 7 vs CAT 8.

Almost all modern devices from computers and televisions to telephones and routers all make use of a network cable. Without these cables, a large amount of these modern devices would not be able to access the Internet and onto the World Wide Web.

The name "network cable" is a general term that incorporates many different applications.. The technology behind a LAN cable and Ethernet cable are very similar but have a different origin story of their humble beginnings.

If you are looking to access the Internet by standard wire, make sure to get the right type of cable and length for distance. Some specific cables will have a higher bandwidth for better Internet speeds that will depend on the signal and quality difference.

For the most part, any specific type of data cable which assists in computer networking can be considered a LAN cable. This is because these cable types are supporting a Local Area Network (LAN).

In particular, these computer networking cables are specially designed for use in small distances within a given area range. Most of these cables contain some kind of coax and other components that is finally terminated with a BNC cable or ethernet cable.

As such, many of these cables utilize wired connections to link or access any data type. The two main characteristics that help to differentiate different LAN cables from each other are networking topology and media characteristics.

Network topology refers to the geographical placement of machines and how a LAN gets on an Internet connection. Media characteristic refers to the physical connection of the device to the actual network.

Depending on the different protocol types, there are also two main types of LAN cables: client/server LAN cable and peer-to-peer cables. 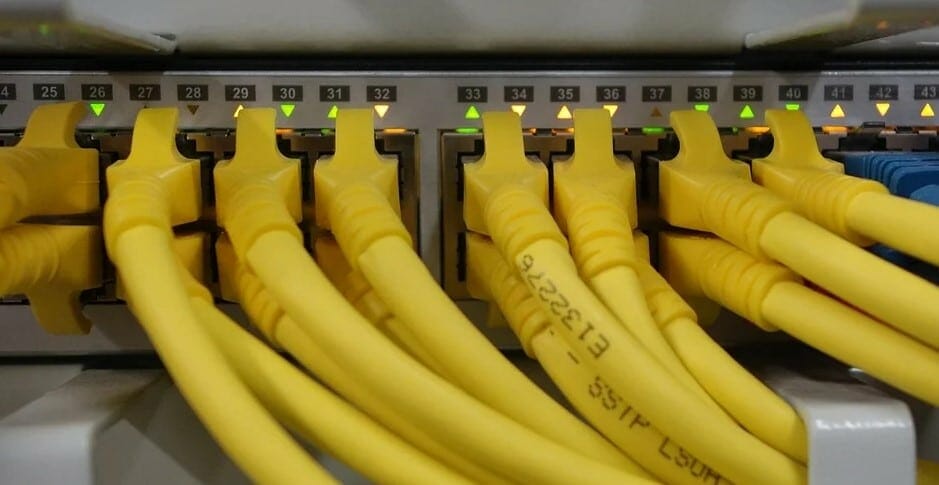 The client/server LAN cable is also known as a two-tier LAN cable, where they consists of powerful computers called networks that help to manage network traffic, disk drives, printers, peripherals, and other hardware. As such, these cables service both personal computers or workstations in order to help run certain applications.

Peer-to-peer LANs do not perform any heavy workloads compared to the client/server LAN cables. The peer-to-peer (p2p) characteristic of this type of cable indicates that each computer or node will have an equal share in running within the Local Area Network (LAN).

Because LAN cables help in data transfer at a extremely higher pace than telephone line connections, there is also a limitation of the number of computers within the network that they can support as well as the maximum distances in which data can be transferred. This new resulting wider network covered is also known as a wide-area network (WAN).

What Are the Types of LAN Cable?

There are three main types of LAN cables:

Each of the above three LAN cables has different designs and functions, which power your network connections. You will most likely use coaxial cables for connection from your Internet Service Provider to your modems.

In today's fast-moving technology world, an ethernet cable have seen a tremendous and exponential growth in its long history of progression from 10 to 100 megabytes and later on from 1 to 10 gigabytes. In fact, some data centers have even reached to 40 gigabytes and may even sometimes go as far as 100 gigabytes.

Is LAN Cable Faster Than WIFI?

Often times Internet users are concerned with the Internet speed in which they access the World Wide Web . This may be a problem depending on which Internet Service Provider (ISP) you choose. Another reason might be that your WiFi router is not up to standard to deliver high Internet speeds. 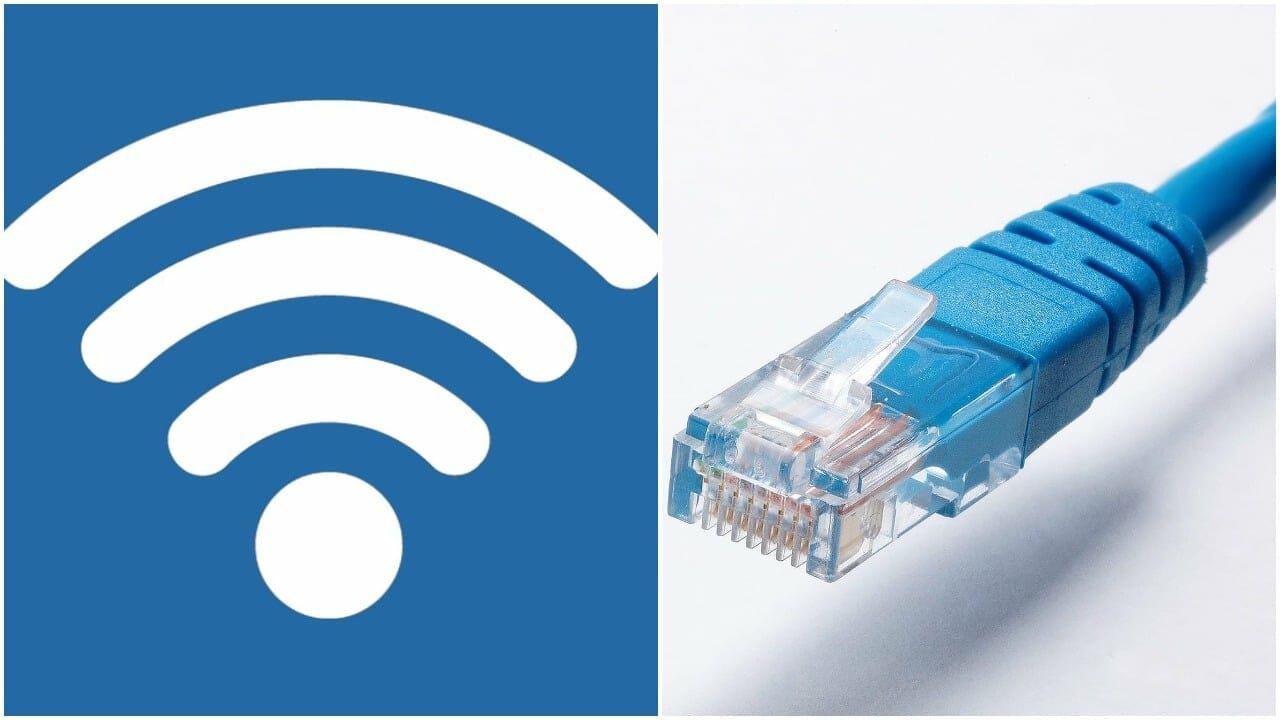 Although Wi-Fi speeds have increased significantly over the last few years thanks to such standards as the 802.11ac and then 802.11n, which offers maximum speeds of 866.7 megabytes per second and 150 megabytes per second, respectively, the use Ethernet via LAN cable to access the Internet is still generally faster and better than WiFi.

One main benefit of utilizing a LAN cable through Ethernet is that download and upload speeds when transferring files between two computers within the same computer network will always be faster than WiFi.

This is because your Internet connection is not involved. Therefore, the maximum speeds from the signal of your local network hardware through Ethernet is the main engine of speed and quality when transferring data files.

When accessing the Internet through Ethernet, a LAN cable can get the job done easily and efficiently. The ethernet cables do look similar to common phone cables. However, the connector (the ending part of the cable to plug into your device) is slightly bigger than a phone cable's connector.

In addition, at the end of each LAN cable is a small modular plug, which is often a Registered JACk 45 (RJ45) connector. They work to deliver signals and connect networking equipment like a network switch. If you use a printer that connects to your router, then you can use a LAN cable.

Most ethernet cables can carry signals over a long distance. Some specialized cables such as fiber optic cables are used in larger networks, where they carry both an electrical and wireless signal to send and retrieve data.

Cat6 LAN cables are thicker than Cat5 LAN cables because the wires are gauge 22 versus gauge 24 used in Cat5 cables. In addition, Cat6 cables have plastic spacing in the middle of the cable separates the 4 twisted copper pairs from each other.

What Should I Look for Before Buying LAN Cable?

There is no general answer to that question as it depends heavily on the conditions of your network.

SF/FTP cables are recommended to avoid interference as much as possible. They are twisted, shielded and have double protection to the outside. Cat6 cables are now the common standard and can be used in both private and business environments. 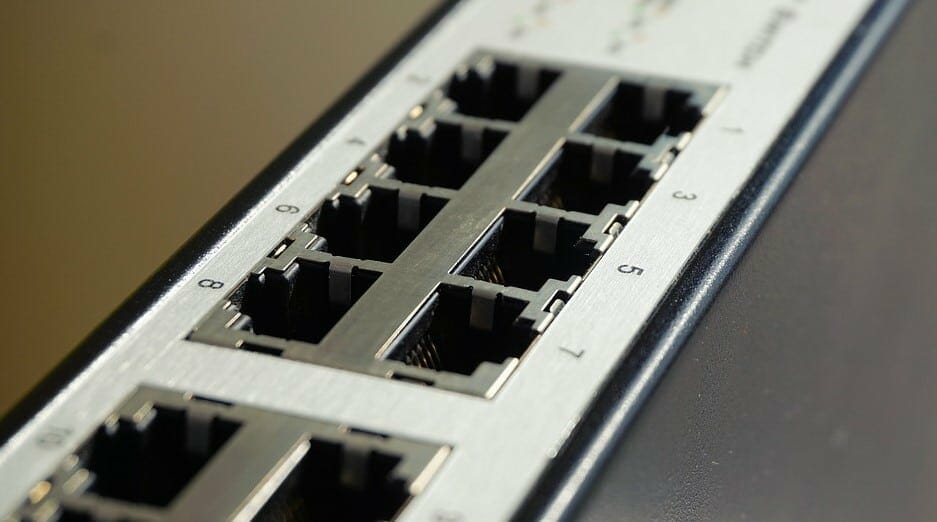 What Is a LAN Port?

LAN ports or ethernet ports are network ports or jacks you can use as sockets to connect computers, servers, video game consoles, router or modem and other devices to the internet. Ethernet ports look similar to a traditional phone cable but is in fact a larger port.

Usually they are located on the back of network devices like standard modems or WiFi routers. Generally, they are used to establish a wired connection, not a wireless internet connection.

When utilizing a modem, you can check on the back for a thumb-sized LAN port to connect with your LAN cable. Your modem should have a label for each of the different ports. Then see which of the ethernet cables you should choose to connect with the port.

What is a Fiber Optic Cable?

There are different categories of products to optimize your internet speed at home. In one category is the ethernet cable usually made of copper. The other category is the fiber optic cable.

By using specialized network switch devices or routers at home, you can customize certain features and functionality with your fiber optic cable connection however you like.

Installing ethernet cables for networking many different types of devices depends on much of the hardware used when transferring data from the Internet using network switch.

In general, ethernet cables are used to connect your computer, laptop, mobile devices and any hardware to other networks through a wireless router or other network switches.

For more information, please stay connected with us at VSS Monitoring for the latest news, updates, and other information of the Web's best free, paid, and special category products. Come search and find the most awesome free reviews on the Web!

A LAN cable is a cable that connects network switches, to computers, to a router, modem, or DSL which powers your internet at an internet provider (ISP). These devices when connected together with a wireless LAN, Ethernet, or networking cable form a LAN (Local Area Network).

LAN cables are used to connect devices together in a local area network. They work by transmitting data signals through copper wires. The signals are converted into electrical current, which is then sent through the wires. When the current reaches the end of the cable, it is converted back into a signal and sent to the device.

Cat5 - Cat5 cable is outdated. Do not install this cable. Cat5e cable is suitable for Gigabit speeds and networks. Cat6 supports speeds up to 10 Gigabit Ethernet and can be achieved with a distance of 37-55 meters or less depending on the grade of the cable and quality of installation.
Cat7 has the pair-sharing capability, making it possible to use one cable to power several different devices at the same time utilizing each pair as needed.

An RJ45 is a cable connector that's mainly used in computer networks. An RJ45 is mainly used for ethernet networking which is used to connect devices such as network switches, hubs, PCs, routers, modems, firewall to each other.

5. How do fiber optic cables work?