The first computer monitor was invented by Karl Ferdinand Braun in 1897.

Karl Ferdinand created the cathode ray tube as the first computer monitor. The cathode ray tube (CRT) is a vacuum tube that has one of its ends coated with phosphors. CRTs work by emitting light when electrons strike them. They were mainly used to display colorless vector graphics rather than viewing texts before the advancement to color cathode ray tubes that displayed graphics and texts.

Who is Karl Ferdinand Braun?

Karl Ferdinand Braun was a German inventor and physicist. He was born on June 6, 1850, in Fulda, Germany, and died on April 20, 1918, in Brooklyn, NY, USA. He studied oscillations and elastic strings and graduated in 1872 from the Universities of Marburg and Berlin. He began his professional career in 1874 at Würzburg University.

Other than investigating oscillations of strings and elastic rods, he also did electricity research. His multiple practical experiments, including the electromotive force of reversible galvanic elements and their calculation, led to Braun's invention, otherwise known as cathode ray tube and cathode-ray oscillograph, in 1897.

Karl Ferdinand Braun created the first computer monitor by introducing a fluorescent screen to the cathode ray tube. Whenever electrons hit the screen, they emitted light. He also contributed to the development of television and radio technology. In 1909, he won the Physics Nobel Prize, together with Guglielmo Marconi.

How Was the First Monitor Invented?

In 1907, Boris Rosing, a Russian scientist, used the CRT to receive a television system with a mirror-drum scanning system at the camera end. He transmitted geometrical patterns to display on the television screen. In contrast, check out which types of monitors are currently being manufactured.

The cathode ray tube's first monitor looked like an industrial cabinet with a flat or curved screen. 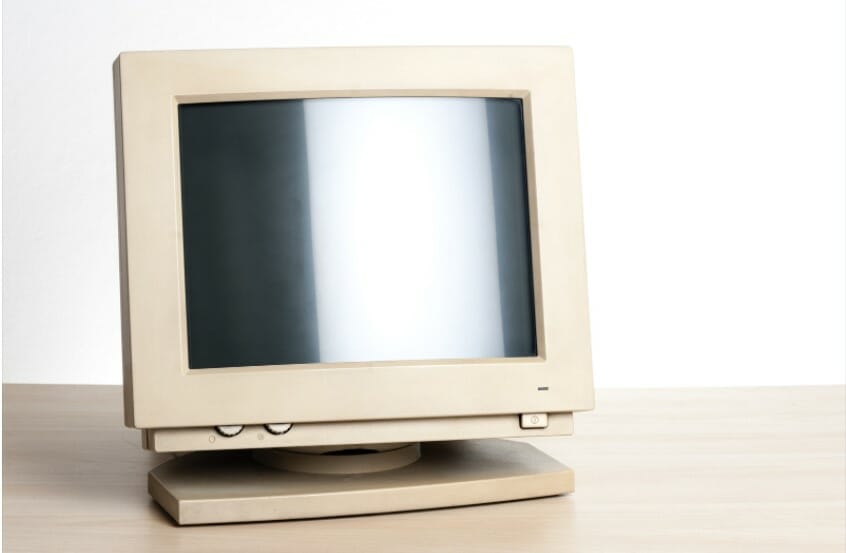 What is CRT (Cathode Ray Tube)?

Cathode Ray Tube, CRT is a vacuum tube that produces texts and graphics when an electron beam strikes the phosphorescent surface. It's an airtight sealed glass bottle. The cathode ray tube has a slim neck that tapers outward to form the screen, which is a more extensive base. To the inside of the screen are many tiny phosphor dots that coat the screen.

There are two categories of CRT based on the number of electron guns used. A monochrome CRT uses one electron gun, while a color CRT uses three of them. As a result, the latter produces red, green, and blue images. These colors combine to form a multicolor image.

The advantages of CRT monitor areas listed below.

Disadvantages of CRT monitors are listed below.

George H. Heilmeier, an American electrical engineer, invented the LCD monitor in 1968 at the RCA research laboratories. Mr. Heilmeier, together with his colleagues at Radio Corporation of America's research laboratory, began experimental practicals on electronic image creation involving the manipulation of tiny liquid crystals on thin layers of glass. In May 1968, Radio Corporation of America approved the technology and started planning its application on products like watches. To answer the question, ‘what is LCD monitor?’ It is a thin flat panel used in phones, watches, television, and monitors to display texts and graphics - see all monitor panel types here.

Who is George H. Heilmeier?

George H. Heilmeier was an American electrical engineer who pioneered the liquid crystal display (LCD) invention. He was born on May 22, 1936, in Philadelphia. He went to Abraham Lincoln High School and later joined the University of Pennsylvania.

He enrolled for a degree in electrical engineering and graduated in 1958. He later studied his master's and a doctoral degree in solid-state electronics from Princeton.

George H. Heilmeier began his career at RCA Research Laboratories. He specialized in electronic and electro-optic devices, and in 1966, he was promoted to Head of Solid-State Device Research.

In 1963, George H. Heilmeier and Richard Williams published the application of liquid crystal materials for display. He and his lab colleagues commenced the investigation of the use of liquid crystal displays in televisions. They later focused on developing the digital time display to be used in watches and clocks. 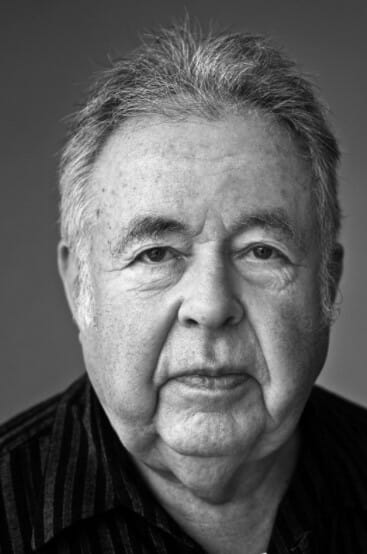 How Was the First LCD Monitor Invented?

The first LCD monitor was invented by devising electronic control for light reflected from liquid crystals. George Heilmeier, Louis Zanoni, Lucian Barton, and other engineers and scientists at the RCA laboratories pioneered this invention.

The liquid crystal displays used a dynamic scattering method, where an applied electrical charge reorganizes the liquid molecules to scatter light. The DSM design consumed a lot of power. In 1969, the DSM was replaced by a better version using liquid crystals' twisted nematic field effect.

What is the Technology Behind LCD Monitor?

The technology behind the LCD monitor is the active-matrix liquid-crystal display technology. This technology is a flat-panel display for high-resolution computer monitors, phones, and televisions. The technology was established by Bernard J. Lechner, a worker at the RCA laboratories, in 1968.

Pixels are tiny pigments that are manipulated to display information. The display comprises several layers of a substrate containing liquid crystals in a thin layer between the glass panel.

The panel directs the crystal using its flutes to give it a distinctive orientation. Flutes are oriented parallel to each other, but longitudinal flutes are derived by placing transparent plastic films on the glass surface.

Light illuminates the liquid crystal panel, and the plane of polarization is rotated 90° when a panel passes. The molecules are aligned, and the polarization angle deviates from 90° when an electric field emerges.

The LCD monitor technology designs the monitor's Backlight to output a color image to generate light at the back of the LCD monitor. 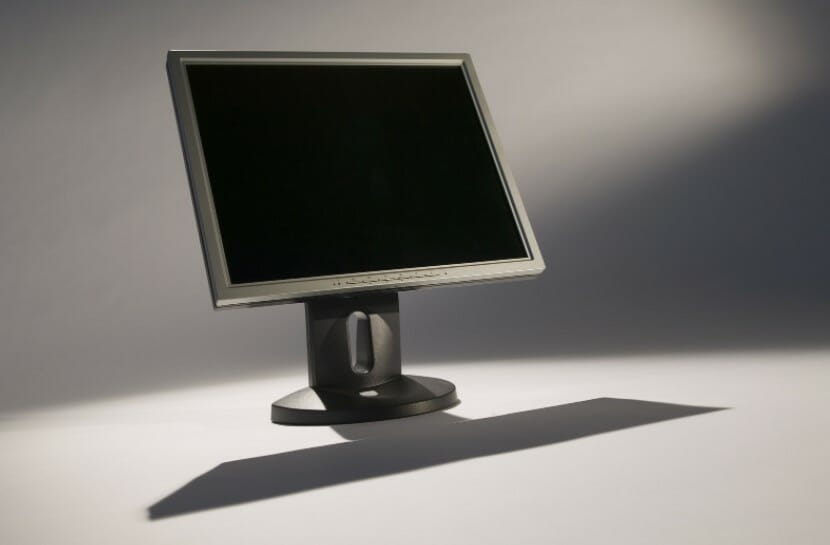 The advantages of LCD monitors are listed below.

Disadvantages of LCD monitors are listed below.

The General Electric teams were researching optoelectronics, which deals with converting an electric current into light. Robert N, one of the team members, discovered a laser using a semiconductor diode. This laser emitted infrared radiation, which is undetectable by naked eyes. Holonyak was inspired by this laser and later developed a diode capable of emitting visible light.

LED monitors that display green and blue lights were later developed in the 1970s and 1990s, respectively.

Who is Nick Holonyak, Jr.?

He schooled at the University of Illinois, where he enrolled in electrical engineering. He received his bachelor's degree in 1950. He later went for his master's degree in 1951, and later a Ph.D. in 1954.

In 1954 and 1955, he worked at Bell Telephone Laboratories and later joined the military from 1955 to 1957. Nick Holonyak, while in Syracuse, New York, joined the General Electric electronics laboratory, where the team's previous developments inspired him to develop the first light-emitting diode in 1962.

Nick Holonyak left General Electric in 1963. He joined the University of Illinois for a professional post. In 1993, he was made the John Bardeen Endowed Chair in Electrical and Computer Engineering and Physics. He retired from his professional career in 2013. 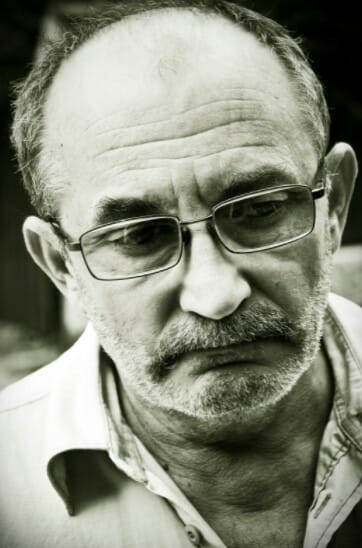 How Was the First LED Monitor Invented?

The idea behind the creation of the first LED monitor was optoelectronics. This is a concept that deals with how electric currents can be converted into light.

The purpose for creating the first LED monitor was to produce a diode that emits visible light as opposed to the Hall's laser that emitted infrared radiation only, which was invisible to the naked eye. 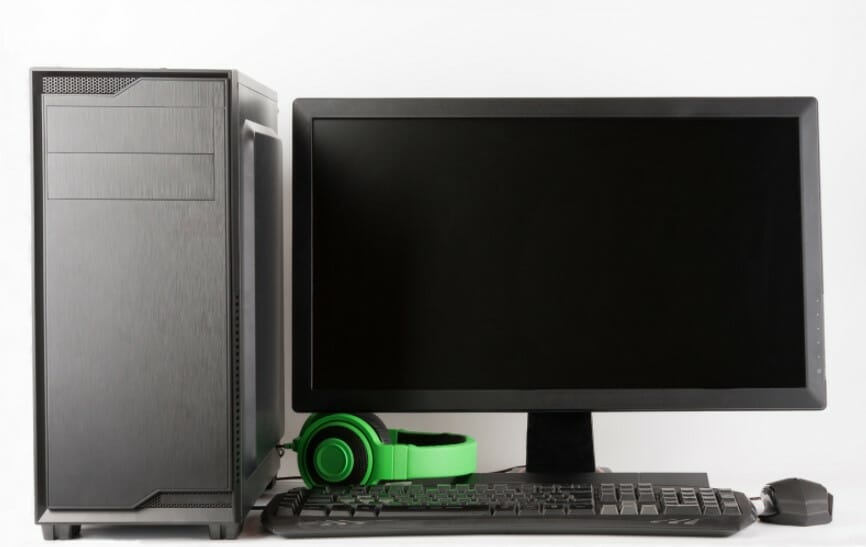 What is the Technology Behind LED Monitor?

The technology behind the LCD monitor varies from one monitor to another. There are many types of technologies applied in LED monitors, as listed below:

The advantages of LED monitor areas listed below.

Disadvantages of LED monitors are listed below.

Who Invented the OLED Monitor?

The first OLED monitor was made by placing organic thin films between two conductors. A bright light is produced when a beam of electric current passes through.

OLED technology does not use backlighting. Each pixel produces its light to produce an emissive display.

OLEDs are used the same way an LCD monitor is used wherever LCDs are used, only that it produces brighter and colored images.

Who is Ching Wan Tang?

Ching Wan Tang is a Hong Kong–American chemist who in 1987 pioneered the invention of the first OLED monitor. He was born on July 23, 1947, in Hong Kong.

At the Kodak laboratories, he researched organic electronics. It is here, where in 1987, he invented the first OLED monitor. He left Kodak company in 2006 and joined the University of Rochester to be a Chemical Engineering professor.

He was recognized for his invention of the heterojunction organic solar cells and OLEDs and received the 2011 Wolf Prize in Chemistry and the 2017 IEEE Jun-ichi Nishizawa Medal.

He was inducted into the National Inventors Hall of Fame in 2018 for inventing OLED, together with Steven Van Slyke. 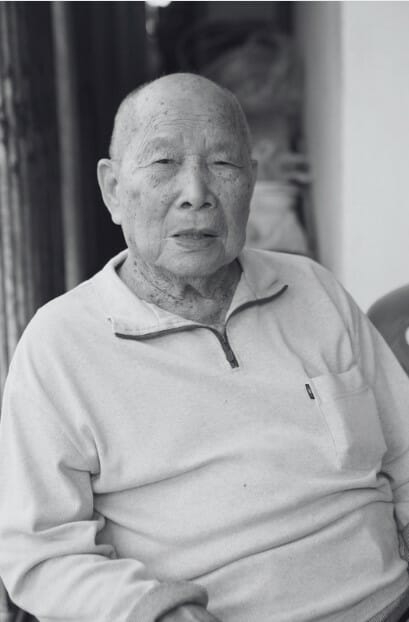 How Was the First OLED Monitor Invented?

The first OLED monitor was made by using several organic thin films placed between two conductors. A bright light is emitted when a beam of electric current strikes between the conductors.

The pixels of the OLED produce light eliminating the need for a backlight. The first OLED monitor was developed for use as a car stereo display.

The OLED monitor is an advanced flat panel display used in televisions, smartphones, and computers for a quality display.

What is the Technology Behind OLED Monitor?

The technology behind OLED monitors exists in two varieties. The first technology uses small molecules, while the other technology uses polymers. When mobile ions are added to OLED, a light-emitting electrochemical cell is created.

The control scheme for the OLED can be a passive or active matrix. The passive scheme has the rows controlled one by one. Conversely, the active scheme applies a thin-film transistor backplane to control all pixels, enabling a higher resolution and more significant display sizes. 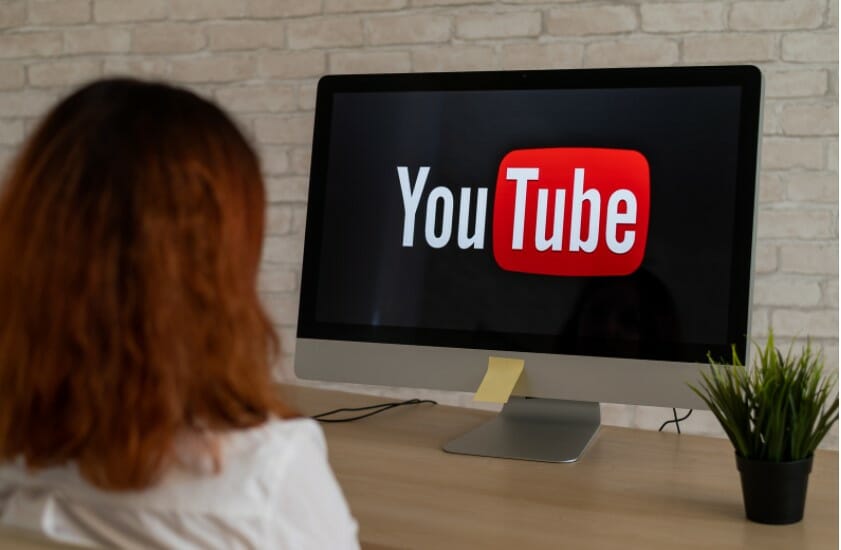 The advantages of OLED monitor areas listed below.

Disadvantages of OLED monitors are listed below.