DVI, the short form for Digital Visual Interface, is a video interface designed for higher resolutions transmission in LCD monitors, video graphics cards, and projectors. It was advanced by the Digital Display Working Group (DDWG). The video interface transmits uncompressed digital video signals to a secondary display device from a source device. It is popular in video cards and may have one or two.

The two DVI formats, DVI-D and DVI-I, have several similarities, although they differ in many ways. Read through to learn more about DVI-I vs. DVI-D. 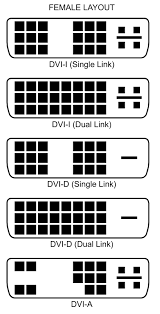 In many ways, the two DVI formats are very similar. To begin, both can transmit digital video signals, with the exception that only the DVI-I can also send out analog video signals. Video signals are another commonality between the two devices. They are unable to send or receive audio data. Another similar feature is that DVI-D and DVI-I are colored white incompatible devices. Most compatible devices have DVI-D and DVI-I ports colored white. Also, both of them have a single link and dual link support.

Despite DVI-D and DVI-I having several similar features, they differ in many ways. Firstly, a DVI-D connector is a male connector, while a DVI-I is a female connector. This feature means that DVI-I can support all other DVI video interface formats, while DVI-D can not support other forms.

A DVI-D video interface only transmits digital video signals, while a DVI-I video interface transmits both analog and digital video signals. This feature means that the DVI-I will have broad compatibility and applicability with a DVI-D connector. Note that the DVI-I connector does not convert analog signals to digital or digital signals to analog. However, they accept the signals but can't accept both simultaneously.

Is a Single-Link DVI-D and DVI-I Compatible With Dual-Link DVI Connectors?

Applying the dual-link DVI-D or DVI-I video interface in place of a single-link DVI means that it is successful, although the connection may be limited by the number of pins on the female DVI connector. 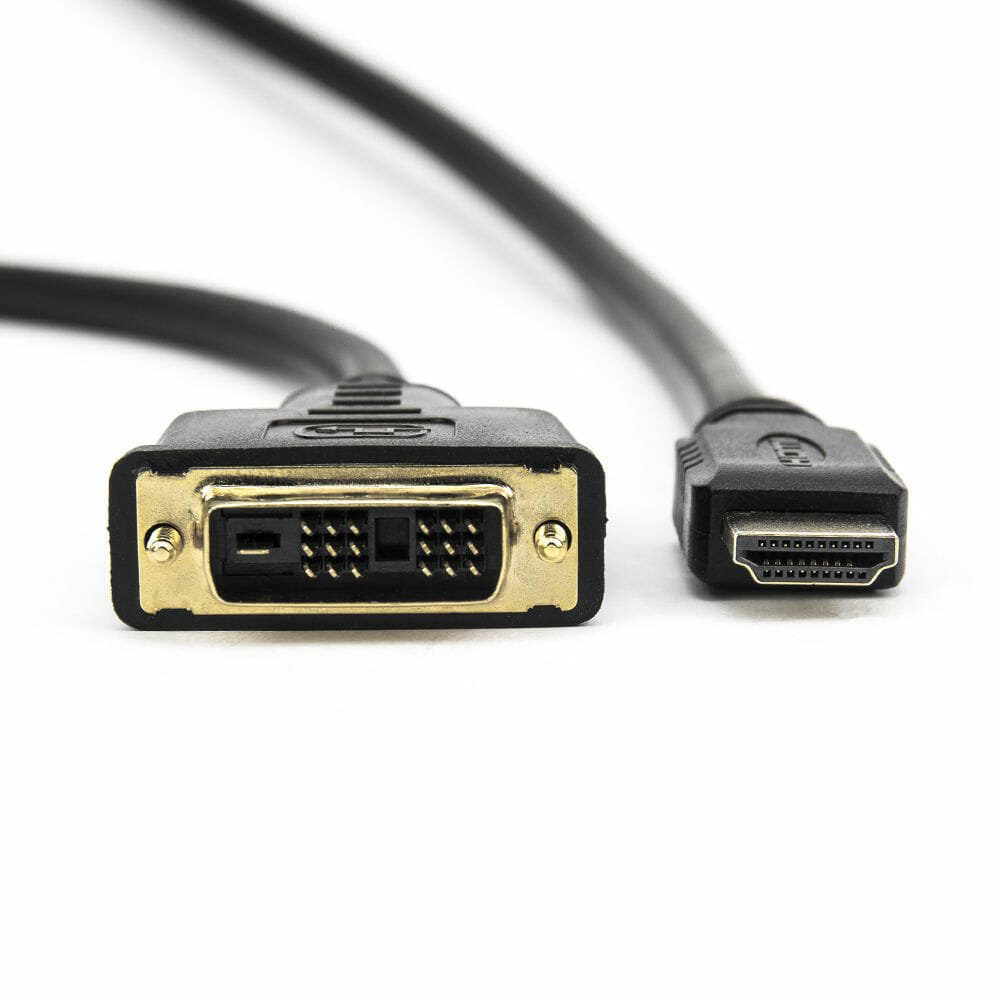 Which Is Better, DVI-I or DVI-D?

It is upon one's choice to decide which DVI video interface to use. You must understand the distinctive features, functionality, and benefits of the different DVI connectors before deciding on the one to use for a specific use. However, you may want to know the most common or preferred one on most devices; here is a lead.

Despite the DVI-I connector being more versatile than the DVI-D connector, it is less preferred on most modern devices. The DVI-D is widely used in motherboards and graphics cards. These DVI connectors help users connect their personal computers with digital monitors. Similarly, they allow you to connect your personal computer with a CRT monitor.

Can You Make a DVI-I Into a DVI-D? 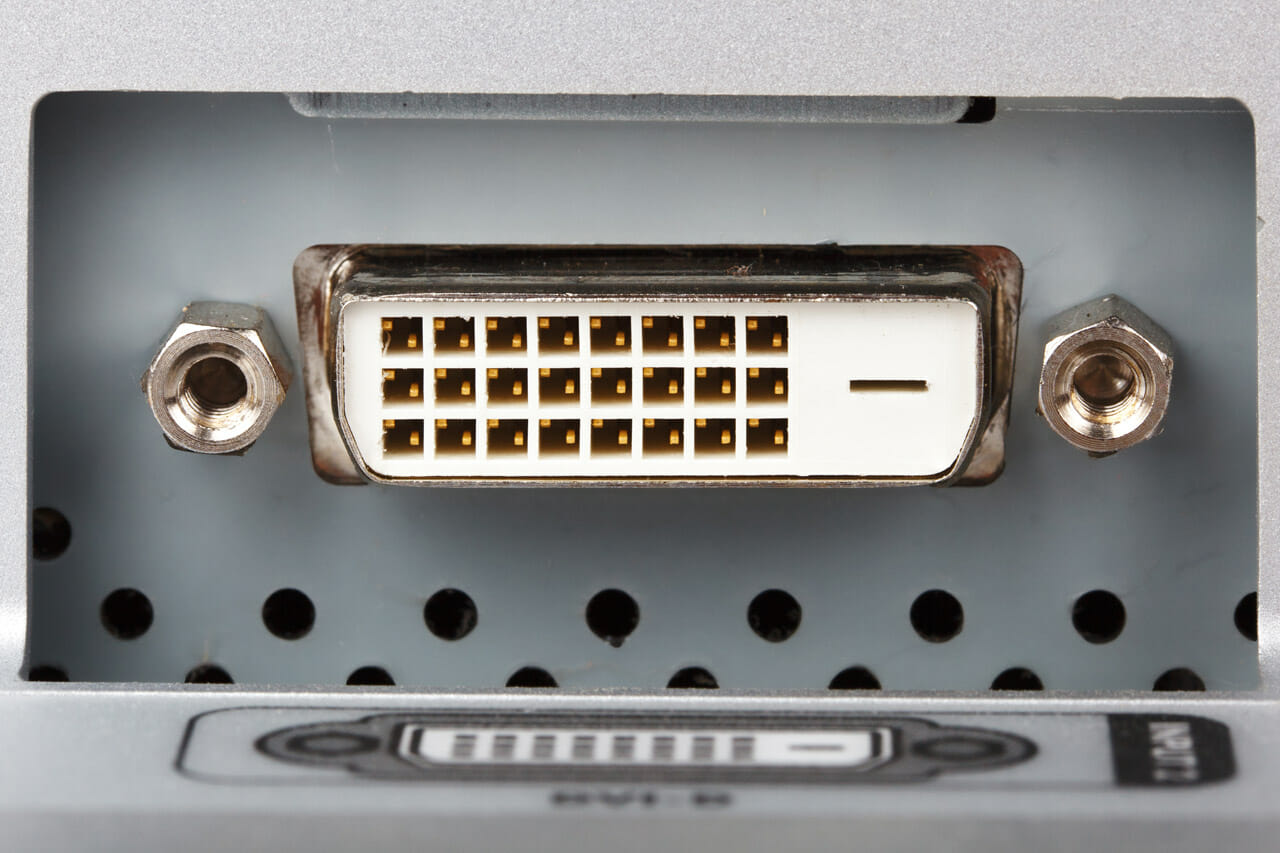 DVI connectors are slowly vanishing from the electronic world and being replaced by advanced technology standard interfaces, particularly the DVI-A and DVI-I connectors. These DVI connectors carry analog signals, which are obsolete on most modern devices using digital signals with high display resolutions.

However, some devices, especially 1080p monitors, still have DVI-D input ports. These monitors are compatible with DVI-D transmitting 1080 pixels display resolution at either 60 Hertz or 144 Hertz refresh rate. Besides, DVI cables are cheap and commonly available.

What Is the DVI-D Connector Port For?

The DVI-D port found on most monitors, projectors, and other electrical devices connects to the PC or other source devices using the DVI-D cable. This port allows the transmission of digital signals only. 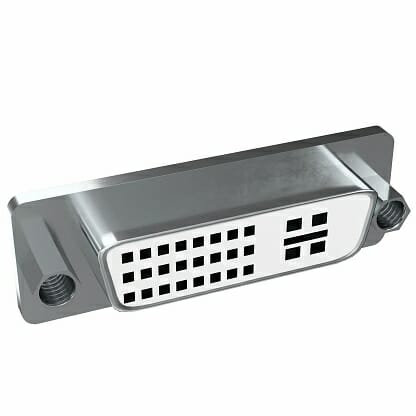 DVI video interface transmits video signals only. The DVI-D and DVI-I connectors are similar in several factors but differ in many features and functionalities. The number of pins on these connectors, the nature of signals transmitted, versatility, and compatibility range. Despite the DVI connector slowly becoming extinct, you're more likely to find a DVI-D port on a monitor or a projector than a DVI-I connector.