A TN panel is an abbreviation for Twisted Nematic. It is an LCD display technology that is still being manufactured and used in electronic devices today.

Although newer, better display technologies have developed over the years, TN panels are still bought due to their affordability (see top budget monitors) and great gaming features. In this article, I'll explain what a TN panel is and how it works.

It’s a Technology used in Many Devices

It is called twisted Nematic because of the way individual pixels in a TN display are aligned in relation to each other. 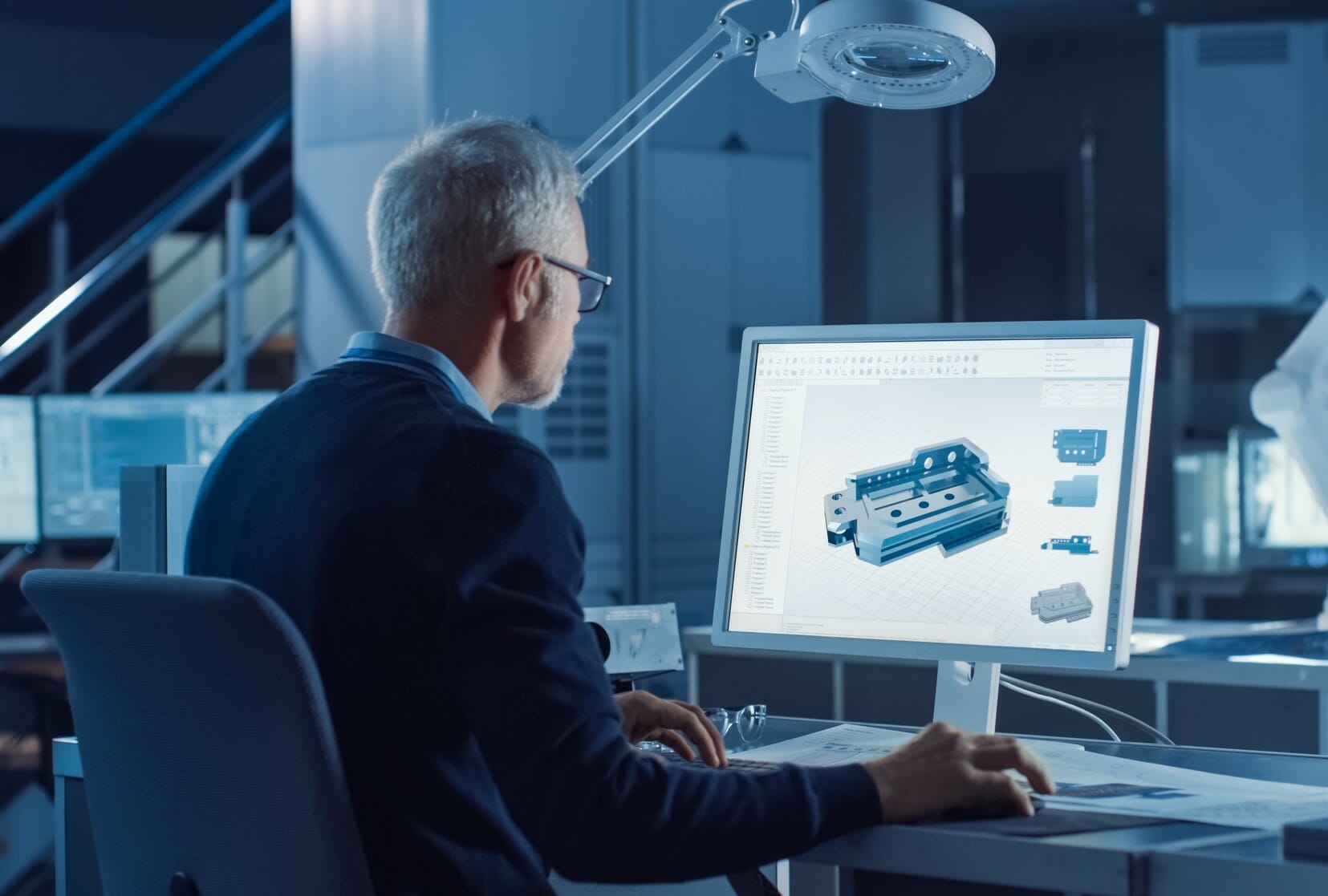 Many studies have been done on panel-type LCD vs. IPS displays. It's true that the quality of the image is not as good as ISP panels because of the way TN displays are made, plus they are cheaper to produce.

The refresh rate is the number of times per second that the image on the screen is refreshed. A high refresh rate means that your display can present a clear, fluid image to your audience without any distortion.

TN displays have a high refresh rate than other display technologies. This makes them popular with gamers who want to get a higher refresh rate (see 120hz monitors). With a TN panel monitor, images will be updated quickly, which reduces blurriness and ghosting during fast motion.

It is Extremely Responsive

A TN display has a better response time which makes it well suited for gaming. When playing games, you can't afford to have a bad response time. In other words, the time taken from pushing a button to seeing action on your screen should be as low as possible. A faster response time ensures that you enjoy fast-paced games without any hassles.

TN displays typically have a low response time of below 5 MS. This means that a TN monitor will show more detail in faster-moving scenes compared to a VA monitor.

Their Differences from other LCD Displays

TN display is a good choice in a work monitor for small businesses needing to get up and running quickly. It's less expensive, has great gaming features, and is easy to get. However, TN displays have a lower quality of color and contrast.

TN displays are enough for most people, especially if they're going to use them for the office. For high performance and a display of good colors, you might want to consider a VA display.

While more expensive, they're also brighter and crisper than TN panels. And if you have the budget for it, an ISP screen is the way to go. They have the highest quality of color and contrast available on the market today—perfect if you're trying to convey complex imagery in your storefront. 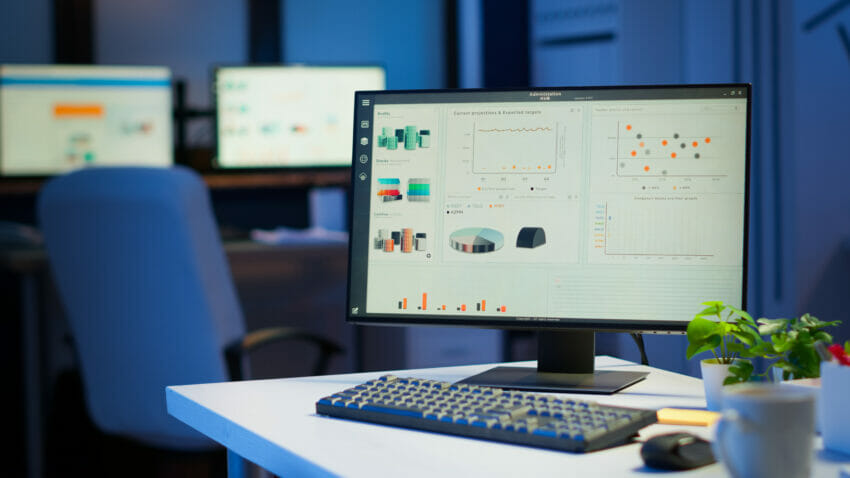 TN screens still make up a significant portion of the market, but they have fallen out of favor due to their poor color and viewing angle performance (see ultra-wide monitors) and lower contrast ratio.

The main problem with TN panels is viewing angles. When you move your head even slightly off-center, you can see a huge difference in color between what you're looking at directly and what appears when you look at the screen from an angle. For example, if you're viewing a white background, then move your head even slightly down or up, you'll see that the background starts to take on another color.

TN technology also fails to display certain colors accurately, which can result in a bluish or reddish hue on the screen.

Because of these limitations, TN displays are not as popular with graphic designers and similar professions as other flat-panel technologies such as IPS (in-plane switching) and AHVA or Advanced Hyper-Viewing Angle.

The low contrast ratio is something you can experience every time you use an old laptop or a monitor with this type of panel. If you put two colors right next to each other, like black and white, it will be extremely hard for your eyes to distinguish between them; the color difference will be almost imperceptible. 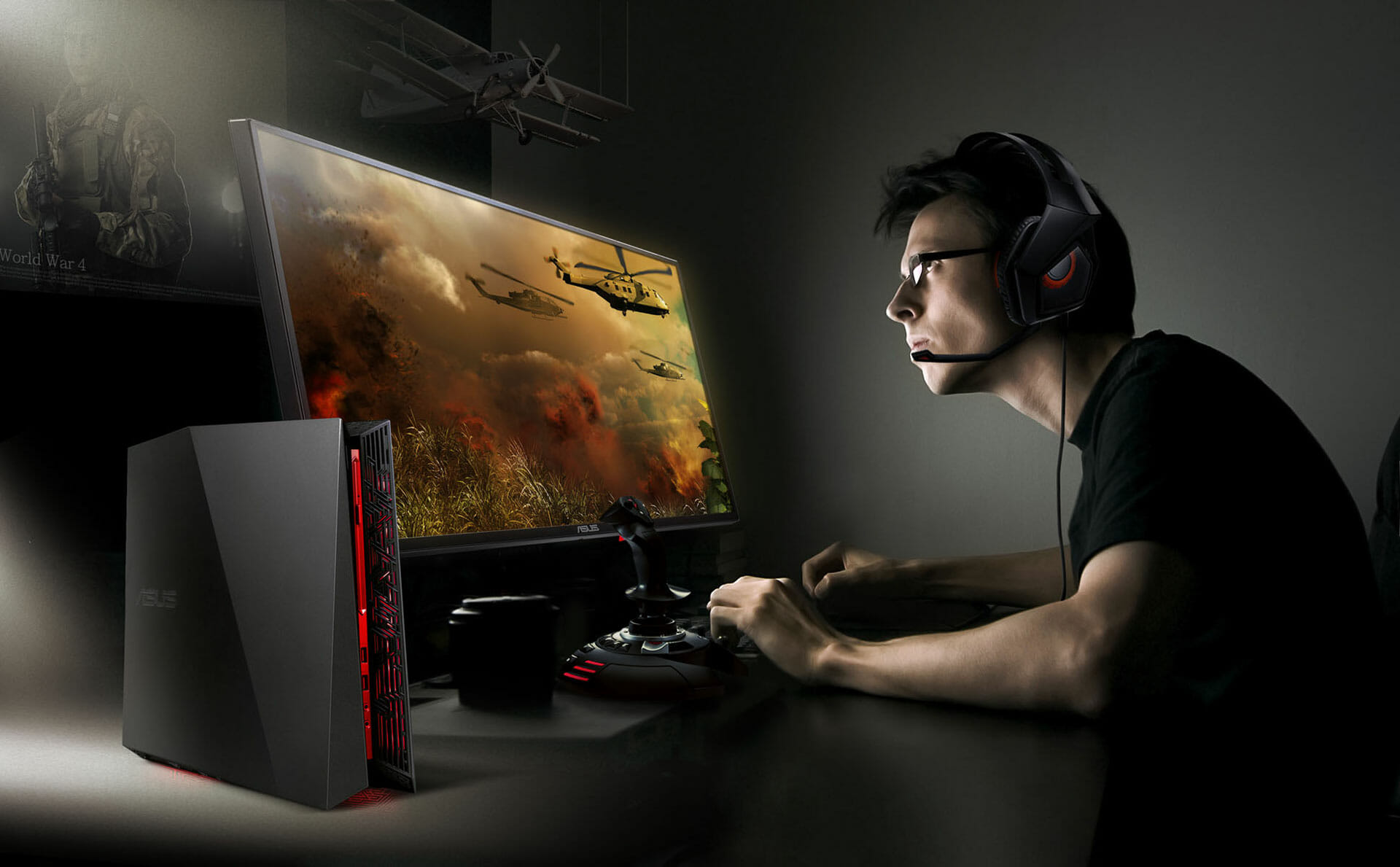 How Does TN Panel Work?

An LCD panel uses a combination of polarizers, color filters, and liquid crystals to produce an image. The backlight shines through red, green, and blue filters.

A special layer called the TFT (thin-film transistor) modulates the light to each pixel, allowing each color to shine through its assigned filter. It's like shining a flashlight through a stained glass window; each pane allows only certain colors to pass through to produce images.

What is the TN Panel Features?

If you have an old or even new monitor or laptop (see what they are still good for here), it's likely using a TN panel. Here are the TN panel features. 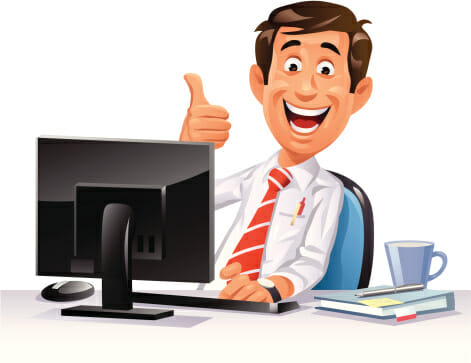 What are the Benefits of Using TN Panels?

There are various benefits of using TN Panels. I have listed a few of them below:

What are the Downsides of TN Panels?

Oh, I know a lot of people who would love to have a TN panel, at least in some areas. But their disadvantages are many which are; 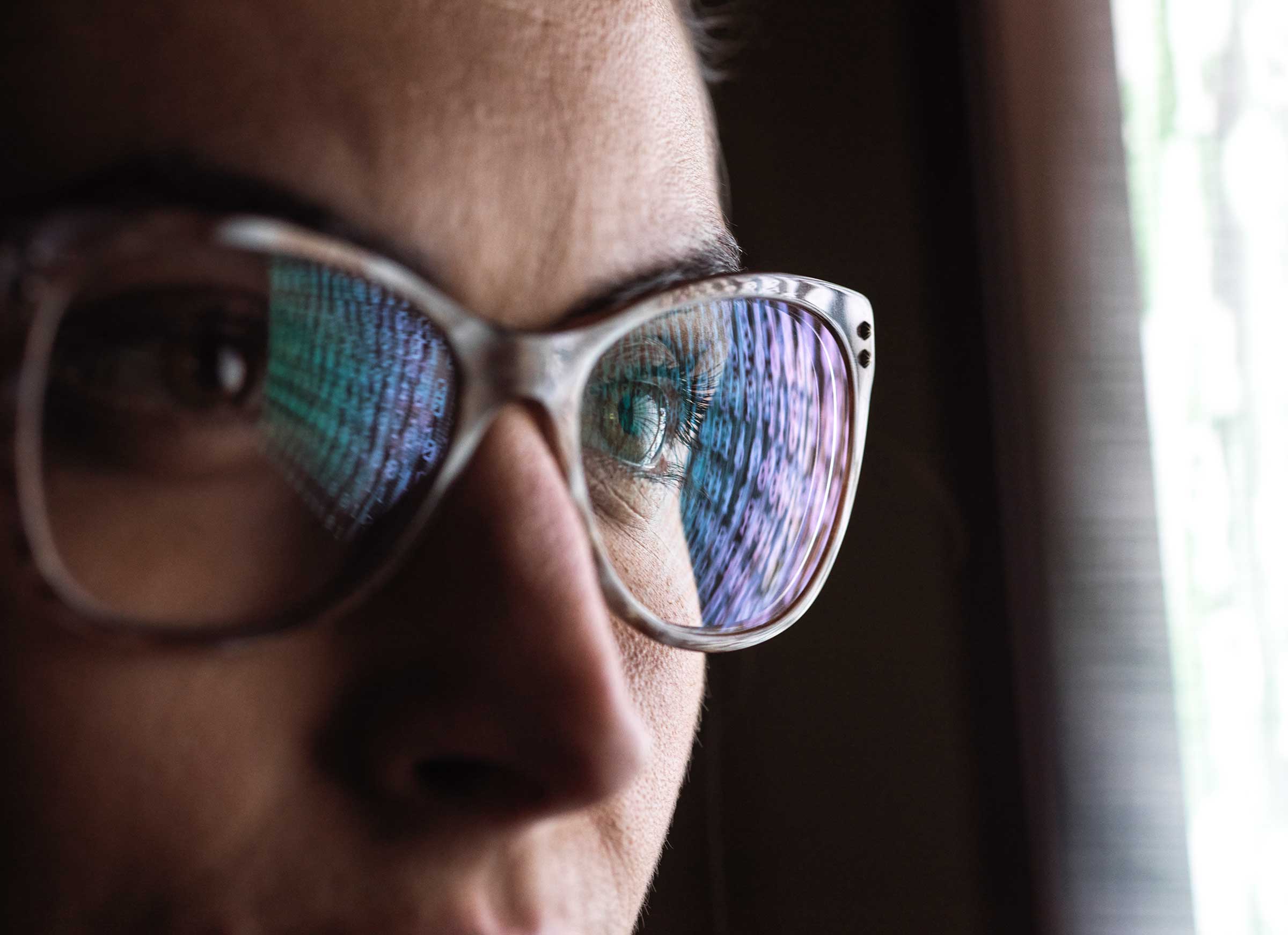 Can TN Panels Damage the Eyes?

Yes, TN panels can damage the eyes. Most people don't feel comfortable using a TN panel for a long time unless it comes with eye care technologies such as anti-flicker and blue light filters. If you like to watch movies on a computer all day, the IPS panel is recommended.

It emits blue light. The reason we need to avoid blue light is that it would make our eyes uncomfortable and cause headaches. You may have experienced this when you were playing computer games in the past: the screen was bluish and made your eyes uncomfortable. So if you worry about eye safety, please choose an IPS panel instead of a TN panel.

What is the Viewing Angle in TN Panels?

The viewing angle of most TN panels ranges from 170/160 degrees. If you sit directly in front of the display with your head leveled, you will experience this viewing angle. But if you were to rotate your head so that your line of sight is at an angle greater than 170 degrees, then colors will begin to drift and distort on a TN panel.

What is the Color Quality in TN Panels?

The color quality of TN panels is not that good. They do not produce crisp colors, so this type of monitor is not suitable for users who work on graphics or images.

I've had a TN monitor for over 2 years now, and I really complain about its colors. It's just that they don't have a good color range as IPS panels, especially in the reds, but if you're not an artist, you'll hardly notice it. 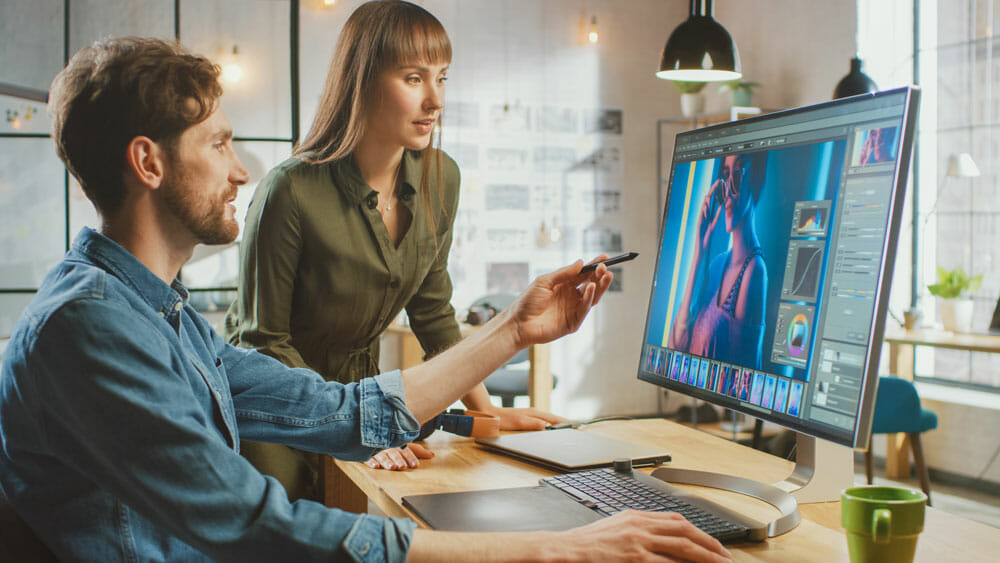 What is the Contrast Quality in TN Panels?

The contrast ratio is the measurement of the luminance between your blacks and whites in a display. A higher contrast ratio will mean that white will appear brighter, while black will appear darker. This means that when you are in a dark room, you can still see all the colors and details easily if you are watching a movie or playing games.

The TNs have the worst contrast ratio, while IPS displays have the best. TN Panels have lower contrast ratios of around 1,000:1 to 2,000:1. This is not that great for movies or TV shows, but it's still acceptable.

If you are planning to use your computer in a very bright light environment, you should choose the IPS ones, which have better visibility in a lot of light conditions than TN panels.

What is the Response Times of TN Panels?

Response time is the time taken for a pixel to change from one color to another. A TN panel has a response time of fewer than 5 milliseconds (ms). A lower response time like this is better because fast-moving images will appear smoother and more natural.

What is the Refresh Rates of TN Panels?

The refresh rate is important for PC gamers, as it determines how smooth their gameplay will look. Also, high refresh rates are essential if you watch fast-moving action scenes in video content. It will also reduce eyestrain when reading or working on spreadsheets and lessen "ghosting" effects when viewing fast-moving on-screen objects.

What are the Best TN Panel Monitors?

If you're looking to upgrade your setup for gaming, TN panels are the way to go. They're the most responsive of all panel technologies, with high refresh rates.

Here are the best TN panel monitors based on price, features, and performance.

Are TN Panels Good for Gaming?

Yes, TN panels are good for gaming. A lot of gamers prefer TN panels for a few reasons. One is the response time, which is low.

Good gaming monitors have a low response time. The lower the number, the better. In LCD TN panels, response times are typically around 1ms, making them ideal for gaming.

The best TN panel for gaming has very high refresh rates. Some models can reach up to 240Hz refresh rates, which means that they can display content at up to 240 frames per second (fps). This is great for gamers who want high responsiveness and smooth graphics without suffering from screen tearing or image stuttering due to visual lag.

What is the Difference Between a TN Panel and an IPS Panel?

TN (Twisted Nematic) monitors were the first type of LCD monitors to make their way to the mainstream. TN Panels are generally cheaper than IPS models and look great from straight-on, which is great if you're using your monitor to read emails or surf the web.

However, their colors tend to wash out when viewed from an angle, making them less suitable for use with multiple people.

IPS or In-Plane Switching monitors have better viewing angles than TN models, so you can see accurate colors from almost any angle. Because of this feature, they tend to be more expensive than TN monitors.

Suppose you want a monitor for general office use, solid gaming performance, and don't care too much about color accuracy and viewing angles. In that case, a TN panel monitor will be ideal for you.

What is the Difference Between a TN Panel and a VA Panel?

In general, TN panels are suitable for gamers because they offer a greater level of responsiveness when playing fast action games such as first-person shooters, while VA panels are better suited for general use.

The default color settings on TN panels aren't very good, which is why you'll often see extremely saturated or inconsistent colors. There are ways to adjust the settings to get a much more accurate picture that will please your eyes and make your screen more suitable for photo and video editing. 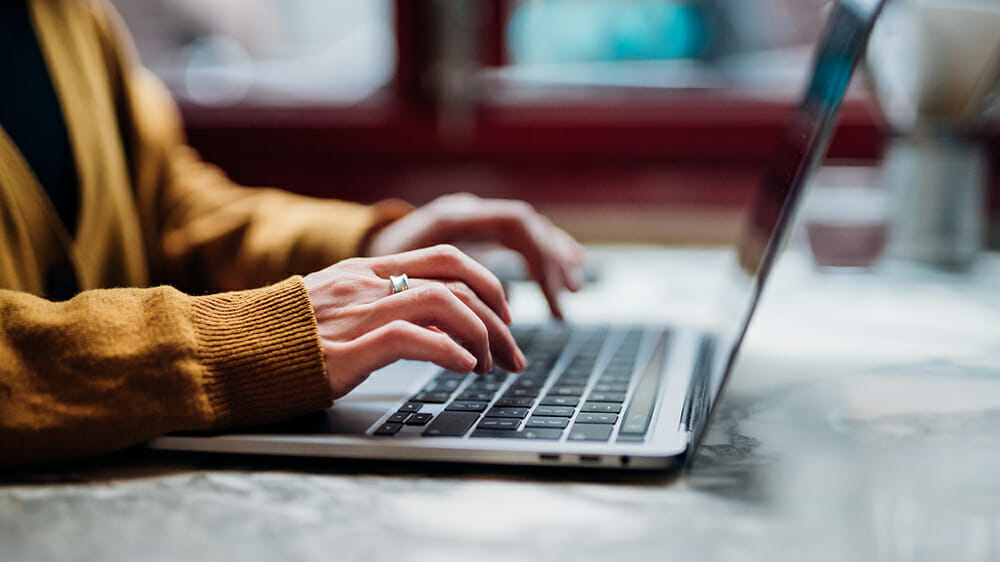 Do Laptops Use TN Panels?

The answer is YES. I did good research and found that the majority of laptops use either TN or IPS panels. In the past, TN panels were favored for their simplicity and lower cost. They tend to be less expensive because they have fewer color reproduction capabilities and typically have a shorter lifespan.

IPS panels are generally more expensive because they have a longer lifespan and offer better color reproduction capabilities. However, TN displays still dominate the laptop market because they are cheaper to make and offer more responsive performance.

Do All Laptop TN Panels have the Same Quality?

No, all laptop TN panels do not have the same quality. Their difference can be attributed to their features such as color gamut, refresh rates, viewing angles, and response time. Some offer good features, good image quality, and some TN panels don't look very good at all.