Two monitors are much better than one primary monitor. This connection will only happen if you have a second monitor, but you can use your iPad as a second monitor if you don’t have one.

macOS Catalina and advanced versions allow you to use your iPad as a second monitor using Sidecar seamlessly. Having said that, do older Mac versions and Windows PCs stand a chance? The answer is yes. There are third-party apps that enable the iPad display as a secondary monitor.

What do I need when using your iPad as a second screen? How can I use my iPad as a second monitor with an incompatible PC? We've provided answers to all these questions and illustrated how to use Sidecar and Universal Control.

Let's get into details.

How to Use iPad as Second Monitor

To use your iPad as a second display, consider one of the following ways.

Sidecar is undoubtedly the best method of using the iPad as a second monitor. However, the Mac device you use should be Catalina or later versions. However, if your Mac PC is incompatible, you may need to try other methods listed in this article.

To use Sidecar, follow the instructions from the Apple menu bar listed below.

The apple sidecar allows you to draw and write on the iPad using an apple pencil to serve as a graphics tablet.

To point, click, select, and perform tasks such as drawing, editing photos, and manipulating objects on your iPad while it's extending or mirroring your Mac screen, you can use your Apple Pencil instead of the mouse or trackpad connected to your Mac.

You can also use it to write, sketch, and mark up documents while seeing the updates live on your Mac screen.

Sidecar also supports double-tap, which you can turn on in System Preferences. Double-tap enables apps that support this feature to perform custom actions when you double-tap the side of your Apple Pencil (2nd generation). 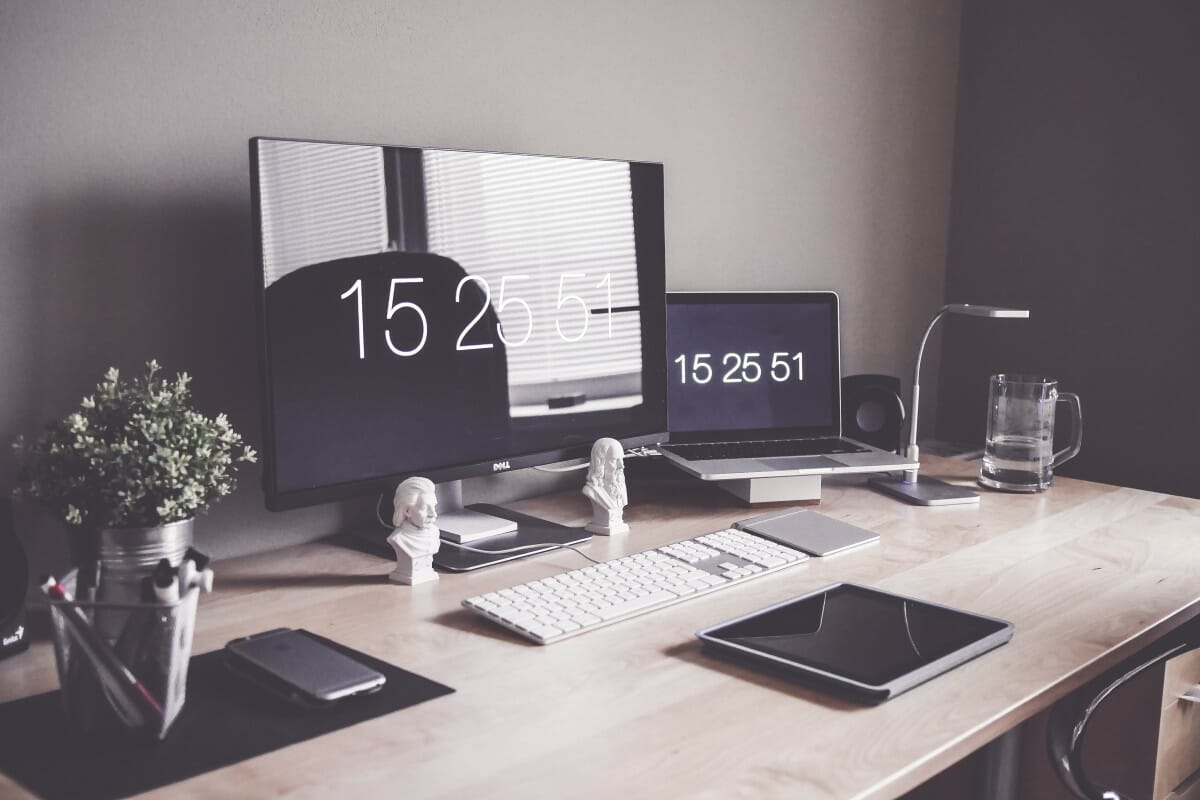 What Do You Need When Using Sidecar?

When using a sidecar, you need the following to successfully use the iPad as a second monitor.

What Macs Work With Sidecar?

Compatible Macs with Sidecar are listed below.

What iPads Are Compatible With Sidecar?

Compatible iPad models to Sidecar are listed below. 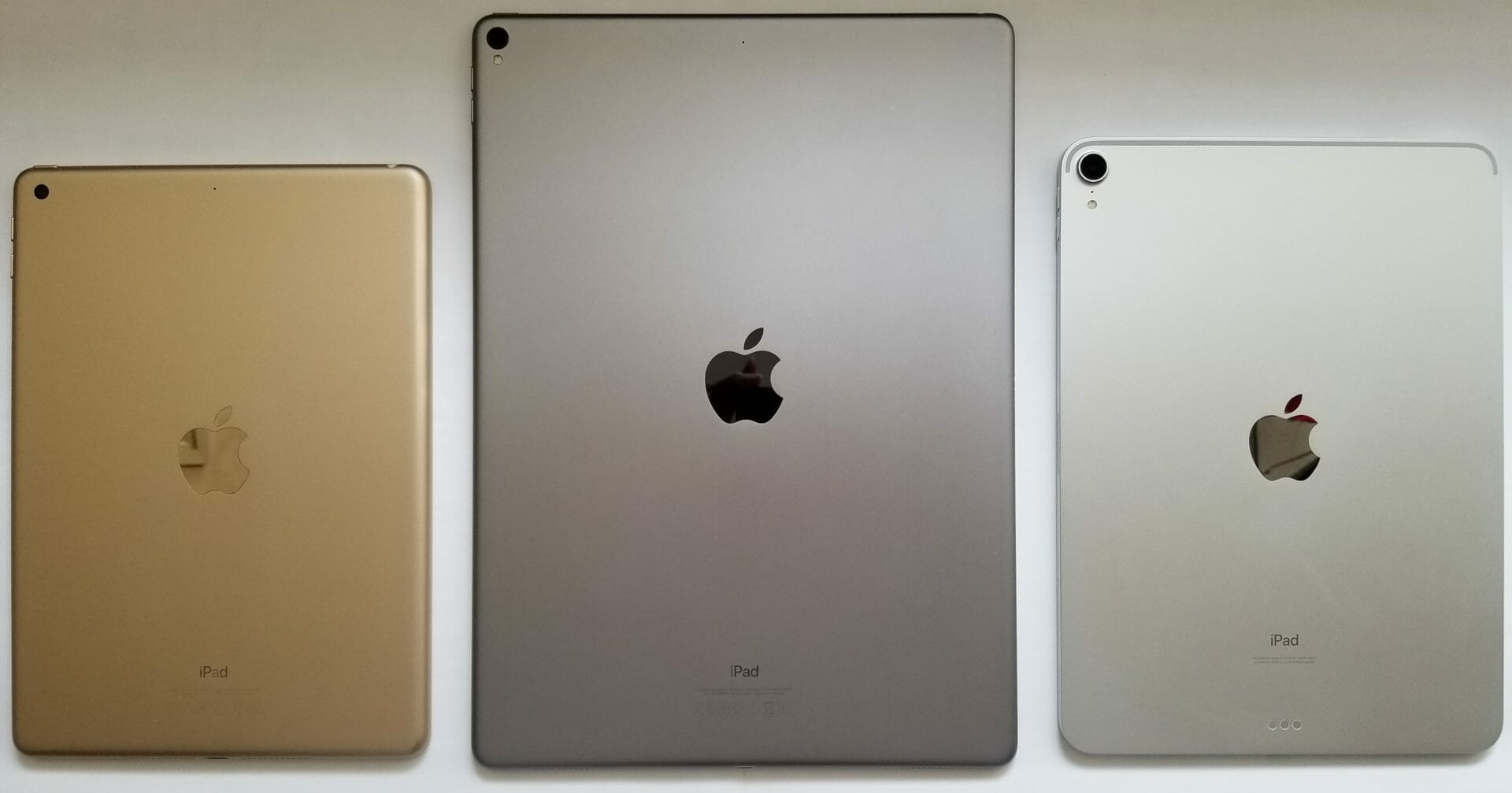 Use the guidelines listed below to connect your iPad as a separate display.

What Do You Need When Using Sidecar?

You need the following list of requirements to connect your compatible iPad using Sidecar. 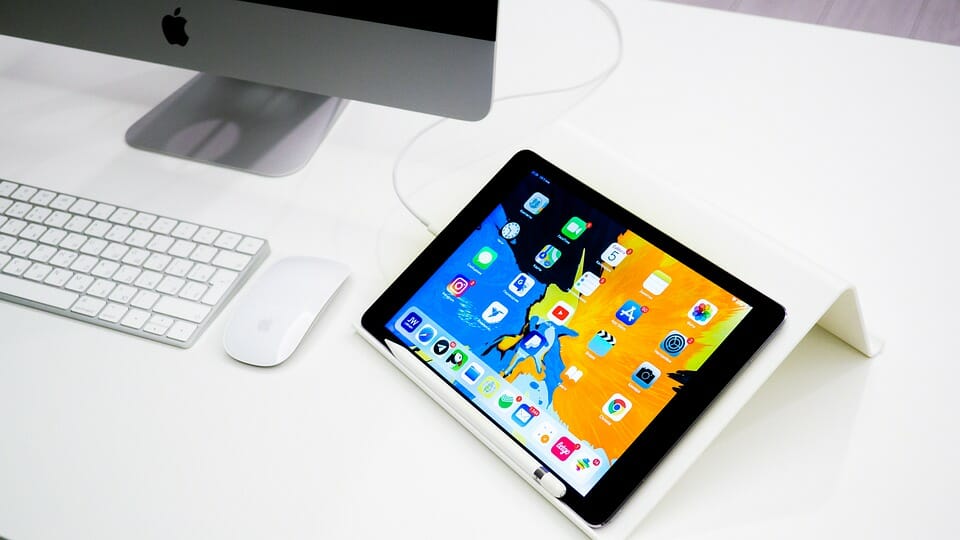 What Macs Are Compatible With Universal Control?

The mac PCs compatible with Universal control are listed below.

What Ipads Are Compatible With Universal Control?

Compatible iPads to the Universal Control are listed below.

Windows and incompatible macs use third-party apps to connect your iPad and the PC. 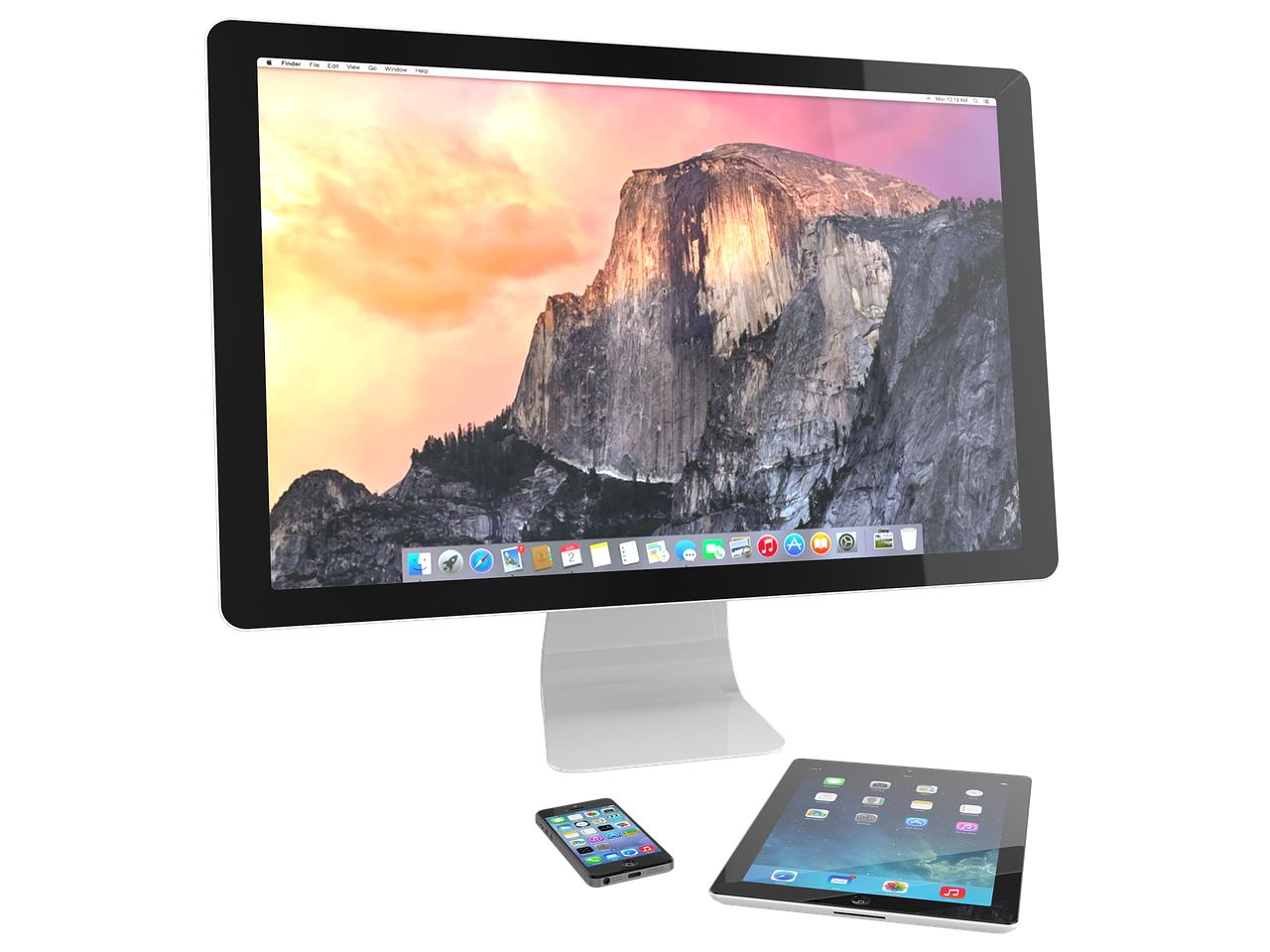 If the iPad fails to work after completing the connection process, disconnect the USB cable from the PC and reconnect it again. Also, turn on iTunes. A prompt text will appear asking if you trust the device. Accept it. The iPad should now display the PC's screen.

You can change the iPad screen quality resolution and frame rates from the Splashtop Wired XDisplay PC app.

Use the instructions listed below to connect your iPad as a second monitor using Duet Display. 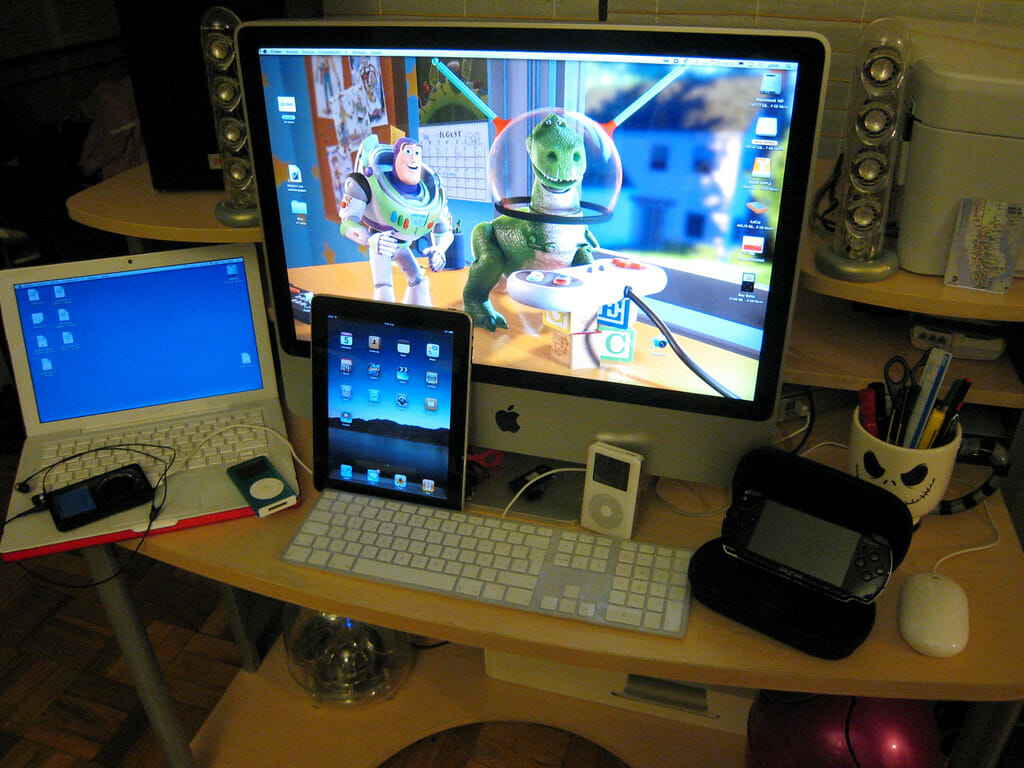 Duet Display might be more expensive than other third-party apps, but it provides a seamless experience when connecting your iPad to the Windows desktop.

Use the steps listed below to connect your iPad as a second monitor to your PC.

Consider the following tips when connecting your iPad as a second display. 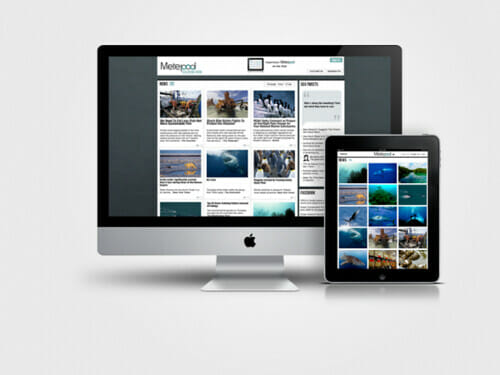 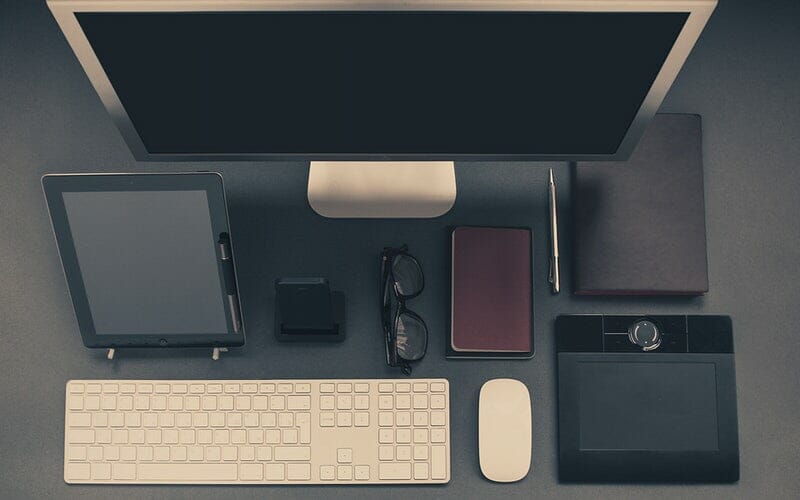 Choose the appropriate position for your iPad on your PC if you have a multi-monitor setup.

To arrange the monitors, use the instructions listed below.

Why Use an iPad Over a Regular Monitor?

Many people who have a second screen use a dedicated monitor set up permanently at their workstations. However, this can take up space and if you have a transient workspace (i.e. working from the dining table once or twice a week), it’s not ideal to have another monitor cluttering up your room.

Using an iPad as a second screen has a number of benefits over a regular monitor:

1. Can Duet Affect My IPad Or IPhone?

No. Apple built iOS specifically with sandboxing, which means an app cannot affect System Settings. As soon as Duet has quit, it has no rights to execute code and cannot affect iOS or your hardware at all.

Yes. Duet will be recognized as an additional display by your Mac and PC and you can use Duet as your 3rd, 4th or even 5th extra monitor. The majority of modern computers can support several monitors, but if you are running super high res monitors (e.g. 4K) please make sure your graphics card can support additional display output before connecting Duet.

3. How do I Check Mac and iPad Requirements for Sidecar?

Apple has a list of compatible devices on its support site. Along with the iPad requirements, you also need the right Mac. Generally speaking, if your Mac came out in 2019 or later, you can run Sidecar, but some earlier models can also use the feature

4. Which iPads can use Sidecar?

Not every iPad supports Sidecar. Compatible devices are all models of iPad Pro, iPad 6 and up, iPad Mini 5 and newer, and iPad Air 3 and later.

Sidecar also enables you to use a MacBook Touch Bar, regardless of whether or not your Mac supports one. As usual, you can tap the Touch Bar controls with your finger or Apple Pencil.

6. Customize the Touch Bar on Mac

If your Mac has a Touch Bar, you can change settings that control which buttons are shown in it, including the Control Strip. For some apps, you can customize the Touch Bar so that it contains buttons for your favorite tasks in that app.