Switching from 15 Mbps to 25 Mbps is unlikely to give you much of a difference in your upload speed and download speeds. However, upgrading your service from 15 Mbps to 100 Mbps makes a noticeable improvement to your internet service.

How Does Internet Speed Work?

Internet speed is commonly measured in terms of megabits per second, or Mbps.

A “bit” is the smallest unit of data in digital networking, equal to a single 1 or 0 in binary code. Websites, emails, videos, and other online things typically travel over an internet connection in large packets of bits—and a megabit equals one million individual bits.

Most internet connections typically fall in the range of 1–1,000 Mbps, making Mbps the most common measurement you’ll see advertised by internet providers. But there’s a pretty wide gulf between 1 Mbps (really slow) and 1,000 Mbps (way fast).

To give you an idea, uploading a 4GB file can take almost nine and a half hours when using 1 Mbps, while you can achieve the same in about five and a half minutes with a performance at 100 Mbps. So, is 100 Mbps good for your home or organization? Find out below if this speed suits you.

Such an internet service provides you with fast download speeds of up to 12.5 MB/second. A fiber optic connection gives you similar upload speeds.

At such internet speeds, an operating system of 255 MB can update in about 21 seconds. Copper cable line and DSL upload speed only support operations ranging between 5-10 Mbps. That means you'll take about three minutes when uploading data sized at 250 MB. 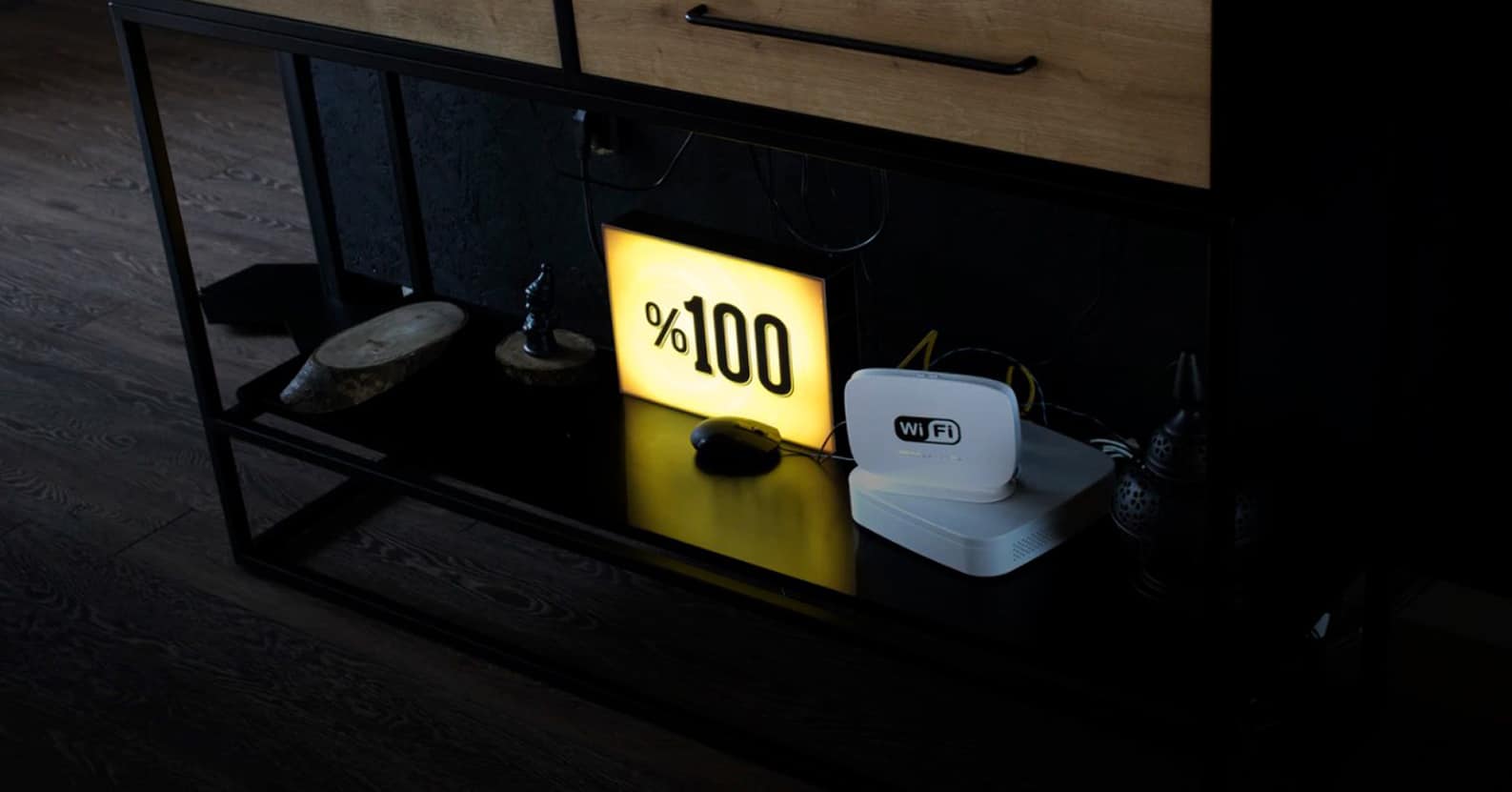 A fiber connection at this level can ensure your workflow runs smoothly. Using 100 Mbps, you can meet your internet expectations and ensure your business doesn't incur losses due to poor connection. Besides, such internet connection allows the smooth hosting of employee training and webinars videos and allows virtual meetings to load in a short while. In addition, to make sure you get the best possible speed go through our article on the top modem-router combos.

100 mbps speed more than exceeds the requirements of impeccable Zoom performance. Using even 50 Mbps is unlikely to impact negatively on your Zoom experience. Accessing quality audio and HD video on Zoom meetings only requires around 3.0 Mbps.

Besides pricing, how fast your internet is critical when deciding the internet plan to opt for or assessing the performance of your current internet service. However, unlike costs where you can quickly look at the price and know whether it's within your budget, determining the ideal speed to use is a little trickier.

Is 15 Mbps sufficient for your needs? Will upgrading to 100 Mbps fulfill your requirements? So, what factors should you consider as you look into an internet plan?

What Internet Speed Is Excellent?

Getting a connection of at least 25 Mbps is good enough internet speed for most applications. With such speeds, you can stream HD connect, engage in smooth online gaming (see also 'Best Ethernet Cable for Gaming' and 'Best WiFi Extender'), browse the web, and download music.

Fast speeds are more suitable if you want a plan that can support multiple devices and internet users simultaneously.

What Is a Fast Internet?

Internet download speeds ranging from 100 Mbps and above provide you with fast service. You can handle various tasks at once while enjoying the service with your family, friends, or clients without experiencing major fluctuation of internet speeds. 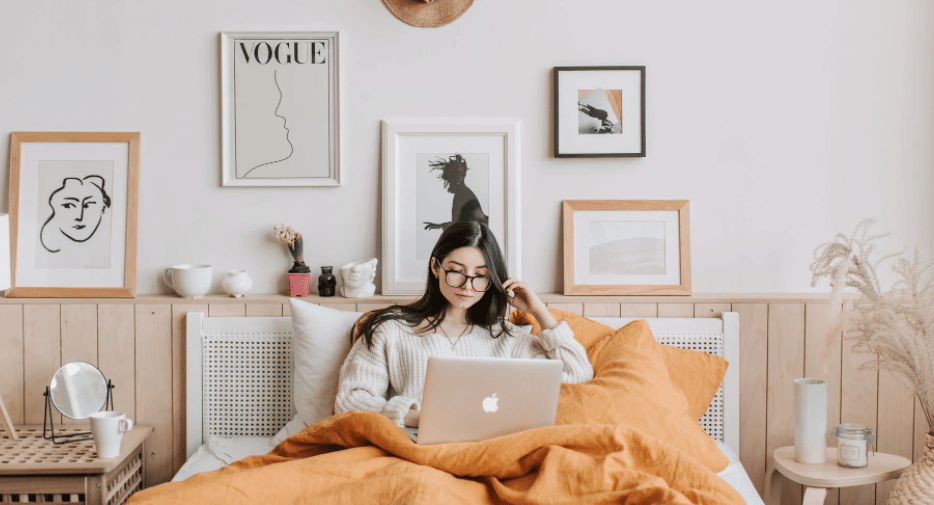 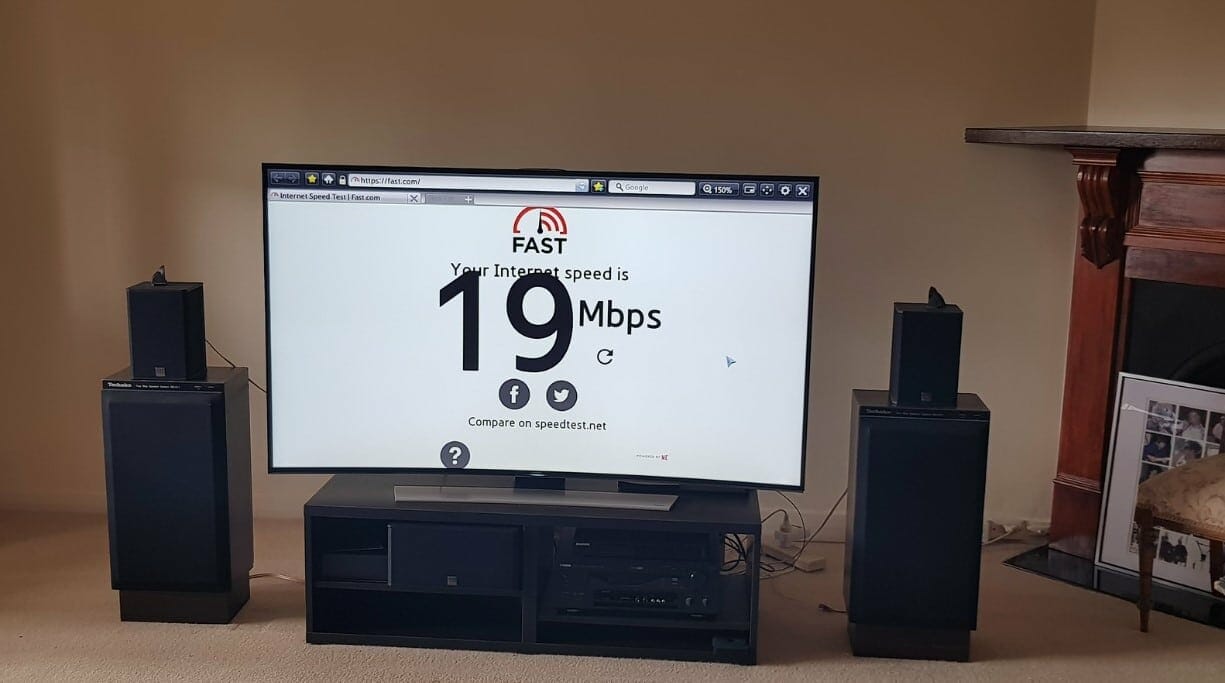 Some of the most common cable internet providers include: 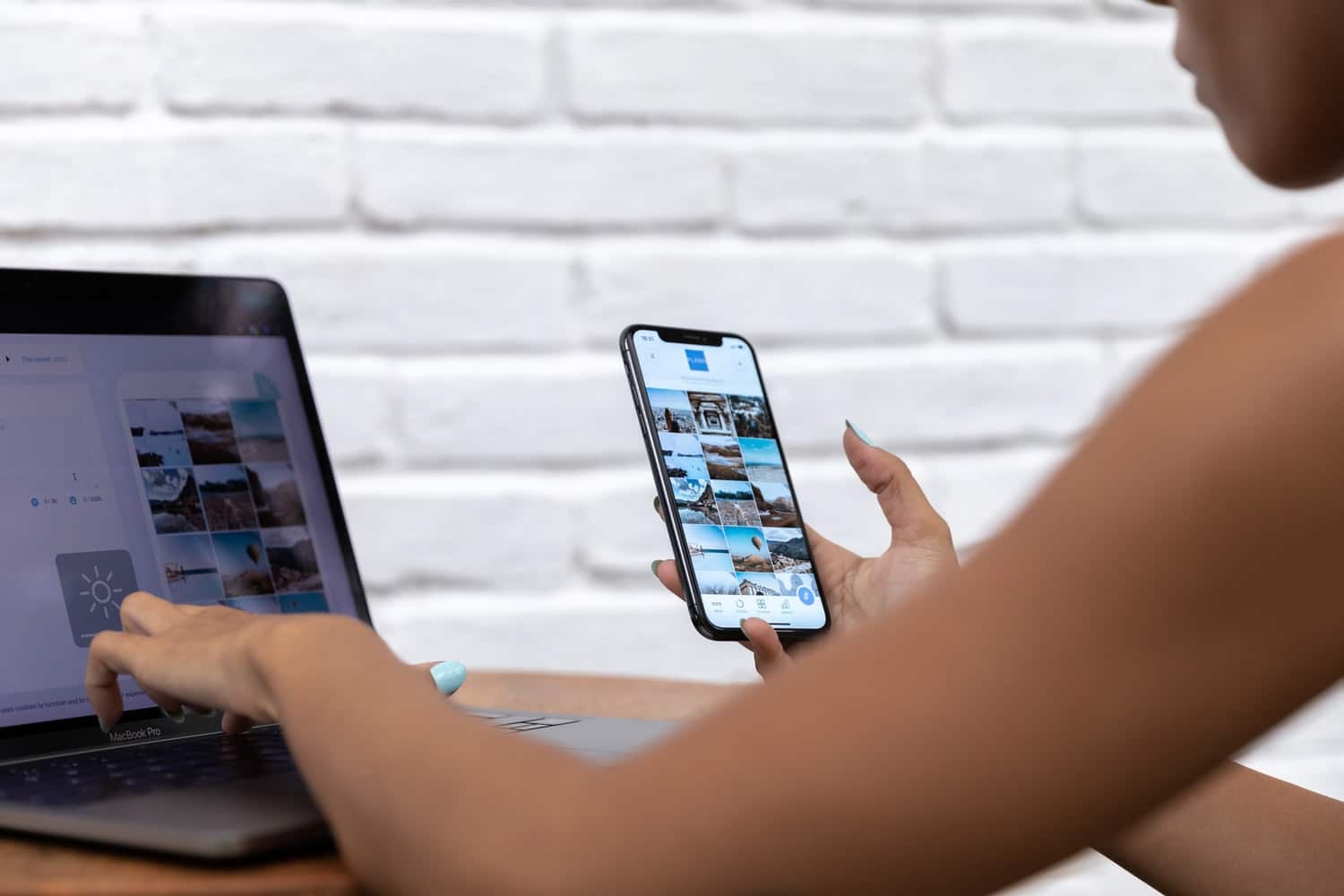 Most of these ISPs provide speeds of up to 940-1,000 Mbps in some locations though you can get up to 2 Gbps with Xfinity.

How Do You Measure Internet Speed?

Internet speed depends on the amount of data your connection can upload (upload speeds) or download (download speeds) per second.

In both instances, the speed displays in terms of bits per second (bps). Because internet services relay thousands of bits each second, we have three prefixes depending on the number of thousands shifted.

When looking for internet plans, you'll likely meet with Megabits per second (Mbps) more frequently than Gbps or kbps because Mbps speeds are convenient for most applications.

Broadband Internet and The Ideal Upload and Download Speeds

According to the FCC (Federal Communications Commission), a broadband connection provides a download speed of at least 25 Mbps with its upload speeds of less than 3 Mbps. These guidelines offer a baseline in identifying slackened and fast connection rates, but depend on what you're doing.

Speeds above 25 Mbps fall into the fast connection category. On the other hand, any performance falling short of this threshold isn't always slow, just too slackened to get referred to as broadband internet. 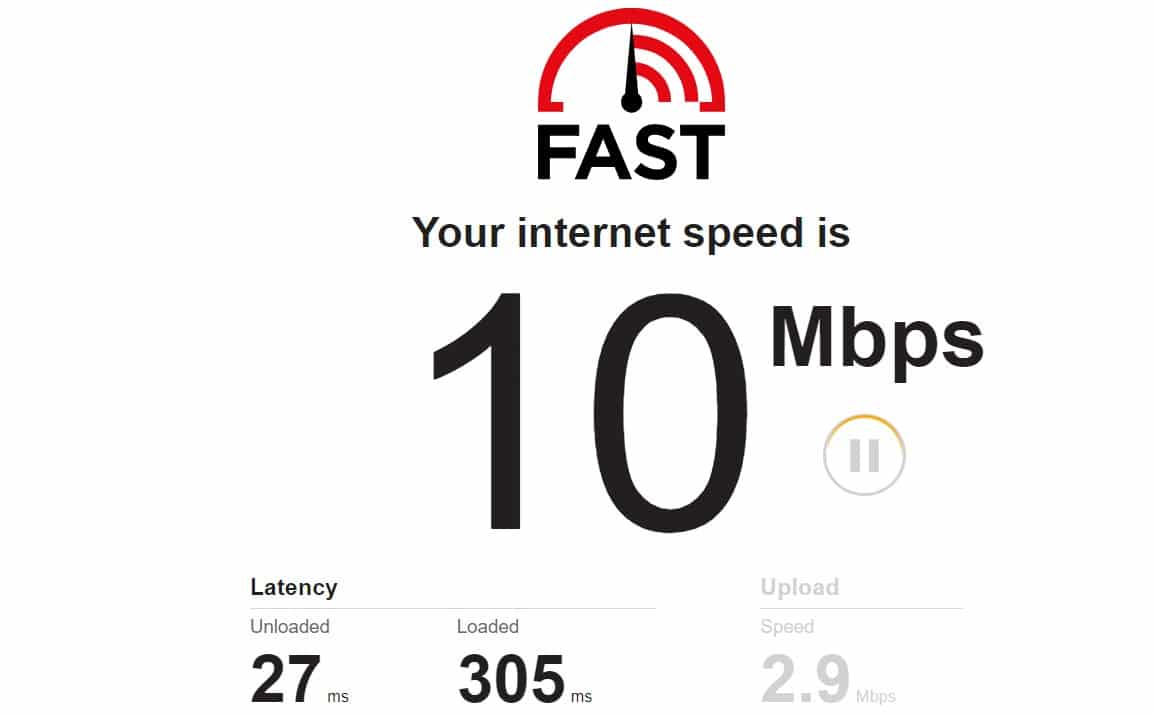 Take note that some factors can impact your internet performance. Increasing the number of connected devices or using your connection for demanding applications like 4K streaming or HD movie downloads may impede your connection and make even fast services seem poor. You may want to check out the best Ethernet splitters for that matter.

What Are Fast Upload Internet Speeds?

Being able to upload at 10 Mbps and higher is fast uploading because this operation is sufficient for most average applications.

For instance, Skype requires at least 1.2 Mbps or faster to enable HD video calling. Uploading large data, like a 700 Mbps file, typically takes at most ten minutes if your upload speeds are above 10 Mbps.

While it does matter what games you are playing and how interactive they are, you generally want a faster internet connection for video games. At least 25 MB/s is needed, with at least 50 MB/s being recommended.

Basic streaming doesn’t require very much bandwidth. However, when you start to stream in 4K resolution or stream on many devices at once, you will need a much larger internet package.

In general, streaming videos on platforms such as Netflix or YouTube TV requires 3-5 Mbps to stream in HD. If you want to stream in 4K Ultra HD, you will need a minimum of 25 Mbps. However, streaming even one video in 4K HD may use up all of your available bandwidth.

For that reason, if you like HD video and you have more than one device connected at a time, we recommend a speed of 50 Mbps or more. Also, using Wi-Fi will always be slower than a hardwired connection. Trying to stream over Wi-Fi can produce less-than-stellar results.

How Can I Tell That My Internet Connection Is Poor?

A download speed under 25 Mbps is too poor to get categorized as broadband. At such a performance, your videos may buffer while streaming. You may experience challenges when connecting to it or when using it with others.

When using various devices simultaneously or during HD streaming, below are some speeds at which you can consider your plan as slow:

The FCC recommends speeds under 25 Mbps for numerous online activities like streaming HD and SD videos, online gaming (see also how to improve your PS4 experience and what is a 'must have' for Nintendo Switch fans), and music downloads.

Regardless, these speeds are the minimum recommendations and do not cater to multiple device connections, among other reasons that may lead to relatively slow internet speeds. 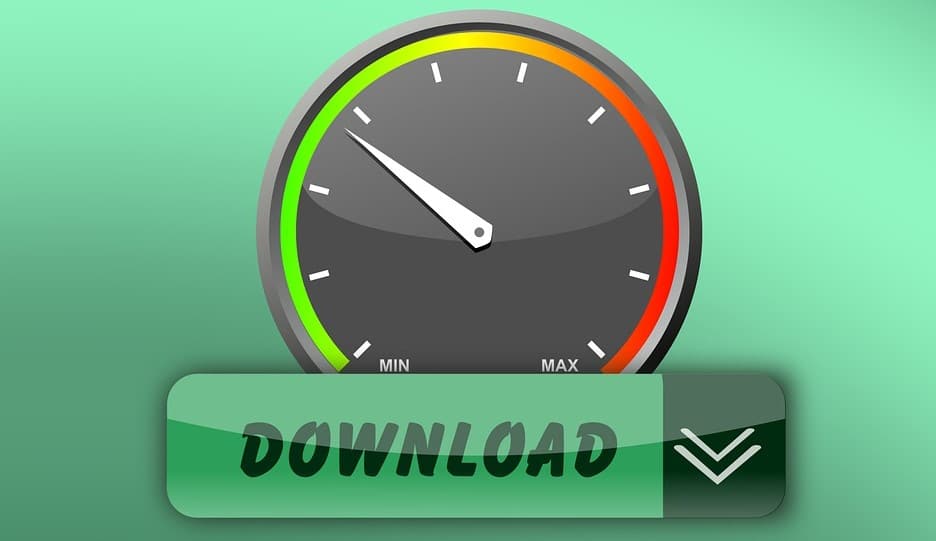 When Should I Consider My Upload Speed?

Upload speeds are most necessary during activities like video conferences or uploading large files to the cloud or a server.

A connection speed within the kbps range offers poor services, while anything beyond 1,000 Mbps falls into the ultra-fast category. 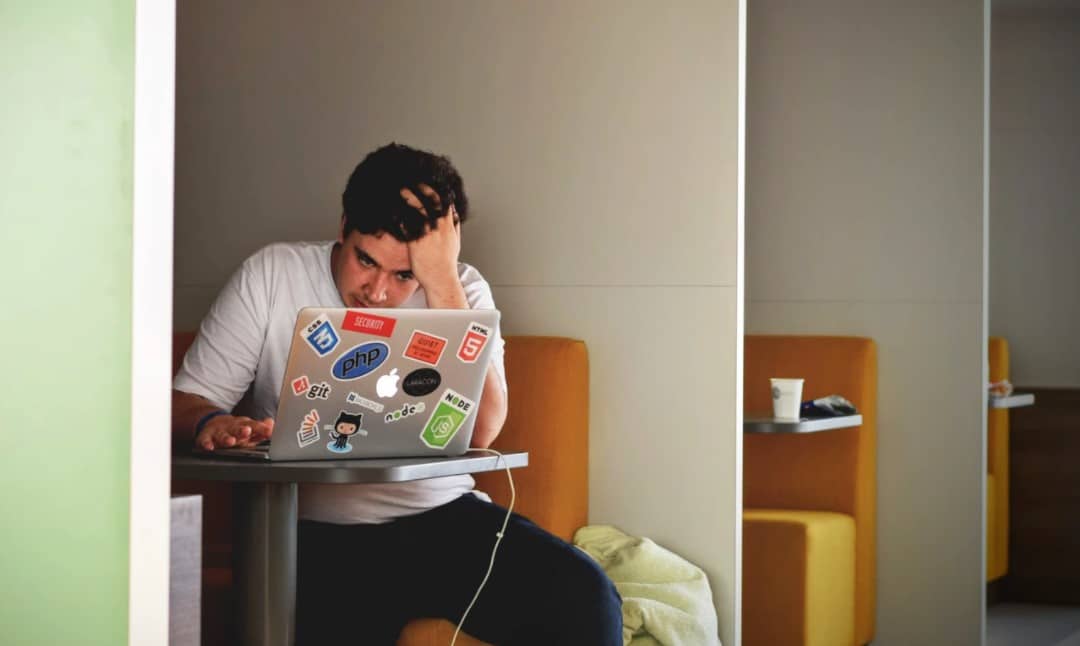 What Kinds of Internet Connections Are Usually Slower?

As you plan to install or revamp your internet connection, here are some connection types that may end offering a connection that might be inadequate:

DSL is the most prevalent service with connections below 25 Mbps. Some cable services provide slow internet speeds at budget-friendly prices, although you can get faster internet speeds by choosing pricier monthly plans.

Irrespective of your application, dial-up is a slackened connection since you can only get up to 56 kbps. Such speeds are too much latency to support most applications, and you can only use them for activities like checking emails. 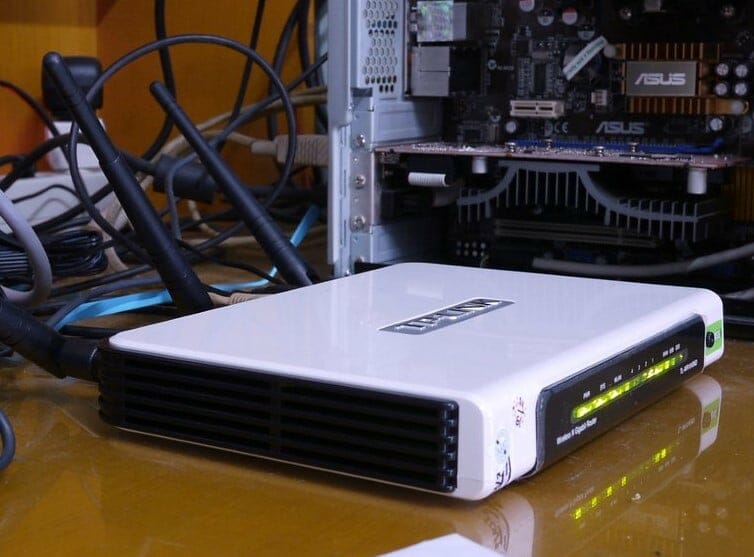 Based on your ISP and location, you can get speeds ranging from 3-100 Mbps, though your upload and download speeds are usually on the lower end.

How Can I Boost Up My Internet Speed?

Sluggish download speeds, websites loading super slowly (or not at all), lagging online gameplay, videos that won’t stop buffering — all of these are signs of a slow internet connection.

There are many reasons why you may have a slow internet connection, and speeding up the internet on your PC or laptop isn’t always easy. But there are still plenty of ways to optimize your connection speed:

A 100 Mbps internet is fast enough for a lot of demands. Whether streaming video in 4K, enjoying the service with others from multiple devices, or other demanding applications, it is a good idea to use 100 Mbps bandwidth or a faster speeds for your business and smart home.

A speed of 100 Mbps is fast enough for a household of up to four people if they’re streaming videos in HD, participating in video chat meetings over Skype or Zoom, and playing multiplayer online games. You’ll likely need faster speeds if you have more people in your household or more Wi-Fi devices that you’re using all at once.

2. How fast do I need my internet?

3. What Is a Normal Internet Speed?

The internet speeds available to you are largely dependent on where you live. According to internet speed test, the global median download speed for fixed broadband is roughly 60 Mbps download and 25 Mbps upload. In the U.S., the median is about 135 Mbps down and 20 Mbps up.

Routers can affect speed of the internet and are responsible for processing and managing every device on your home network. A quality, new router can help maximize your speed, while an older one can slow down your connection.