Once you have decided on the 144Hz monitor that is right for you, you need to know which cable will be suitable for it. There are several options, and this article will help you decide the right one.

The refresh rate is the number of times per second that your monitor draws a picture. With 144 Hz, your monitor will refresh 144 times in one second. If you play first-person shooters like Fortnite and love being one step ahead of your enemy, this kind of refresh rate is for you.

HDMI is short for "High-Definition Multimedia Interface." It's a digital video and audio interface for connecting devices such as computers, Blu-Ray players, cable boxes, etc., to monitors and TVs.

The HDMI 1.4 standard supports a 1080p resolution of up to 144 frames per second. This is particularly useful for gaming applications or when watching a fast-motion video, such as sports or action movies, because it allows smoother motion and less motion blur.

You will need at least an HDMI 1.4 specification to provide support for 3D TV displays as well as 4K resolution at a refresh rate of 30 Hz. 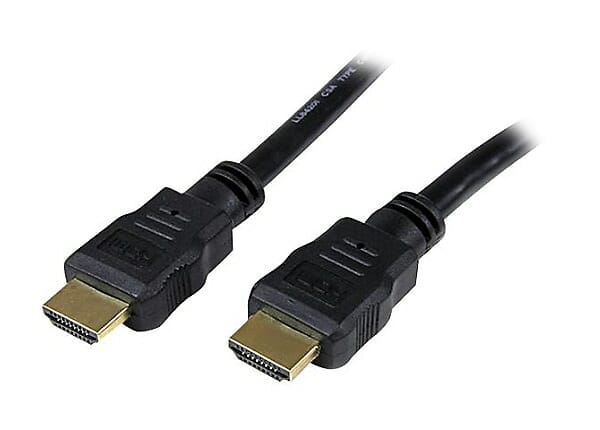 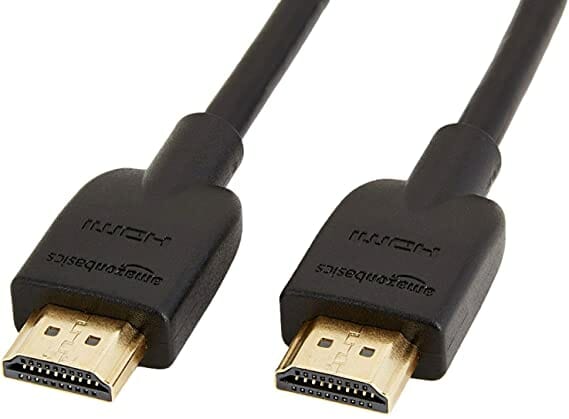 HDMI 2.1 is so exciting because it supports 1440p at 144Hz, which means that HDMI 2.1 was developed specifically for gamers who want to get more out of their gaming monitors; in other words, HDMI 2.1 is the best HDMI for 144hz.

The HDMI 2.1 also includes support for lower rates, including 24Hz and 30Hz. This is important because films are often shot in those frame rates, so not supporting them would mean you'd see stutter motion on your films.

DVI stands for Digital Visual Interface. It is an interface used to connect a video source, such as a computer or DVD player, with a display device or a monitor or HDTV. A DVI cable carries both video and audio signals through a single cable.

DVI cables have largely replaced VGA cables in recent years. This is because they are capable of carrying much higher resolutions than VGA cables.

DVI ports are found on all modern GPUs, but they are being phased out in favor of DisplayPort cables and HDMI cables(see DVI vs HDMI). In the future, you'll probably need an adapter if you have an older graphics card and want to connect it to a 4K monitor or 5K display. 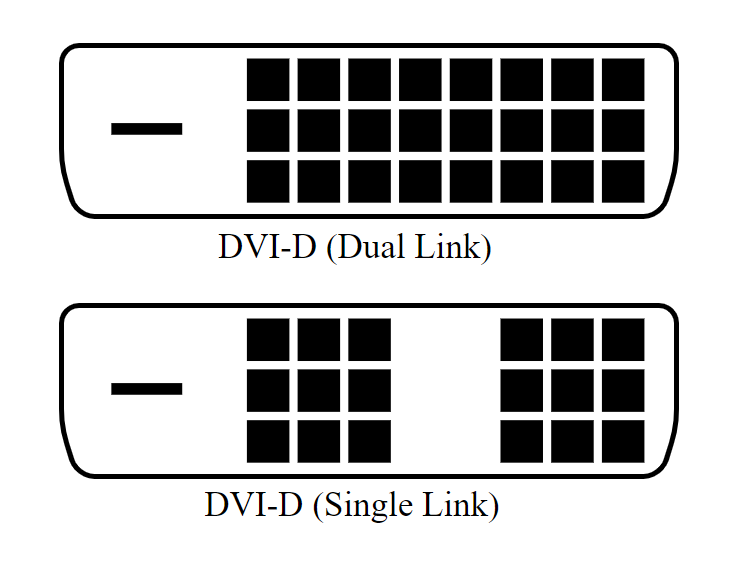 VGA stands for Video Graphics Array, and it is an analog video standard used to connect computers to monitors and projectors. In the 1980s, VGA cables revolutionized the computer world by making it possible to connect nearly any device to a monitor. VGA cables have been around since 1987, but they're still widely used today.

As of 2014, analog connections like VGA are being phased out in favor of digital connectors like DVI and HDMI connector, which can transfer audio as well as video. Most new monitors and laptops come with a built-in digital interface. However, there are some older devices that use VGA.

It supports resolutions up to 1920×1200 pixels with a refresh rate of 75 Hz but cannot handle high resolutions of 144 Hz as those used by LCD and other flat panel monitors (see what older monitors are still good for). 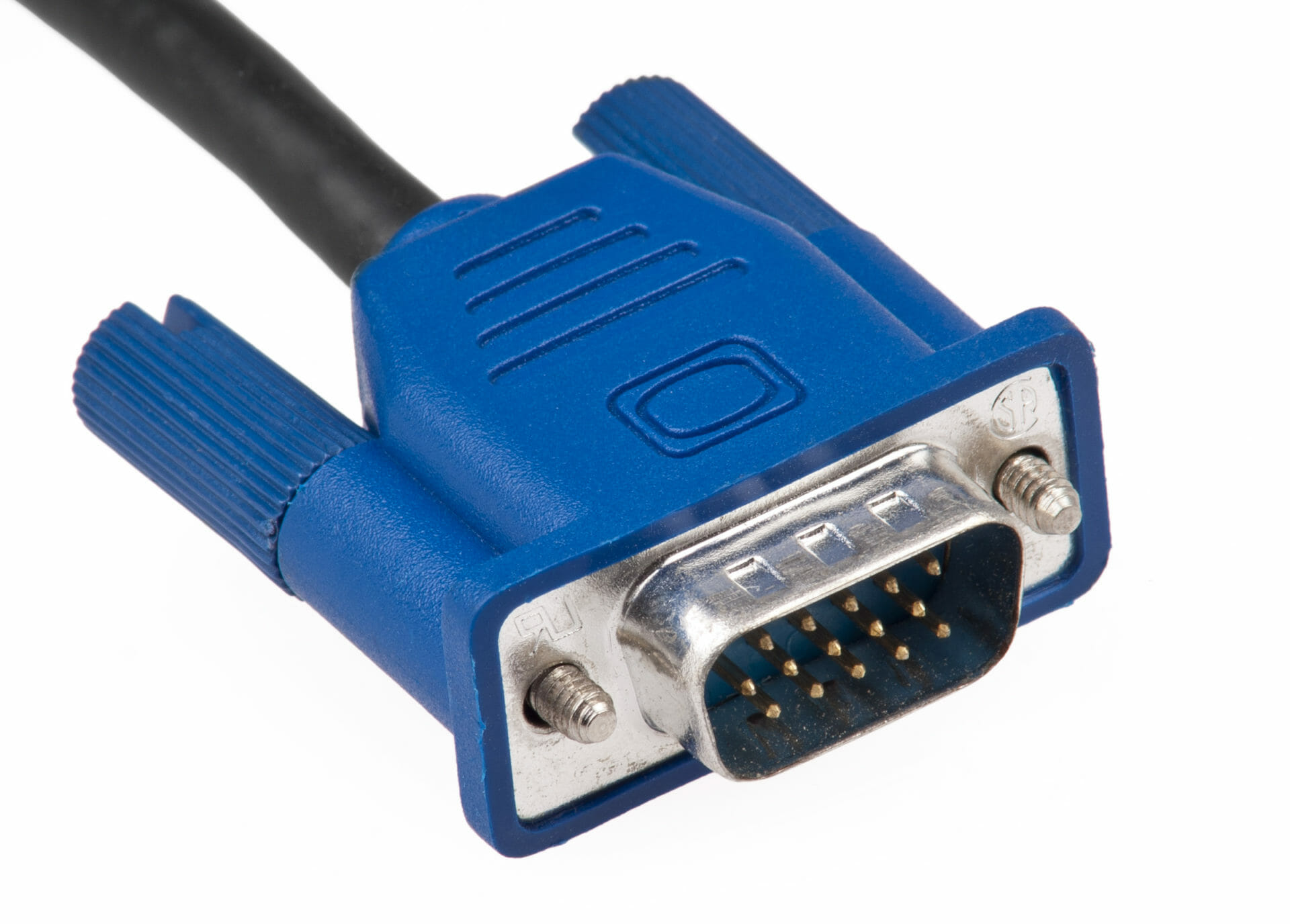 DisplayPort is a video interface that was developed by the Video Electronics Standards Association (VESA). It's an alternative to the older DVI and HDMI cables.

The digital display interface is used mainly on desktop computers. It can also be found on laptops, some smartphones, and high-definition televisions.

This connector transmits both video and audio signals, which means you don't have to use separate cables for audio and video.

Version 1.2 was released in 2009 and added additional bandwidth, resolutions, and refresh rates. It supports 4K resolution at 60 and 17.28 Gbps bandwidth.

DisplayPort 1.4 was released in 2016, and it supports 4K video at 120 Hz as well as 8K video at 60 Hz. More impressively, it is the first major display interface to support High Bit Rate 3 (HBR3), where a single DisplayPort link can carry up to 32 audio channels plus an HBR3 video stream, all at the same time.

DisplayPort 1.4 also features VESA's Adaptive-Sync (VESA Adaptive-Sync) technology which provides an added benefit for gamers by minimizing image tearing and stuttering that occurs when the GPU and monitor are out of sync with each other. You need this cable for 144 Hz monitors since it supports a high refresh rate. 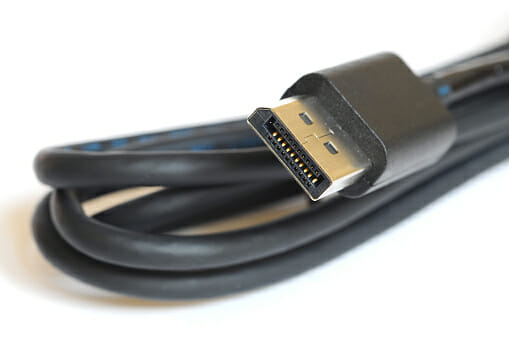 The DisplayPort 2.0a specification was released in 2019, and it brought with it some new features that you should know about.

The first of these is support for 8K @ 60 Hz. This is twice the resolution of 4K, which is supported by the previous version of DisplayPort, DP 1.4a. DP 2.0 supports a 10-bit color depth format called UHBR (Ultra High Bit Rate), which allows for transfer rates of 77.36 Gbps.

DisplayPort 2.0 also brings support for VESA’s Adaptive-Sync technology which eliminates tearing and stuttering that can occur when using FreeSync or G-Sync monitors with a machine that doesn’t support either of these technologies.

Which Cable is the Best for 144hz Display?

There are lots of cables out there that claim they are high-Speed HDMI. These cables usually don't work with 144Hz monitors because they are older. The problem with these older versions is that they can only run at 30Hz for 60fps or 24Hz for 120fps, if at all.

So how does this affect gaming? Well, when you're trying to game on a 144Hz monitor and can't quite hit those numbers, you will get screen tearing instead, and it’s annoying. Use an HDMI 2.0, which supports a high refresh rate and resolution.

How do Cable Types Affect the Refresh Rate?

Refresh rate refers to how many times the monitor can refresh the image per second. This is measured in Hertz (Hz), and it typically ranges from 60Hz to 120Hz. The higher the number, the smoother the animation will appear.

It is very important if you are playing an online game because it will affect your accuracy in playing and may cause you to win or lose some crucial matches.

When it comes to monitor cable types, if you connect your computer to the monitor using an analog VGA connection, you won’t be able to see content higher than 60Hz. However, if you’re using a DVI cable or DisplayPort to deliver digital video from your computer to your monitor, you will be able to view content at up to 144Hz.

Do the 144hz Cables Support all Resolutions?

There is a handful of HDMI 2.1 compatible monitors available in the market today that supports 4K at 144Hz, but most of them are quite expensive.

One of the most important aspects of a good gaming monitor is the refresh rate because the higher it is, the smoother the motion appears. That said, even though monitors with even higher refresh rates are growing in popularity, 144Hz remains a popular choice because it's easier on the GPU.

What is the Highest Hz the Human Eye Can See?

These studies have included both stabilized and unstablized retinal images and report the maximum observable rate as 50–90 Hz. A separate line of research has reported that fast eye movements known as saccades allow simple modulated LEDs to be observed at very high rates.

What are the Best Adapters to Get 144hz Display?

Not every cable supports a 144Hz refresh rate when plugged into your PC. To accomplish this, you'll need an adapter that allows you to connect your display to your computer using USB, USB C, DP, or other technology.

Without these adapters/hubs, you'll be limited to 60Hz refresh rates and won't be able to take full advantage of your monitor's capabilities. Best adapters to get 144hz refresh rate include;

1. Which port is best for gaming?

The simple answer is that you should probably be using a DisplayPort cable to connect your graphics card to your monitor. It offers the best bandwidth and full support for adaptive refresh features like G-Sync and FreeSync.

There is only a difference of 24 Hz between 120 and 144 Hz, and as a result, the difference will be hardly noticeable the vast majority of the time.

A 144Hz monitor can display up to 144 FPS, more than double that of a standard 60Hz panel, which is capped at displaying 60 FPS. To put it another way, a low refresh rate monitor bottlenecks the frame rate you see, but monitors with higher refresh rates enhance your gaming experience.

All in all, a 144Hz or higher refresh rate monitor greatly improves your gaming experience in competitive games as long as your CPU/GPU and the display's response time speed can keep up with the monitor's refresh rate.