In many cases, you will not notice that your screen is suffering from too much light bleed until you use it in a dark room.  Continue reading to learn more about a bleed test such as this, what causes this defect and how to prevent it.

What is Backlight Bleeding?

Backlight bleeding is a screen defect that is likely to occur in new LCD displays that utilize a light source from the panel. The LCD panel itself is supposed to block out the excess backlight that is not needed when displaying an image/video.

Unfortunately, not all the light is blocked by the panel and as a result, light leaks around the edges of the frame. This is known as backlight bleeding and it can affect image/video clarity and spoil your gaming experience.

It can manifest in two ways; 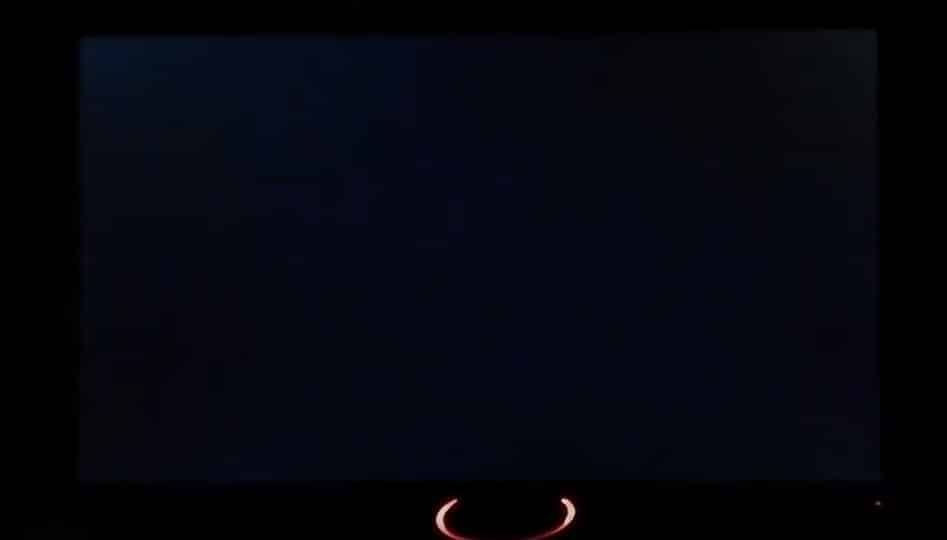 This is a type of backlight bleeding that is found on the corners of your monitor. In a serious case, the edges of the screen receive much more lighting whereas the center remains dimmer than on a normal monitor.

This is when there’re irregular patches of light still visible with a full black image screen. This type of backlight bleeding is more prevalent in larger displays than small ones.

How to Test Your Monitor for Backlight Bleeding

The most common type of backlight bleed occurs along the edges of the screen. If you suspect your flat panel display suffers from possible backlight bleeding, you need to first make sure that you’re not mistaking it for an (In-Plane Switching) IPS glow.

In the case of IPS glow, dainty glows are visible around the corners of your IPS monitor particularly when watching dark content. IPS glow in some type of panels is unavoidable but it’s tolerable in most cases. Find out if these top gaming monitors under 500 USD suffer from it, or if it is a common case on your XBox One X monitor.

1.    Turn off the room lights before you begin the bleed test. A dark room and a black screen/monitor make it easy to see if it is an IPS glow or backlight bleed.

3.    Open a pitch-black image or black screen and search whether there are spots of light being emitted around the edges of the monitor or at the corners. If you don’t notice any backlight bleed issue or IPS glow, then your monitor is good.

Using an App for a Backlight Bleed Test

Some apps have been designed to examine the display of your monitor and determine if there is an annoying backlight bleed or not.

There is also a website, lightbleedtest that you can use to bleed test this defect. Apart from a bleed test on your monitors, you can use them for your laptops and mobile phones.

What is IPS Glow?

This is a glow effect that appears along with the corners of an IPS screen especially when viewing dark/black content. It is the downside of IPS technologies that have a backlighting system to display images/video.

IPS glow is normally mild; however, if it’s too intense for you, try these simple remedies;

1.    Change your sitting angle to the left or right to help reduce the effect of IPS glow

3.    Reducing or increasing the distance in which you’re looking at the monitor 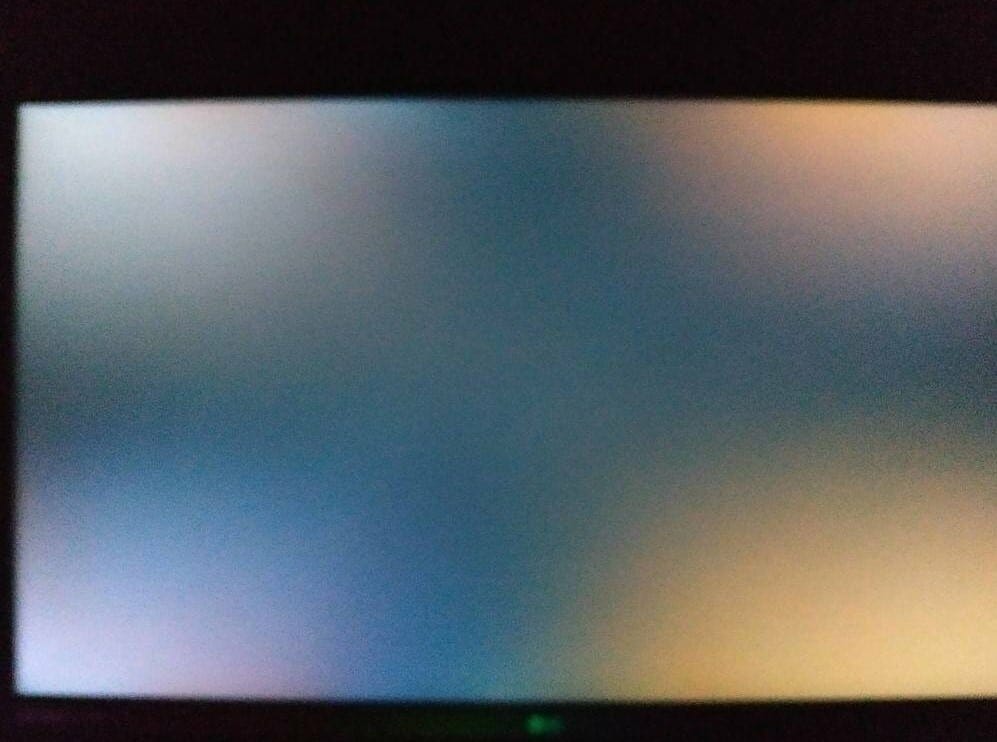 This should solve the problem, or help you determine whether you’re dealing with IPS glow or a backlight bleed.

IPS displays are a type of LCD panel. IPS (In-Plane Switching) refers to the way molecules inside the liquid crystal display are positioned or oriented. IPS monitors are designed to widen the viewing angle without the image changing in color accuracy or contrast.

There are many variants of IPS; you’ll notice the difference in each IPS by how well the manufacturer improves the contrast ratio and the color gamut range.  Here are various variants of IPS, like; 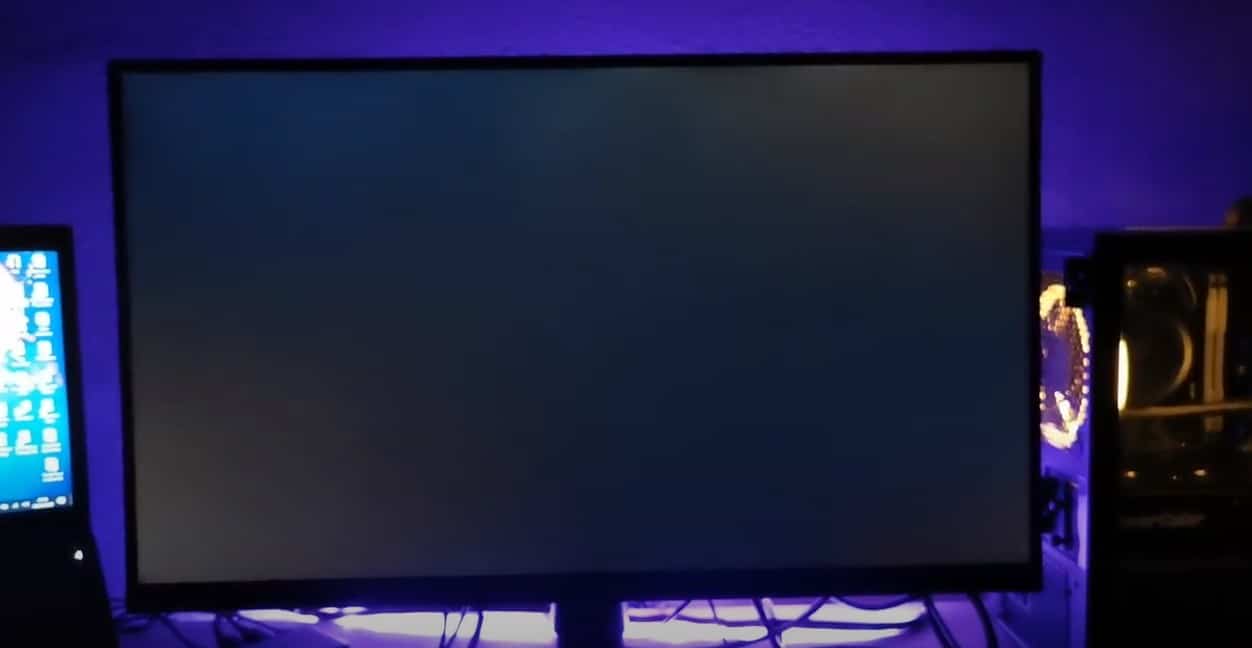 Burn-in means that a certain image that's been on the screen for a long time is 'burned in'. Because the screen has displayed the same image for a long time, that image remains on the screen constantly, no matter what you're viewing on your screen. The best way to prevent this is to turn off your monitor when you're not using it.

How to Prevent Burn - in?

Depending on how long the image has stood still, burn-in can be remedied or reduced in some cases. You can do this by turning the screen off for at least 48 hours and then showing a white screen for a few days, for example with an image or screen saver. Set your background lighting low to save the LEDs. It's often worth trying, but if the damage is too bad, this trick won't work anymore either.

No matter how expensive an IPS panel is, it's still an IPS panel and as such, it's susceptible to the limitations and lighting-related defects that may arise as a result of;

The last thing you want to see after unpacking and powering your gaming monitor is a backlight bleed. Luckily for you, backlight bleeding can be treated in most cases. So, if light has started to creep through your monitor recently, do the following; 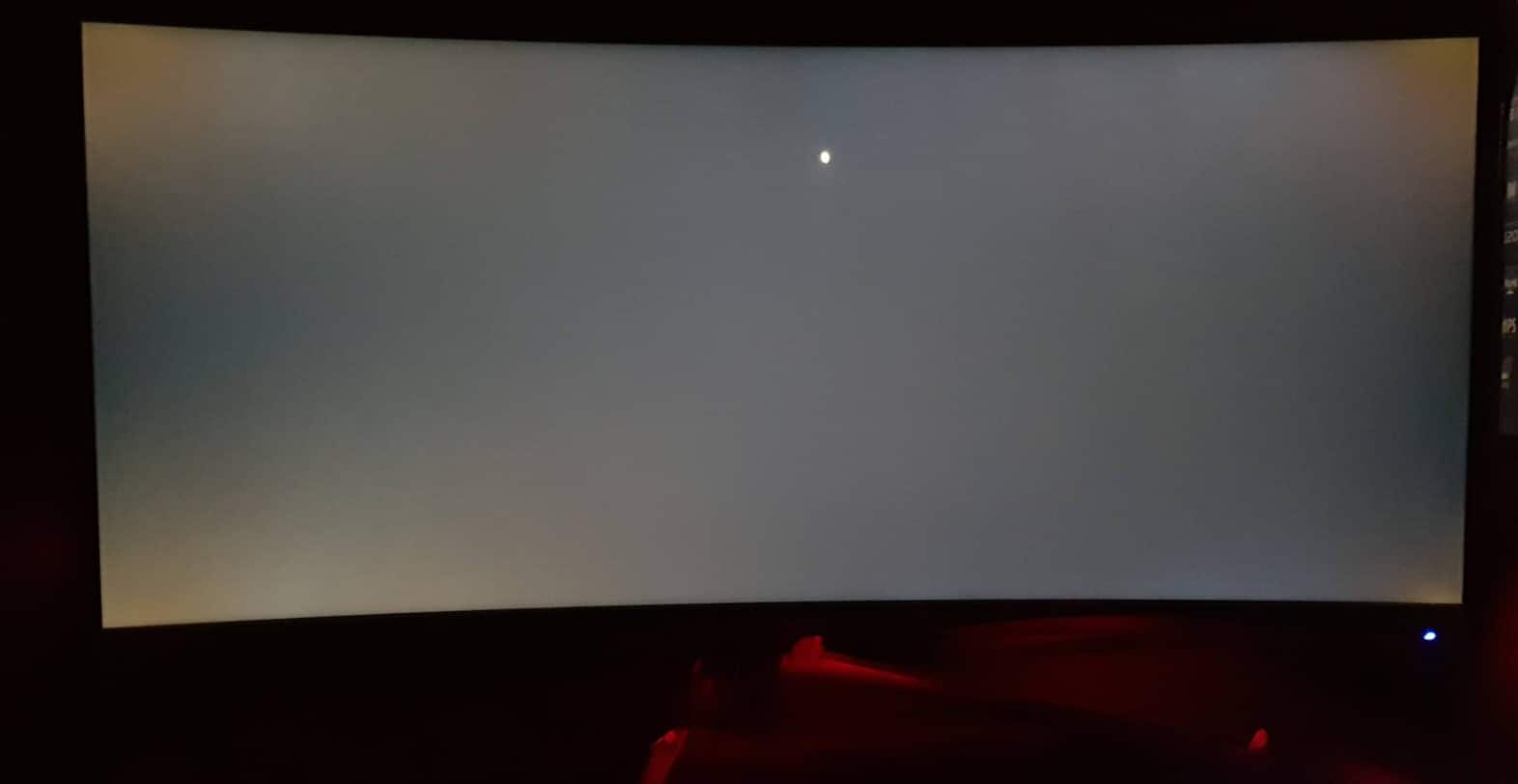 1.    Turn off the display and then give it a couple of minutes to cool down.

2.    Next, slightly loosen the screws at the back of your display. This should stop the problem. Turn on the display to see whether the backlight bleeding has stopped.

3.    If not, switch it off again and then take the microfiber cloth and gently rub the areas where the backlight bleeding appears; in a circular pattern. You should only apply moderate pressure for the screen to warp slightly.

Unfortunately, massaging your monitor isn’t guaranteed to fix the screen 100% no matter how often you do it. In this case, the best thing to do is to make the backlight bleeding much more manageable. 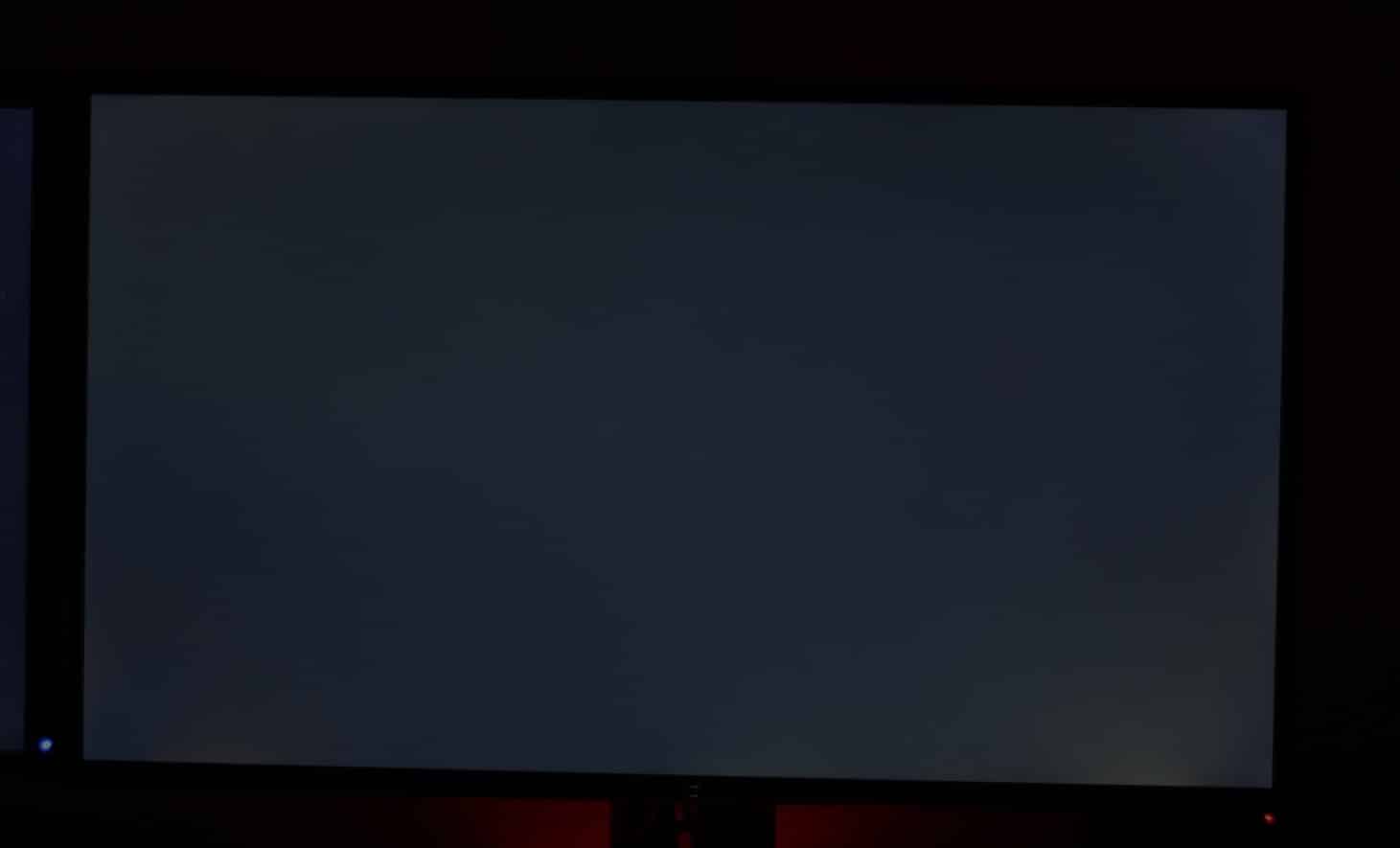 How to Avoid and Prevent Backlight Bleeding

Follow these tips to truly avoid the annoying problem of backlight bleeding.

If your monitor has a backlight bleed, one of the ways to remedy is to adjust the display brightness to around 30% to reduce the intensity of the bleed. Right away, your problem will be solved.

Some cases of backlight bleed are serious; if the warranty is still valid, take it back for replacement. Or, get a new quality display model with higher standards or zero/less backlight bleed.

OLED displays are completely immune to this problem since they don’t use a backlight. However, OLED monitors are expensive compared to regular monitors.

Also, avoid buying cheap monitors as they are susceptible to this problem. A high-quality one like OLED is made to last hence may reduce the risk of this problem. 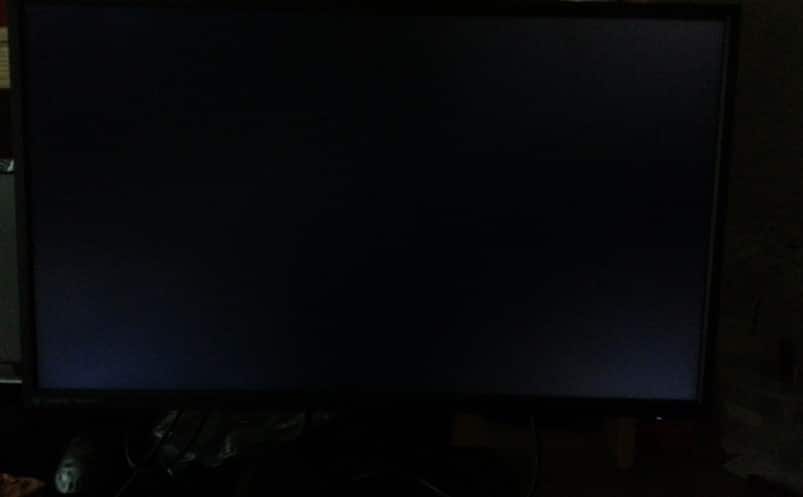 Acquire a Display with Minimal Backlight

To ensure you don’t get a monitor with severe backlight bleed, buy the best one with minimal or less backlight bleeding. Make sure to read user reviews and see if other people are complaining about the excessive glow on the model that you are interested in before you purchase it.

Be careful with your monitor. Avoid situations that will cause harm on your display as this can damage or put a strain on its frame leading to backlight bleeding. 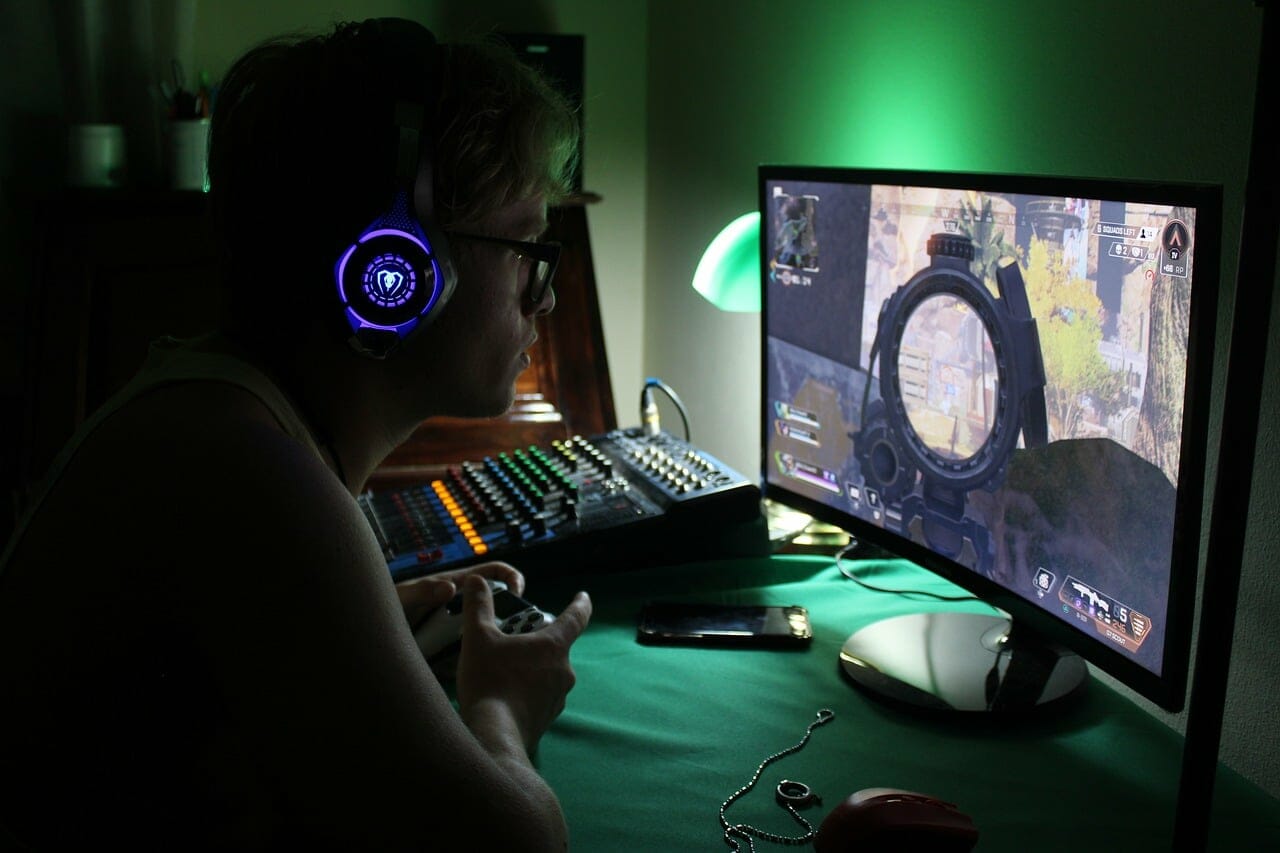 Try using a (DIY) Do it Yourself Remedy

Some techies apply electrical insulation tape on the edges of the panel to block the excess lighting. Try it and am sure it will work on your monitor.

Check if the Casing Frame is too Tight

Check your display to ensure the screen is properly seating in its frame. If not, fix it by twisting it back into place and then check if the backlight bleeding problem has stopped. 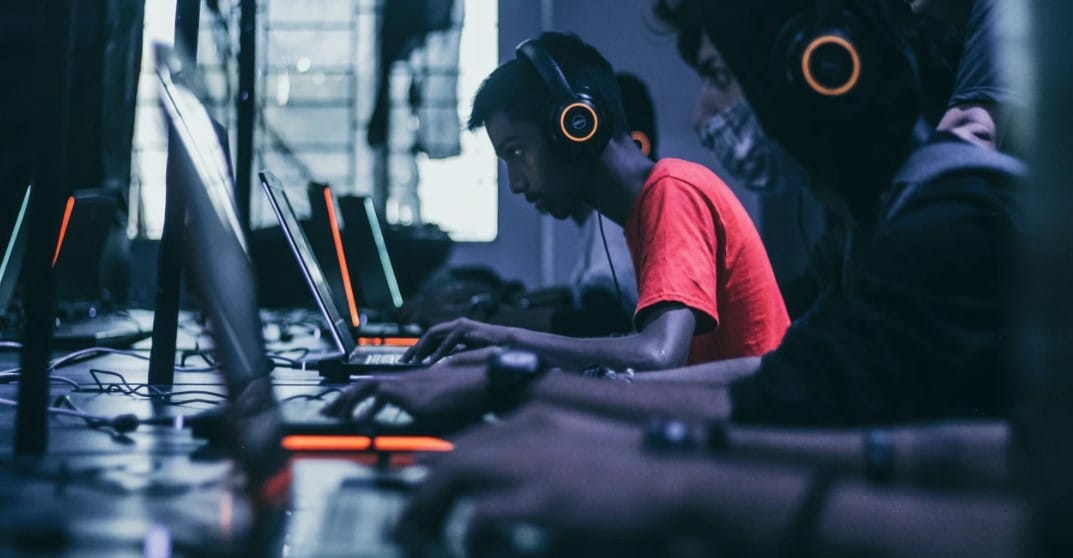 To check for backlight bleed (commonly referred to as light bleed) on your display, play a full screen video or open a pitch-black image. Backlight bleed is the light that appears around the edges of the screen or in the corners.

2. Can you fix backlight bleed?

Backlight bleed is a common issue with LCD displays, and unfortunately, there's not much that can be done to fix it. The best solution is usually to try and adjust the viewing angle of the screen so that the bleed is less noticeable.

3. Is backlight bleed a defect?

Backlight bleed is not always a defect, but it can be an indication of a defect. If there is too much light bleed from the backlight, it can cause a washed-out image on the screen. This is usually caused by a faulty or loose connection between the backlight and the screen.

4. Do all LED tvs have backlight bleed?

ALL LED and LCD televisions, regardless of price or manufacturer, suffer from varying degrees of backlight bleed. Unfortunately, because the manufacturing process for these panels is significantly cheaper, it is extremely difficult to find a superior plasma television these days, as almost no one mass produces them.

Backlight bleeding occurs when light from the backlight of your monitor escapes through the screen's edges. The light that was supposed to shine through the black screen now escapes along the edges, creating an uneven lighting pattern on the screen.