Do you wish to buy a new high-end smart TV? Are you lost on the best choice between Oled tv, QLED tv, or Led TVs? Are you asking yourself what are the Pros and cons?

Getting a new TV for home or for gaming is a daunting task as there is no shortage of other brands out there. You also have to try and get the latest picture technology and other smart capabilities. There are numerous things to pay attention to when looking for a new display depending on its purposes, and we share it all with you. If you are looking for a top 40 inch 4K monitor, click here, or look at the top Acer monitors we reviewed, too. The more budget-friendly ones under $200 are reviewed in this post  and monitors for less eye strain can be found here. Also, if you want a monitor for  trading, screens for programmers, or graphic designers' top choice - we got you covered! They also come in all sorts of shapes and variations, so check out these ones that come with in-built speakers here. On the other hand, if you need multiple screens, dig into the top bezel less monitors in this post.

One of the most confusing decisions that buyers face is choosing between Oled and Led TV models. There is a lot of hype regarding OLED as they are said to produce excellent color and perfect black levels though it has issues with its peak brightness.

On the other hand, you have LED TV based on LCD TVs technology and use a LED backlight.

Both Led and OLED televisions come with skinny panels and millions of pixels that offer crystal-clear pictures.

So, in the battle between Oled and Led Tv, which one should you go for? You can also throw LED vs LCD, Nanocell vs OLED, IPS vs VA, and IPS vs LED displays in the mix (see Dell S2318HN Review), to boot.

What Are LED TVs?

The LCD panel contains pixels, which are the little colored dots that make up a TV's image. The pixels cannot be seen on their own, and they require a backlight. When the lights produced by the backlight shines, you can see the color of the static image.

If you have heard of QLED TVs, it is also a type of LED Tv. The only difference is that they use a technology known as quantum dots to offer better quality color and brightness.

What Are OLED TVs?

OLEDs can offer both light and color from the same source when you feed them electricity. Thus, the TVs don't require a separate backlight to light the pixels. Each pixel it displays is a self-contained source of color and light (see more on the subject in our 'What Is an OLED TV?' post).

One of the benefits of OLED TVs is that they are extremely flexible, thin, and rollable. As you are all probably aware, monitors using OLED have been great for some time now, too. They are more versatile than TVs if that's what you're looking for. With the OLED screen technology, every individual pixel receives its own power and luminance, unlike LEDs that require a backlight. When the LED TV is on, you can see it, when you put it off, it doesn't emit light at all.

Is QLED the same as OLED?

Although they sound similar, QLED and OLED are not the same. QLED uses LED technology, while OLED uses organic light-emitting diodes.

However, QLED TVs use a technology that overlays the self-emissive quantum dots over the pixels. Thus, you end up with better color accuracy, brightness, and vivid and lifelike images. Having this in mind, the best Samsung monitors we reviewed and the top Sceptre monitors we reviewed, to boot, are worthy alternatives.

Which One Should You Choose: OLED TV or LED TV?

We'll compare the performance of the LED Vs. OLED screens in terms of various traits, including brightness, viewing angle, contrast, refresh rates, and response time. The top-rated Asus monitors we reviewed are worthy replacements, as well.

For a display to offer perfect picture quality, it should produce deep and dark blacks. Deeper blacks enable the display to achieve richer colors and higher contrast, leading to more lifelike and dazzling images.

A Light-emitting diode TV uses a LED to light the pixels. You can also come across advanced dimming technology that helps to dim select dim lights that don't need to be in full blast. Even with the advanced dimming technology, LRDs have had a hard time displaying deep blacks. It can even suffer from light bleed, which causes the lighter sections of the TV screen to create a bloom in adjacent dark areas.

OLED TVs don't have a challenge displaying the deep blacks. Thus, you can expect the most vivid and lifelike images by the display. If one pixel in the OLED TV is not receiving electricity, it doesn't produce light, and it is black.

In the comparison on the black levels, OLED TVs come out as the clear winner.

These two technologies OLED and LED TV perform well when it comes to color space. Initially, most LED TVs were having a challenge displaying high-quality colors. However, a lot of advancement has led to the LEDs perform better in color accuracy, color volume, and color brightness.

If you want a TV with an HDR (high dynamic range) and wide color gamut, you will find one in either OLED television or LED TV models that offer the features.

However, OLED TVs perform better than LED in terms of high dynamic range when viewing in dark rooms. OLEDs have a better contrast ratio. But a premium Light-emitting diode TV has the edge over OLEDs in terms of HDRs as it can offer saturated colors at extreme brightness levels, which is not the case for OLEDs.

LEDs offer better performance when it comes to the brightness levels due to the LED backlights. The backlights can consist of large and powerful LEDs, and the quantum dots will preserve the brightness even when the LEDs become smaller.

However, most TVs, including OLED models, QLED, and LED, offer adequate brightness. The difference comes in depending on where you are watching the TV.

However, OLEDs have also had great gains in brightness, making them suitable for any situation, apart from the direct sunlight on the display.

In terms of brightness, LED TVs have the edge over the OLED TVs.

Most modern TVs come with 120Hz refresh rates, and some can go as high as 240Hz. This means the entire image on the screen is updated 240 times.

OLEDs can achieve up to 1,000 times higher than LED TVs in terms of refresh rates. But when looking at the refresh rates performance, you don't only consider the absolute speed. While watching movies and TV shows use single refresh rates, it is not the case when playing fast action games.

As such, gamers prefer a TV that can handle the variable refresh rate (VRR), a rare feature in both LEDs and OLED TVs.

On the other hand, response time refers to the time it takes individual pixels to change states in terms of color and brightness. If you have fast response times, you enjoy fewer artifacts and motion blur, regardless of your display.

On the other hand, LED TV use an LED light for brightness, and the LCD (Liquid crystal display) shutters help create color. The LCD shutters are slower in responding to states, making LED TVs have slower response times.

Finally, you have input lag, which refers to the gap in time between when you press a button and how it takes for the corresponding action to display technology. Input lag becomes an issue if the TVs have a lot of image processing, which slows down their signal.

The game mode in most modern TVs comes in handy in reducing input lag.

OLED TVs, on the other hand, are only available in 4K resolution only.

OLED offers best picture quality than what you get in LED models.

If you sit in front of a LED TV, the picture looks colorful and bright. But when you look at the screen from the sides, above, or below, the color, contrast, and brightness become washed out and distorted. This is caused by the backlight and shutter effect on the LED TV.

For an OLED TV, the excellent picture quality remains the same whether you are looking at the screen from the sides, above or below. This is due to the self-lighting capabilities of the OLED screen pixels.

The brighter the 4k TVs and OLED screens are, the more energy it consumes. The power consumption will also vary depending on content. For instance, a dark movie requires less power compared to a bright hockey game. If you want to make the OLED display more power-efficient, you have to reduce brightness, which will affect its contrast.

The energy consumption in LED TVs rely on your LED backlight settings. The TV will consume lower energy when you lower the LED light.

OLED Vs. LED TVs: Which One Should You Choose?

Whether you want a small, medium, or mega-sized TV, LED TVs are an excellent choice. These two TV types offer a wide selection of screen sizes to choose from, and they are also popular, which means they are cheaper in price.

However, if you are looking for top-notch, energy-efficient, color quality, OLED TVs will make a perfect choice though they may cost you more. OLED TV allows you to make adjustments to achieve the best color quality.

Both OLED and LED TVs have the capabilities to offer high-quality and lifelike images.

1. Which is better OLED or LED?

In terms of better picture quality, OLED TVs continue to outperform high quality LED TVs, despite the latter technology's recent advancements. Additionally, OLED technology is lighter and thinner, consumes less energy, has the best viewing angle by far, and, while still slightly more expensive, has come down significantly in price.

2. Does OLED last longer than LED?

3. Why is OLED still so expensive?

OLEDs are manufactured using a different process: OLEDs are currently limited in size to 400mm x 500mm in the merchant-fab world. TV-sized OLED panels are custom-made, which adds to their cost.

4. What are the problems with OLED TVs?

While burn-in is possible with OLED, it is unlikely to occur during normal use. The majority of "burn-in" is actually image retention, which is temporary and disappears after a few minutes. You will almost certainly notice image retention long before permanent burn-in occurs. In general, burn-in is something to be aware of, but not to be concerned about.

5. Is OLED TV worth buying?

OLED TV is definitely worth buying. In comparison to its predecessors – and the majority of LCD TV is currently on the market – OLED TVs deliver significantly improved image quality (think deeper blacks and brighter whites), as well as lower power consumption and significantly faster response times. 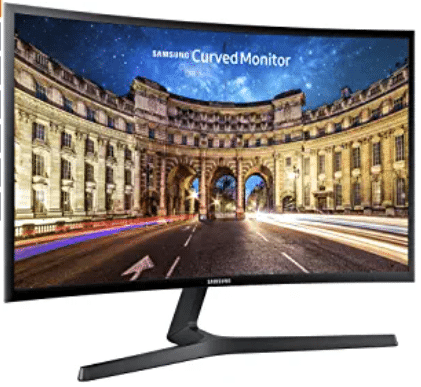 Get It Now
x