Most gamers know the story of NVIDIA and AMD. One made the graphics card; the other made the processor. But when both competitor companies announced new technologies, some gamers wondered if it was worth it to purchase higher-end gaming hardware to take advantage of so-called “FreeSync.”

We evaluated the impact on playability and responsiveness for PC gaming. Then the ultimate test: Is FreeSync Worth It?

What is FreeSync: How Do FreeSync Monitors Work?

Free Sync is a technology that allows AMD graphics cards and monitors to work together to create a tear-free image. The technology came as a tweak to the existing adaptive sync standard.

When using FreeSync, the graphics card sends a signal to the monitor indicating the frame rate it is currently outputting frames. FreeSync monitor then uses this information to determine when to begin and end its own refresh cycles. This prevents screen tearing when the graphics card and monitor are out of sync.

It's particularly beneficial for AMD graphics card users, as it's been built into their hardware. If you use the Nvidia graphics card, you can also benefit from using a compatible monitor and G-Sync software. 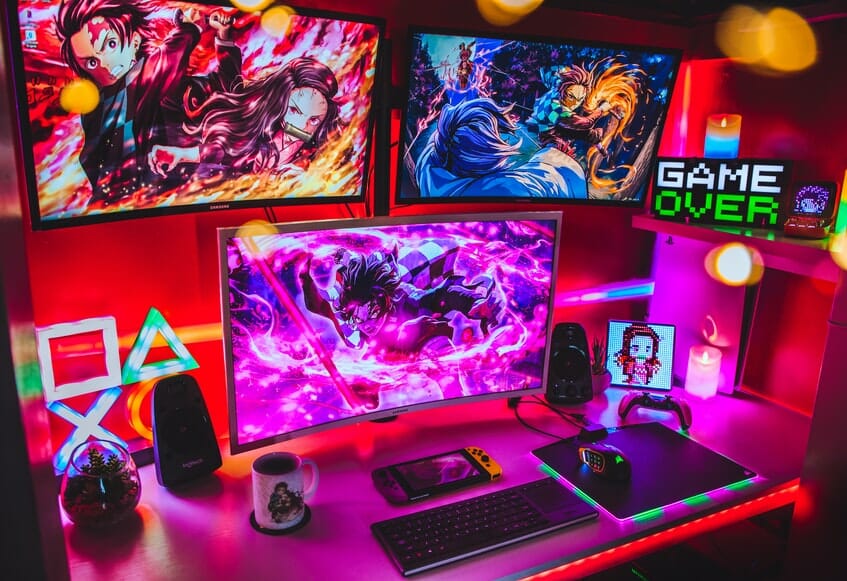 FreeSynch makes the image look smoother.  It prevents screen tearing, which happens when part of the image flashes briefly on-screen out of sync with the rest of the image.

This often happens during low frame rate compensation–below 60 FPS. It causes part of one frame to be displayed on one scan line and part of the next frame on the following scan line.

Also, screen stuttering occurs when there is a lot of motion on the screen. It can be caused by changes in frame rate, graphics load changes, or both.

The advantages of FreeSync include:

As seen, AMD's FreeSync technology aims to deliver smooth gameplay without any screen tearing or artifacts.

Unfortunately, there are several notable trade-offs when using this tech.

Who Should Buy a Monitor With FreeSync

The first category of those who should buy a monitor with FreeSync is those people who have an AMD graphics card and a compatible motherboard.

Also, other games that don't require great graphics, such as Rising Storm, Counter-Strike: Global Offensive, or World of Warcraft, could be improved by playing with a monitor which has FreeSync.

All in all, the most important thing to consider is if your graphics card supports FreeSync.

Another reason to buy a monitor with FreeSync is that it reduces the input lag. This makes the game feel more responsive, and it’s easier to hit your target, giving you an advantage in competitive games such as Overwatch. 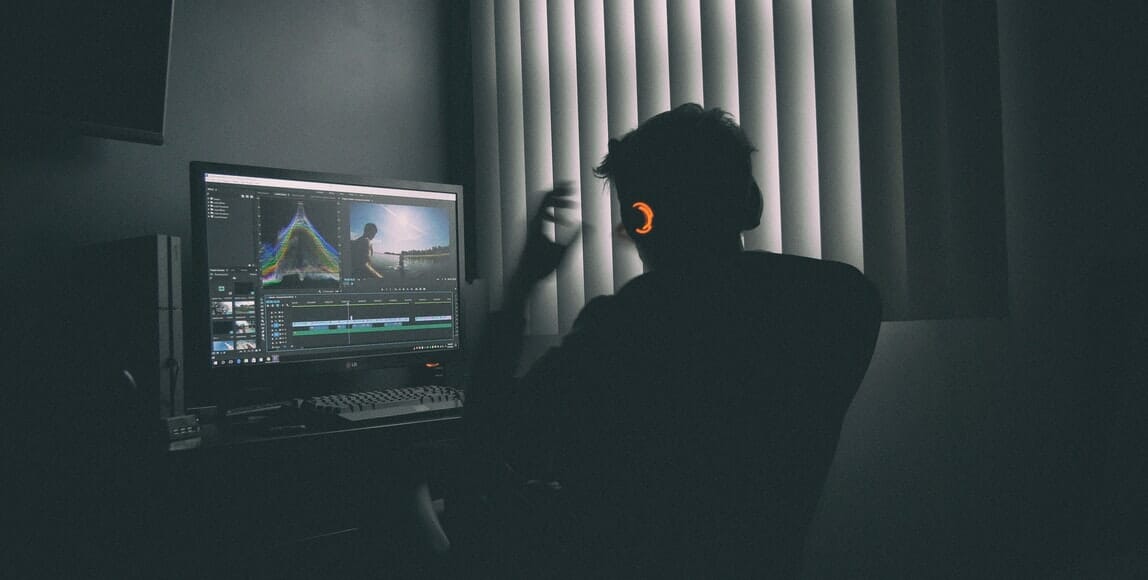 Who Should Not Buy A Monitor With FreeSync

FreeSync is not going to help you with that. If you're playing a game that requires low latency (such as first-person shooters), look for a monitor with a very low input lag time.

People who use their monitor for professional purposes.

FreeSync can cause some artifacts when used in conjunction with specific software or hardware tools. So, if you're using your monitor for professional purposes (such as a photo or video editing), it's best to avoid monitors with FreeSync.

Those with NVIDIA card

You should not buy a Freesync compatible monitor if you have an NVIDIA g sync card. FreeSync is an AMD technology that helps to smooth out the image on a monitor by synchronizing the monitor's variable refresh rate with the frame rate of the video card.

Since NVIDIA cards don't use a refresh rate, they can't exhibit this feature. So if you have an NVIDIA card, it's best to buy a monitor without AMD FreeSync.

Alternatively, you could buy a G-Sync monitor, NVIDIA's alternative to FreeSync. 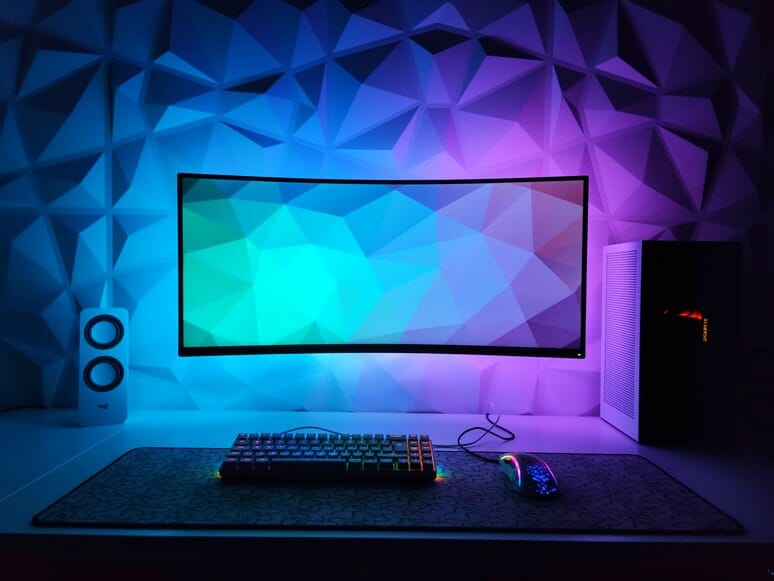 Verdict: Is FreeSync Worth it?

With the lack of availability of G-SYNC monitors, FreeSync has started to prove itself as an excellent alternative for gamers looking for better refresh rates.

The software does not require additional hardware other than what you would need on an ordinary monitor.

AMD's Radeon R9 290X uses Mantle, AMD's API that allows game developers to maximize the performance of their games by giving them complete control over your GPU.

The software creates custom monitors that adjust to current game frame rates, but this is only available on Radeon GPUs. FreeSync does not require any special hardware other than an ordinary monitor.

FreeSync is worth it because of the price, availability, and complete customization over how much "tear" or "input lag" users see while playing their favorite games.

Additionally, this software is compatible with all Radeon cards from the 7000 series onward. It is also worth it because of how much more control you have over your monitor's refresh rate, unlike the restrictiveness of G-SYNC.

Lastly, FreeSync is worth it if you can't get a hold of a G-SYNC monitor. You want a very similar alternative, and FreeSync is definitely your way to go. 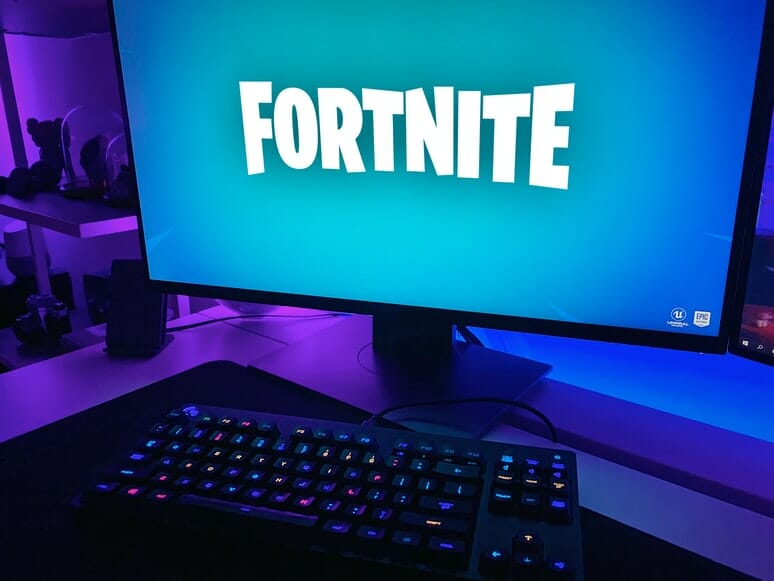 What About FreeSync 2 HDR

This is a technology that allows for variable refresh rates (VRR) and High Dynamic Range (HDR) content to be displayed on monitors and TVs.

AMD FreeSync 2 HDR technology is an update to the original FreeSync technology.

So how does it work?

HDR content is typically much more demanding on display than standard content and can cause issues like stutter or screen tearing when used with a VRR. With FreeSync 2 HDR, displays are able to communicate their maximum capabilities directly to Radeon graphics cards, which in turn optimizes the VRR range to best match those capabilities.

This ensures that HDR content looks its best on a FreeSync 2-enabled display, with no stuttering or screen tearing.

FreeSync 2 HDR is very different from traditional HDR. With FreeSync 2 HDR monitor, it communicates with the graphics card to ensure that the image on the screen is as close to the original content as possible. This is done by adjusting the brightness and color of every pixel in real-time.

Traditional HDR adjusts only certain pixels in an image, which can create a "halo" effect around bright objects. This is because those pixels are being adjusted too brightly compared to the surrounding pixels.

With FreeSync 2 HDR, there's no halo effect because each and every pixel tweaks to match the original content as closely as possible.

This updated version of AMD's FreeSync technology allows for a wider color gamut and increased brightness. It also includes support for Low Framerate Compensation (LFC), which helps to smooth out gaming performance when frame rates dip below the minimum supported by the monitor.

So far, only a few monitors have been released with FreeSync 2 HDR support, but more are expected to hit the market. If you're looking to purchase a new monitor and want one that supports HDR gaming, make sure to look for the "FreeSync 2 HDR" logo.

Do You Really Need Freesync?

Yes, freeSynch is essential, especially if you’re a gamer. AMD's FreeSync technology is a way to synchronize the refresh rate of your monitor to game frames.  It does this, eliminating stuttering, tearing, or other artifacts.

Is Freesync Better On or Off?

You should turn on FreeSync to eliminate tearing and stuttering. Make sure you've enabled the feature in your monitor's on-screen display. Ensure it's turned on in your graphics card's driver software.

Is Freesync Good For Gaming?

FreeSync technology allows the monitor to synchronize its refresh rate with the framerate of the game so that you don't get screen tearing during gameplay. Also, it helps eliminate stuttering and input lag. The end result is a smooth and seamless gaming experience. 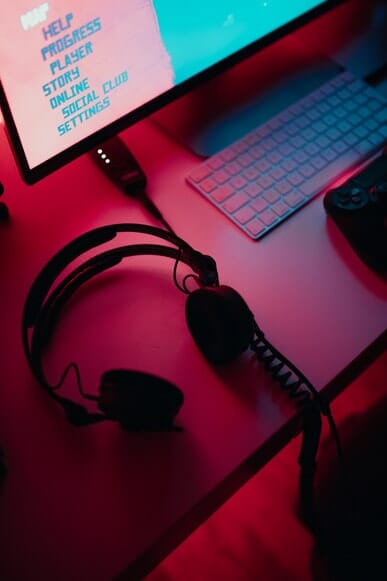 For gamers, FreeSync is a game-changer. It adds fluidity to gameplay that wasn’t there before. It also saves power by eliminating the need to refresh every frame, meaning less strain on your graphics card.

So, if you are looking for smooth gaming without any downsides or compromises, FreeSync is definitely worth it!