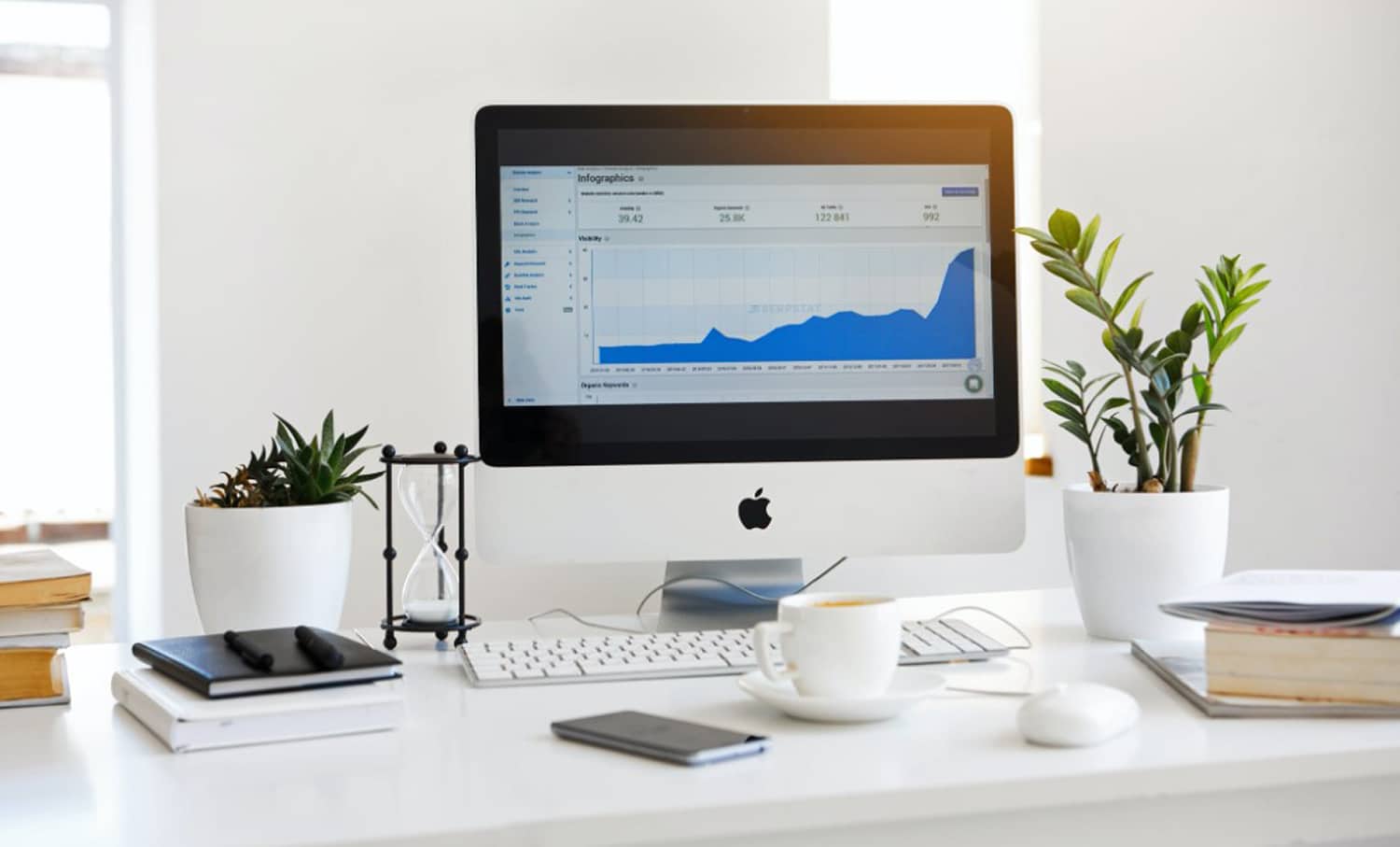 Ask 100 people whether Macs need antivirus and you’ll be looking at close to 100 different answers.  The subject of third party antivirus software and Mac security is one of heavy debate. Millions are totally convinced that the Mac antivirus embedded in the operating system itself is more than enough.  By contrast, others insist that Macs need antivirus from third party software producers, due to inherent security and privacy issues.

Truth is, Macs are open to the same security vulnerabilities as Windows PCs. The difference with a Mac compared to a Windows system is that Apple products benefit from greater in-built protection from viruses, malware and other everyday security issues.

However, it was all the way back in 2012 that Apple itself stopped proclaiming that Apple computers and laptops do not get viruses. The claim was withdrawn due to the fact that Macs and Apple devices in general do get viruses and may be susceptible to all the usual threats. That is why we got you covered if you need an antivirus for your work. You can also check out our best gaming antivirus review, or if you are looking for an antivirus with a VPN, click here.

MacOS remains much safer than Windows and other operating systems, but its built-in Mac antivirus security is by no means flawless. Built in security for Mac computers therefore needs to be bolstered by the best antivirus for the job. Look no further than this review to find out more about the best antiviruses for Mac.

Here’s an important factor to be aware of – malicious software targeting MacOS an OS X devices increased in prevalence in early 2020 by 50% compared to the year before. As for why, it’s a simple case of Mac OS users in general having a tendency not to take malware and general protection seriously.

The fact that you don’t protect your Mac properly with third party Mac security isn’t something that’s escaped the attention of cyber criminals.

Roughly translated, they’re fully aware people don’t tend to secure their Macs in the same way as the average Windows user, and they plan their attacks accordingly. Precisely where more advanced antivirus protection for Mac desktops and laptops can prove invaluable. 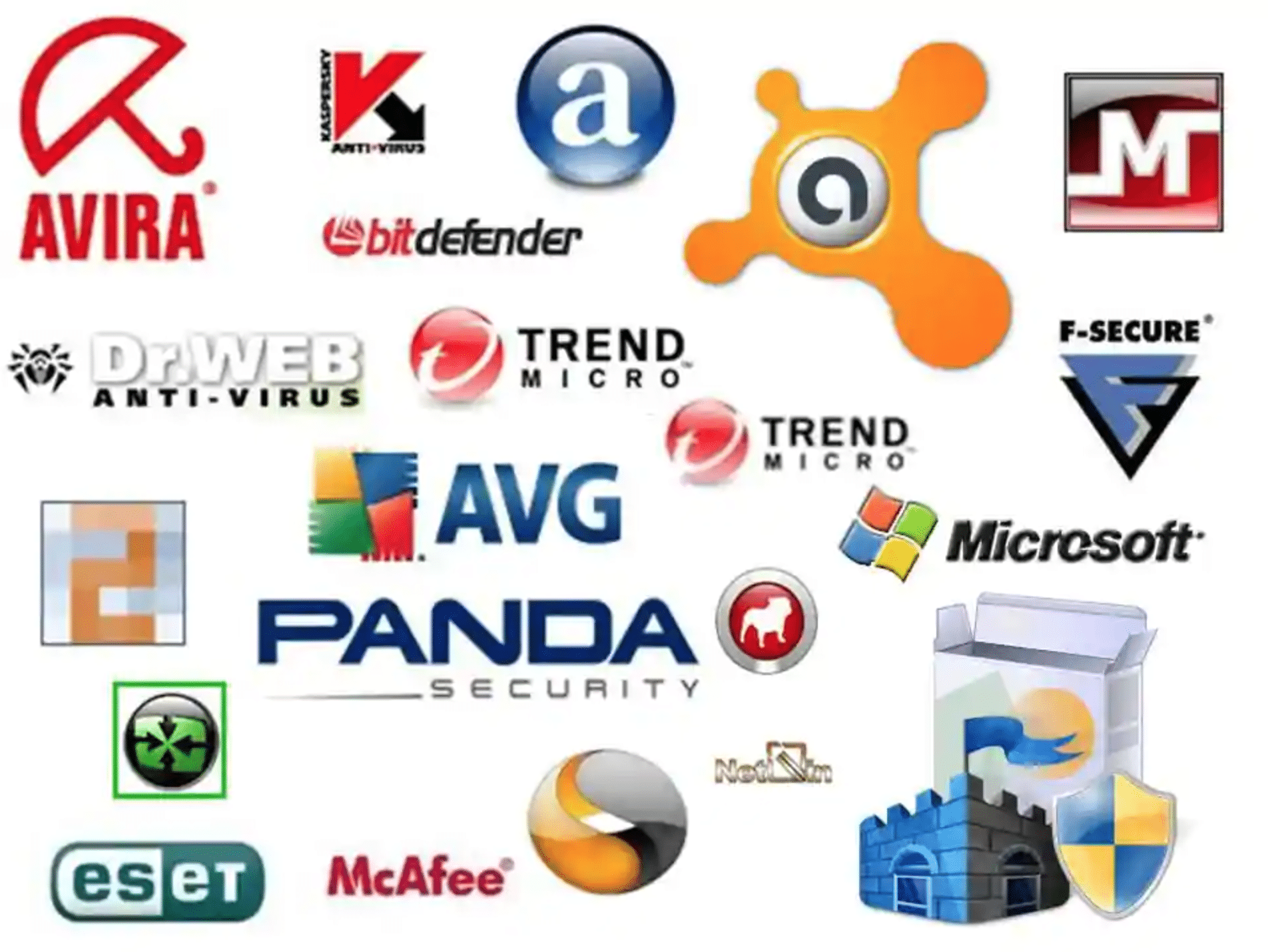 Do I Need Antivirus for Mac?

It’s up to you and you alone to protect your machine and keep it safe.

Hence, the best way is to simply bite the bullet and secure your Mac using a tried, tested and trusted software package from a leading developer.

Why are Macs becoming such popular targets?

Increasingly, hackers and cyber criminals are targeting Mac users with greater prevalence than ever before. Keeping your PC or MacBook protected from all possible vulnerabilities has never been more important, for the following four reasons:

One of the biggest problems of the whole security issue is how you often don’t realize there’s a problem until you’re quite hopelessly infected. At which point, attempting to repair the damage done isn’t easy.

Hence, protection from anything and everything malicious is the only viable option for keeping your data, your files and your Mac safe.

Do Macs have built in antivirus?

One of the more appealing aspects of MacOS over other operating systems is that it features its own built-in malware detection system. A feature that’s being enhanced and improved all the time, enabling it to detect more zero-day threats than most comparable in-house security suites.

Some of the security features you gain access to if you use Apple’s Mac computers include the following:

• Gatekeeper: Gatekeeper has been designed to ensure that anything that hasn’t been formally approved by Apple is blocked from running on your computer unless you authorize it to do so.

• XProtect: The XProtect feature monitors for malware or signs of malicious intent, preventing anything suspicious from being installed on your machine. It’s also updated regularly to keep up with the latest threats and potential vulnerabilities.

Even so, it’s down to the user to ensure they keep their computer and their apps up to date, in order to keep up with all new and existing threats. Automatic security updates should therefore be enabled, which you will find in the ‘System Preferences’ menu. 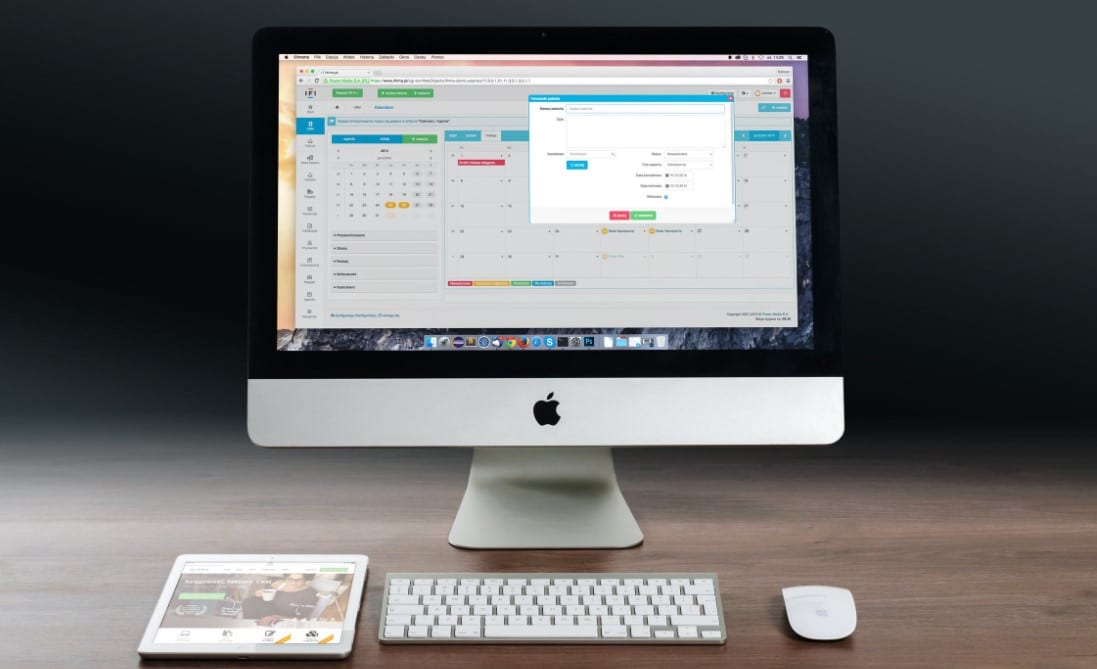 How to keep your Mac computer secure

It’s when you begin taking the whole malware and virus protection thing for granted that you leave yourself wide open to various types of attacks. As with all types of computers and operating systems, proactivity holds the key to keeping things secure.

This means plugging as many ‘gaps’ as possible in your Mac built-in security coverage, which can be helped with the following:

• Enable your firewall: Keep your firewall active at all times and consider boosting it with a third-party firewall as part of a separate security suite.

• Disable Java: It’s advisable to disable Java as not only is it largely outdated and unnecessary, but it’s also rife with vulnerabilities.

• Restrict access to your computer: Important at work and elsewhere, never leave your machine unlocked or allow anyone else to use it without your direct supervision.

• Never open unknown files: Unless you know exactly where it came from and who sent it, treat any file you receive as a potential security threat.

• Be wary of unverified software: Be extremely careful with the apps and programs you install and use, sticking exclusively with those that have been tried, tested and verified.

• Use strong passwords: Along with assigning the strongest possible passwords in the first place, they need updates on a regular basis.

• Keep your software updated: As already touched upon, make sure you enable automatic security updates to protect your computer at all times.

In addition to the above, setting yourself up with the best antivirus suite you can lay your hands on should be considered mandatory. Install antivirus software and much of the work is taken out of your hands, or at least made that little bit easier.

Which antivirus is best for Mac?

Picking up antivirus software and apps for the first time can be daunting, given just how many options there are to choose from. As with Windows PCs and mobile devices in general, the rule of thumb is to stick with one of the market’s leading developers and top-rated apps recommended by experts.

A few examples of the options you could install for added protection include the following, which are listed in no particular order:

Always one of the safest options to go with, Kaspersky Internet Security for Mac ticks all the right boxes at an affordable price. For around $40.00 per year, you get everything from webcam spying security to phishing protection to content filters and so much more. It can even remove potentially unwanted files, folders and applications from your system.

A powerhouse that needs no introduction, Norton 360 Deluxe provides total protection for up to five devices simultaneously, along with an impressive VPN for safe and discreet browsing. It’s also a bargain at $40.00 for the first year, though increases in price to $100 per year thereafter.

Available with a reassuring 30-day money back guarantee, Intego Mac Internet Security X9 excels as it was designed specifically and exclusively for Apple computers. It’s not simply a spinoff of a Windows-focused antivirus suite, so it knows its way around MacOS better than most. It also excels in malware protection and phishing scam detection.

One of the biggest points of appeal with VIPRE Advanced Security is the sheer number of features and functionalities it brings to the table. It’s not the easiest to get to grips with as a newcomer, but nonetheless rivals Norton, McAfee and Bitdefender in terms of both performance and value for money. 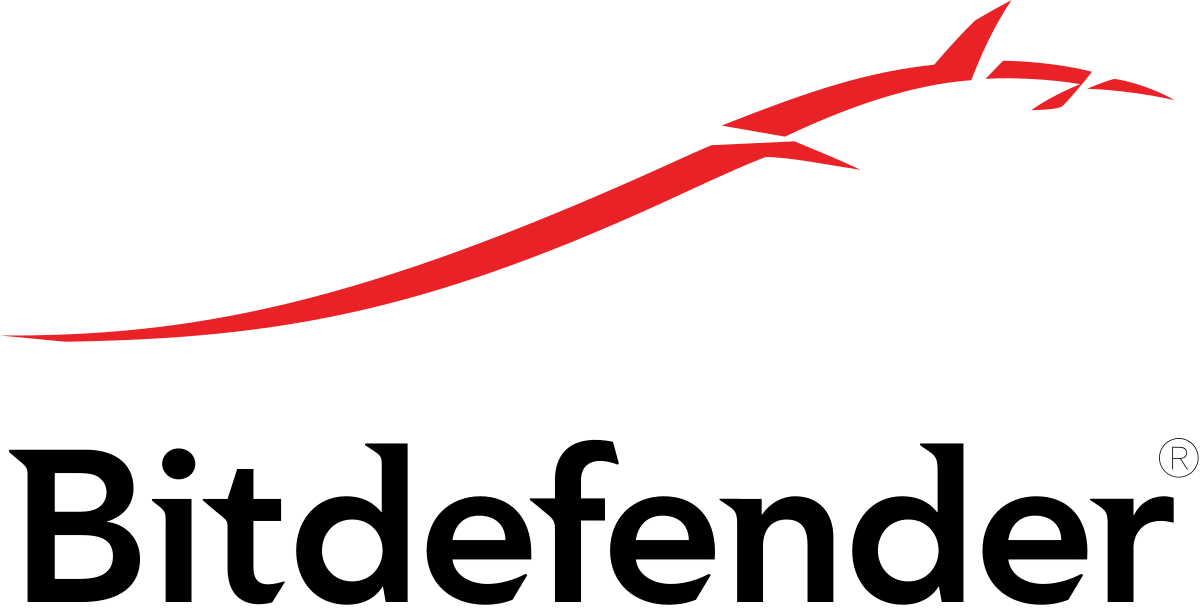 Outstanding performance at an affordable price, Bitdefender Antivirus for Mac combines a Biblical array of features with the reassurance of a 30-day money back guarantee. If you’re not totally convinced after putting it to the test, they’ll provide you with a refund – no questions asked. Bitdefender Antivirus for Mac boasts one of the best VPNs in the business (as part of an antivirus software suite).

Rounding things off, it’s a tale of two halves with free antivirus. On one hand, you could (quite rightly) argue that a free third-party protection suite is better that no additional protection whatsoever. On the other, free security software is nowhere near as robust as its paid counterpart, though has a tendency to lead many users into a false sense of security.

In addition, free software often brings the irritation of annoying popups, reminders and pushy sales pitches into the equation.

In conclusion: Is antivirus recommended for Mac?

Yes! Built-in protection is a decent option for getting to grips with how Mac security software works, but in most instances cannot be considered a viable long-term solution in its own right.

1. How do I check my Mac for malware?

How to check for malware on a Mac and whether or not Macs can get viruses.

- Conduct a virus scan
- Download and install an antivirus program.
- Launch the app and initiate a full scan.
- Wait until the scan is complete before examining the results.
- Eliminate detected threats and undesirable components from your Mac.

2. What is the best malware removal for Mac?

- Kaspersky - Always one of the safest options to go with, Kaspersky Internet Security for Mac ticks all the right boxes at an affordable price.

- Norton - A powerhouse that needs no introduction, Norton 360 Deluxe provides total protection for up to five devices simultaneously.

- Intego - Available with a reassuring 30-day money back guarantee, Intego Mac Internet Security X9 excels as it was designed specifically and exclusively for Apple computers.

- VIPRE - One of the biggest points of appeal with VIPRE Advanced Security is the sheer number of features and functionalities it brings to the table.

3. Does Apple recommend clean my Mac?

Macs do not require any type of cleaning application. The majority of them will clean so thoroughly that they will delete necessary system files. That's awesome you have a Mac - how old are you? Apple makes no endorsements of any third-party software.

4. Can Macs get malware?

Yes, Macs are susceptible to virus infection. Regrettably, malware can infect your MacBook, iMac, or Mac Mini. Although Macs are less vulnerable than Windows computers, viruses and hackers can still attack them successfully.

It does remove viruses and malware, but not always. If your PC, Mac, iPhone, or Android smartphone becomes infected with a virus, performing a factory reset may help remove it. A factory reset, on the other hand, should always be approached with caution. You will lose access to all of your data.